Kökär in the Turku archipelago, one of a series of settings for the Lights Concert Series, part of the Turku 2011 programme. Photo: Esko Keski-Oja

Since 1985, the Council of the European Union has annually chosen a European Capital of Culture, to “highlight the richness and diversity of European cultures”, and to “bring people from different European countries into contact with each other’s culture”. My Finnish hometown of Turku, nestled in the midst of the picturesque archipelago of some 10,000 islands in the Baltic Sea is, along with the beautiful medieval town of Tallinn in Estonia, the European Capital of Culture for 2011.

And what an exciting year it has already been for Turku. Commencing with a spectacular opening ceremony, involving flying dance troupes, hundreds of lantern-bearing school children and a 350-strong choir parading the cobbled streets of Finland’s oldest town, Turku’s 2011 cultural calendar has embraced thousands of individual events, performances and productions. 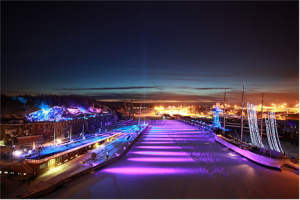 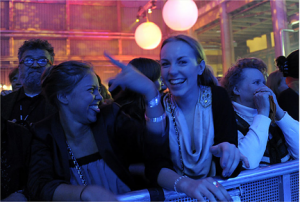 The individual events have ranged from the beautifully ethereal exhibition 876 Shades of Darkness, contemplating the long dark nights of the Finnish soul, to the alfresco performances of the Opera d’Alvilda in Abo, an Italian opera written in 1692, being performed in the grounds of the imposing Turku Castle. 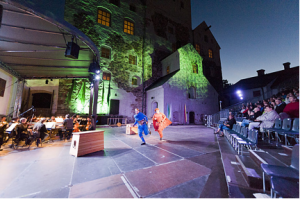 Historically Turku has embraced culture in all its forms, whether it be through a vibrant music scene centred around two annual music festivals occupying the town centre and nearby island of Ruissalo, or the numerous art and archaeological museums and impressive number of amateur theatres (I counted 13). 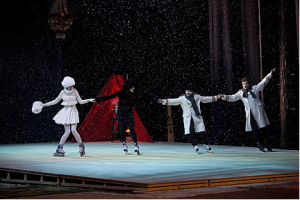 This tradition of theatrical performance in Turku is embodied in the rather bulky 60s concrete façade of the much-loved municipal theatre. Offering productions of both homespun and international favourites, the theatre’s Anna Karenina has been extremely well received this year, earning accolades like the prestigious Thalia award for the 2011 Best Theatrical Performance.

Every summer, the spirits of the medieval possess the cobbled streets of Turku’s old town with the Medieval Market fair that habitually attracts around 100,000 visits over four days. Re-enacting everyday street life as as it might have been lived in the alleyways and squares of medieval Turku, this entertaining and informative fair arrives every year, complete with rope twisting competitions, fearful knights and mischievous jesters (see here for a photo album – click on the links on the left to view more pictures). 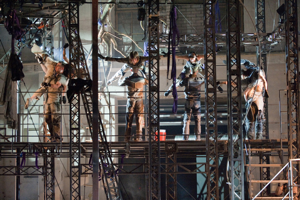 Next door, the prestigious (and always oversubscribed by aspiring undergraduates) Turku Academy of Art overlooks the symbolic heart of the city, the river Aura. The adjacent city ferry “Föri” takes passengers on a cultural voyage across the river: its distinctive yellow deck has acted as the setting for more than one art performance in the 90 seconds it takes to cross the river.

The 2011 European Capital of Culture award has stimulated Turku’s cultural heritage in new and novel ways, as the variety and sheer volume of productions and performances are acting to bring a new flavour, as well as a renewed vigour, to an already rich cultural landscape. 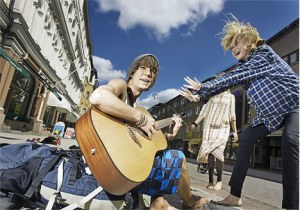 We must not forget that Turku and Tallinn will pass the mantle of the European Capital of Culture to the towns of Guimarães and Maribor in 2012, and all Turku residents would urge their fellow Europeans to embrace the fascinating cultures of these towns with the same enthusiasm and interest that have been visited upon Turku and Tallinn over the past year. The spirit of the occasion, and the genuine, absolute honour the locals express on being bestowed the award, will stay with Turku for a long time to come.