Today we have a guest post from Elizabeth Stewart, from the Cornish Language Partnership, on why Cornish is a great language to learn.

The Cornish language, or Kernewek as it is known by those who speak it, is enjoying a hugely successful revival.  Those who are fortunate enough to live in the Duchy, or visit it on holiday, have only to look around them to see proof of this, with bilingual road signs springing up on street corners and businesses proudly asserting their origin by naming their products in Cornish.  It’s an exciting era for the language, and learning has just become easier and more enjoyable with the release of three new EuroTalk resources in Cornish.

Cornish is a Celtic language and is most closely related to Welsh and Breton, though it also has strong links to the other Celtic languages of Irish Gaelic, Scots Gaelic and Manx.  Up until the mid sixteenth century it was the main language spoken across Cornwall but pressure from English caused Cornish to decline and retreat to the far west.  By the beginning of the nineteenth century Cornish had all but died out as a community language, but in 1904 Henry Jenner published a Handbook of the Cornish Language which kick started the revival of Cornish as a living, spoken language.

Since then the number of people learning and using the language has escalated, with Cornish receiving official recognition as a minority language in 2002 under the Council of Europe’s Charter for Regional or Minority Languages. 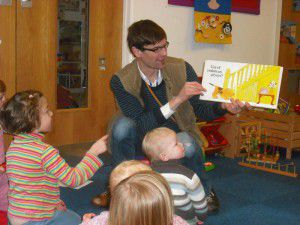 Today Cornish is one of the fastest growing languages in the world, and this is set to accelerate with more schools than ever choosing to teach Cornish, from pre-schools (including a fully bilingual one that teaches through the medium of both Cornish and English) right through to secondary schools.

Businesses are also embracing the use of Cornish.  Local enterprises such as Polgoon Vineyard have made a point of choosing Cornish branding as a mark of local origin and several of their products are named in Cornish.  Meanwhile national companies such as JD Wetherspoon have a policy of putting up bilingual signage in their Cornish pubs, as well as giving them names in Cornish such as “Try Dowr” (Three Rivers) in Truro and “Chapel an Gansblydhen” (Centenary Chapel) in Bodmin.

Cornish is also used in the community, with Scouts and Guides learning their motto and promise in Cornish, gig rowers naming their gigs in Cornish and an increasing number of individuals using Cornish for everything from house names to children’s names, wedding vows to tattoos.

If you would like to join the growing number of people who are taking an interest in Cornish, order your copy of either Talk More (suitable for adult beginners) or Talk the Talk (suitable for younger beginners) from EuroTalk today, or if you’ve already been learning for a while try taking your Cornish a bit further with Talk Business.

For more information about the Cornish language, visit www.magakernow.org.uk.