Why Fluent English Language is Important for Business

Today we have a post by guest blogger Jeff Peters on the importance of the English language in the business world.

Globalization is a dominant feature of post-modern industrial and developing societies and is being led by multi-national corporations. Whether it is high tech companies such as Apple, automobile manufacturers like General Motors, or even much smaller firms that specialize in one-off items manufactured throughout the Far and Near East, business has managed to overcome trade and regulatory boundaries in order to sell wares through free markets. Communication is paramount; imagine the difficulties if no efforts were made to establish a cohesive way by which businesses communicated. This is perhaps the over-riding reason as to why English has been chosen to be the de facto language of the business world. 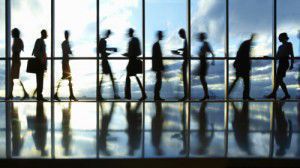 We may have Hollywood to thank for the predominance of the English language throughout much of the world today. Distribution of American movies, television programs and music has allowed many peoples, even in so-called third world nations, to at least become somewhat familiar with spoken English. A large percentage of multinational corporations originated in the United States and continue to be headquartered in this country and their influence throughout the global community is quite predominant. Perhaps most important of all is the emergence of the Internet, where the English language predominates and is evidenced by the fact that many foreign language websites provide the means for translation into English.

English as the Model of Efficiency

While English may not be easy to learn, it has been adopted by foreign companies as the most effective means of gaining access to global commerce and trade. This is reflected in the fact that worldwide, close to two billion people are currently learning English. According to language experts at SolidEssay.com, which is a college paper writing service, having effective English language skills will not only allow for access to commerce and trade, it also provides an efficient way by which business is conducted. Cultural differences aside, the predominance of English has allowed for an efficient means to conduct business throughout the world, and has also provided an effective tool used to deal with political differences, also viewed as barriers to trade.

Why is this Important to Individuals?

With the rise of English as the language of choice throughout the global business community it is important for non-English speakers to understand that without the necessary language skills they run the risk of being left behind. Each must adapt their skills to business needs and to be a cog in this dynamic world it is important to learn the lingo. Hence, learning English is primary to individual success and should be given to anyone wishing to gain access to the corporate world of today. As the spread of English continues, learning the language appears to be one of the most productive means to meet the demands of a rapidly changing world.

Jeff provides essay writing tips through SolidEssay.com. One of his recent publications is on how to write a rhetorical analysis essay.

Remember with Talk Business, you can learn English from over 70 other languages.