Learning Mandarin: Never call your mother a horse, and other tips

Cameron’s spending a couple of weeks with us here at EuroTalk for work experience. In today’s blog post, he explains why he chose to learn one of the world’s most difficult languages, and gives his suggestions for anyone who’s thinking about taking up the challenge.

Are you learning Mandarin? What drew you to the language? And do you have any tips of your own to share? 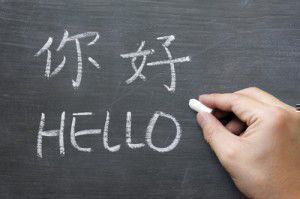 Mandarin is recognised as one of the hardest languages to learn in the world, but with great difficulty comes great reward, as Mandarin is also one of the most useful languages in the world.  Mandarin is so useful because it is spoken by almost 15 percent of the earth’s population natively, which is almost 1 billion people, and this figure does not include non-native speakers like myself. Also, China is one of the economic and industrial giants of the 21st century, and it’s still growing. Therefore Mandarin is very useful if you want to do business with the people involved in the global superpower that is China. As well as the practical reasons, Mandarin is also a great language to learn for cultural reasons, because, as you probably know, when learning any language, the culture of that country comes hand in hand, and China has a fascinating culture with a rich history.

Furthermore, if you learn Mandarin, that adds an extra incentive to make a trip to China to practise your newfound passion, and what’s a better way to spend your holidays than walking the great wall of China or paying a visit to the Terracotta Army? Additionally, if you’re the kind of person who relishes a new challenge, Mandarin is the perfect language for you, because, as I previously stated, it’s one of the hardest languages to learn in the world. On top of this, Mandarin will also appeal to you arty types out there in the form of calligraphy; this is a form of Chinese writing that involves painting the characters onto special paper called Xuanzhi (宣紙).

The most important thing to remember when learning Mandarin is not to get overwhelmed by the vast number of characters in the language; in fact I wouldn’t even worry about characters until you become more advanced in the language. Instead, begin by focusing on the oral side of the language, in particular, the pronunciation of words. In Mandarin pronunciation is key, for example, the word ‘ma’ can be said in four different ways and means four different things, so be careful not to call your mother a horse by pronouncing this word wrong!

A good thing to use to mark your progress of learning Mandarin is the HSK exams. These exams are held once a month and there are numerous different levels to work through, ranging from beginners exams to exams for people who are almost fluent, as well as the added bonus that they are recognised qualifications throughout China.

If you’re interested in learning Mandarin, you can get started completely free with uTalk for iOS. Enjoy!