Learning a language is one thing… but what happens when that language changes depending where in the country you happen to be standing? That’s the subject of today’s blog post from Kelly – if you’ve encountered any of these regional confusions, we’d love to hear about them!

When is a roll a cake?

Before you break out your finest John Shuttleworth impression in fear of pudding before main, there is actually a very good answer to this.

Because unless you’ve never ventured further than your local shops and the thought of travelling to the next borough, town or neighbourhood fills you with a sense of dread, you’ve probably noticed that local words for things vary.

We don’t necessarily mean profound things like finding yourself receiving a chocolate biscuit when you asked for a custard cream (no complaint there really but still, confusing), but honestly, there is a minefield of potential outrage and disappointment out there if you’re not sure what you’re asking for.

Be careful where you ask for a ride, for example.

Back to our conundrum. 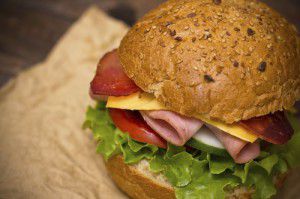 When I left that there London many years ago from the pigeon-infested Victoria Coach Station on a one-way journey to Yorkshire, I’m pretty sure in my possession was a copy of Kerrang, a selection of confectionary, and a bread roll containing cheese and pickle.

Somewhere along the M1 that innocent-sounding sandwich was eaten, but had it remained intact, a magical thing would have happened to it. For on the journey North, it would have transformed from a roll, to a batch, to a cob, perhaps to a scuffler (I forget the exact National Express route…) before finally settling on being a breadcake.

In Britain, even wheat-based products have identity crises.

How do you say…

English is a diverse language for both native and non-native speakers alike, but think how much more embarrassing it is for a native speaker not being able to order something in their own country in their own tongue. We normally reserve such ridicule for when we travel abroad unprepared, in the arrogant but not-so-naive knowledge that English is spoken everywhere. But on our own doorstep, a quick weekend away can mean an unwanted education in local colloquial vocabulary.

Perhaps it would be easier to stick to the tourist move of pointing at the menu and blinking mutely. 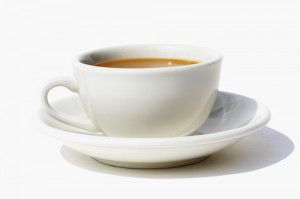 Another area of confusion could be the names for mealtimes. There is a fond memory of a misunderstanding over tea and dinner time. An offer of tea to a friend was met with an expectation of milk, sugar, and possibly biscuits, but when the option presented was tuna and sweetcorn, it was rapidly declined. With a horrified expression that said, ‘who are you people? What are you doing to the sanctity of the cup of tea???’, a friendship was on the brink. Because breakfast, lunch and dinner can also be breakfast, dinner and tea, depending where you are in our humble isle. (The tuna and sweetcorn was for a jacket potato, in case you were wondering).

While we’re on our home-away-from-home soapbox, can we take this opportunity to complain about the options available for a ‘pattie’ in your local fish and chip shop? Because again, depending on where you go, this could be fish, potato, fish and potato, potato in a mixture resembling bubble and squeak… There are probably more variations too, and one place we really don’t want to be confused is our chippy. Next you’ll be debating if the perfect side is mushy peas, curry sauce or gravy, and it’s all too delicate a subject for us to deal with without serious, in depth thought. To quote Hot Pie, “you cannot give up on the gravy.”

See? Now look what’s happened. We’re hungry and we want pie. But when is a pie not a pie?

That’s it. Time for a pub lunch.