Having just returned from a short trip to Luxembourg, I thought I’d continue with our ’10 reasons to visit’ series by giving you a few reasons why you should consider a trip to this central European country.

Luxembourg may be small, but it’s certainly worth a visit, and here’s why:

1. Great links with the rest of Europe

Luxembourg is just a short, hour-long flight from London, with several airlines and airports serving Lux airport. Our return flights were only £60 with BA. Or you could easily fly or drive from most big cities in Europe. Luxembourg also uses the Euro, which is convenient for other European visitors. 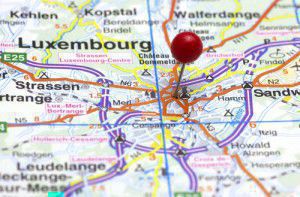 Ok… so my second reason to visit a place probably shouldn’t be that it’s easy to leave it again, but hear me out! I spent five days with a friend who lives in Luxembourg city, and during that time we hopped on the train over to the border to Trier in Germany and Nancy in France for just 10 euros a time. Luxembourg’s central location and small size means it’s easy to get two or three countries for your money by taking a short drive or train ride to one of the nearby cities, and fit as much as possible into your trip.

Of course, my next reason has to be language-related! This small country has THREE official languages: Luxembourgish, which is spoken as a mother tongue by almost all residents; French, which is commonly used in restaurants, shops and cafes, and German which is frequently heard in the media. English is also widely spoken. So while you’re there, you can easily practise your French or German, as well as maybe picking up a few phrases of the local language. It was definitely a good opportunity for me to use a bit of French when ordering food and drinks. (By the way, EuroTalk offer all three official languages.)

Luxembourgish cuisine is very similar to German/Austrian, with plenty of meat and potato-based dishes. I came across plenty of my favourite German dishes such as Kaesspaetzle (an egg based dish which is a little like pasta or dumplings, with plenty of cheese!), Schnitzel (breaded pork fillets) and Rosti (Swiss-style potato cakes), not to mention Apfelstrudel and cheap beer. But if heavier dishes are not to your taste, there are plenty of French and Italian influenced restaurants in the city as well.

Luxembourg City used to be a fortress city which was completely surrounded by high stone walls. Those walls are still there, and you can climb to the top and walk around them for an incredible view of the city. The architecture is also beautiful, with many typical cone-shaped roofs and an architectural style that mixes French and German traditions. Planning and building laws in Luxembourg are also much looser than in many other European countries, meaning almost all the houses are built in different styles and colours. 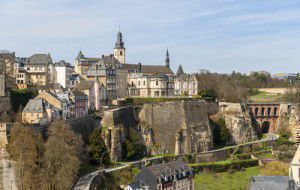 We visited the Luxembourg City History Museum, which is only 3 euro entry, but worth every cent. The museum covers every aspect of Luxembourgish life, from exhibits on the city’s architecture, with models of the city during different periods of its existence, to an entire floor dedicated to shopping and consumer culture, a basement level which is cut into the rock that the city is built on, and loads of fascinating information about the city’s occupation by the Nazis during the WW2 era. It also has great views over the city, especially from the glass lift. The museum is a proper maze and you can get lost in there for hours and find out about all sorts of aspects of Luxembourg City.

Interestingly, the city is built around a huge canyon (for want of a better word!). You must therefore either take one of the city’s many bridges to get to the other side, or you can walk down into the canyon and explore the park, which has a small river and beautiful views. Many people go running or cycling down there, and it’s a great place to chill out or take a walk.

8. Nature is close at hand

The city is full of green spaces, including parks and the river, and you’re never more than short walk from a green area to chill out and relax. However, a short trip outside the city and you’ll be in the midst of the country’s miles and miles of relatively unspoiled countryside. Luxembourg is great for cycling, hiking and fishing or boating. There are also 400 square kilometres of nature parks, many lakes and rivers and miles of cycle routes and hiking trails. As a bonus, the city is also very bike-friendly. You can rent a bike from the Veloh scheme, and there are bike lanes everywhere so you can cycle safely. 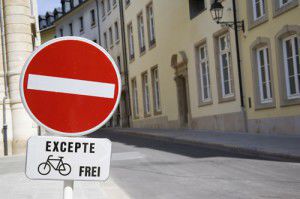 Unfortunately, Luxembourg isn’t the cheapest place to go on holiday. Wages there are high and the city’s livelihood is largely based on banking. As a result, food prices, for example, are relatively high. However, Luxembourg City and some of the surrounding cities are great places to shop, especially if you’re interested in high-end boutiques and designer labels. If you’re looking for flea markets or bargain hunting then it’s probably not the place for you, but there are several quaint little artisan chocolate, cheese and wine shops, as well as a wide range of designer stores which are worth a look, even if you’re only window shopping.

10. Visit the only remaining grand duchy

Luxembourg is not only one of the smallest sovereign nations in Europe, it’s also the world’s only remaining grand duchy, meaning it’s headed by a grand duke rather than a king/queen or president. You can see the grand duke’s palace in the centre of the city, and his son was recently married in a huge public ceremony which was watched by most of the nation. You can also see the country’s main legislative building, the Chamber of Deputies, right in the city centre.