I don’t know about you, but I think one of the challenges about language learning is knowing how to spell a word you hear spoken and knowing how to pronounce a word you see written down. Some languages are more phonetic than others, which makes things a bit easier, but then some don’t have any standardised spelling, which makes things very hard. English, luckily, has standardised spelling, but its pronunciation lacks some logic and so it can be a nightmare knowing where to stress a word – and often if you get it wrong you say something you don’t mean to! 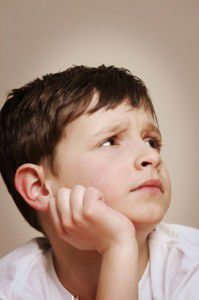 A few words in English have optional pronunciation, like ‘harass’, which can be either ‘harAss’ or ‘hArass’, but the majority of words have a standardised pronunciation. This can cause problems when the spelling is the same for several different words that sound different. You can’t guess these things, they just have to be learnt. ‘Bow’ is a great example: depending on how you pronounce the vowel it can either mean the bow that an archer uses or the bow of a boat. Then, to confuse matters more, a bow (lowering your head to show someone respect) has the same pronunciation as the boat bow. Some other common examples include ‘minute’, which can be either a division of time or an adjective for ‘very small’, and ‘wind’, can be a strong breeze or the action of twisting something around. People row amongst themselves and row in a boat. And, although there’s a capital to help distinguish them, lots of tourists (understandably) pronounce ‘Reading’ (the city) as they would ‘reading’ (a book).

So, fine, we accept and conquer these challenges and push on with the language learning. But then there’s a new pitfall: words which sound exactly the same but have multiple spellings, each one indicating a totally different meaning. Depending on whether you learn better from listening or reading, you’ll probably be more flummoxed by one of these caprices of the English language than the other, but they’re both pretty challenging. Plenty of native English speakers, especially at the end of a long day when the concentration is waning, will find themselves putting ‘whether’ when they mean ‘weather’, ‘their’ when they mean ‘there’, ‘where’ when they mean ‘wear’. These are the ones that always spring to mind, but when you start thinking about it you’ll find a huge list of potential stumbling blocks. ‘Hey’ is a greeting’ whilst ‘hay’ is dried grass; ‘wine’ is a drink and ‘whine’ is the sound of a petulant child; ‘sails’ belong to a boat whereas ‘sales’ are discounts in the shops; you drink a ‘draught’ of something or use it to describe the depth of your boat, but a draft is a first copy of something.‘Hour’ is a division of time but ‘our’ belongs to us all. You grow ‘leeks’ and have ‘leaks’ in your roof. You ‘knead’ bread and ‘need’ air to survive. A plant has ‘roots’ but a road is a ‘route’.

I could go on, but  the list is very long and I also want to mention the third group of confusing words, the ones which both look and sound exactly the same but have two completely different meanings, which have to be divined from context. So, a ‘coach’ both trains athletes and is a large vehicle. Fish have ‘scales’ and ‘scales’ are used to weigh things. A ‘stable’ houses animals and describes how sturdy something is. ‘Second’ is both a division of time and comes after first. ‘Bark’ belongs to a tree and is the sound of a dog. And ‘port’ is either a fortified wine, a harbour or the left side of a boat.

I’ve only mentioned a few of them and they’re the ones I’ve noticed causing confusion, but if you have any you’d like to add, whether in English or any other language you may know, we’d love to hear them!