Language of the Week: German

As the annual festival of Oktoberfest gets underway in Munich this week, we’ve chosen German as our latest Language of the Week.

If you’re anything like us, when you hear ‘Oktoberfest’ you probably think of beer (oh – just us?) but there’s a lot more to the event than that. Oktoberfest is actually the world’s largest funfair, and it’s a 16-day festival running from late September to early October. There is a lot of beer consumed though – 6.7 million litres at the 2013 festival! – and it’s also a great place to try traditional German food.

German is often described as a less attractive language to learn than, say, Spanish or Italian, but we’re not sure we agree. For one thing, German’s far more creative. How many other languages have a word for ‘a face badly in need of a fist’? It’s backpfeifengesicht, in case you were interested.

Here are a few fun facts about German: 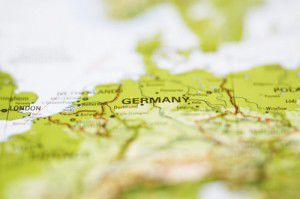 – It’s an official language of five countries: Germany, Austria, Switzerland, Luxembourg and Liechtenstein, and has at least 100 million native speakers around the world.

– You might know more German than you think – ever used the word ‘angst’, ‘kindergarten’ or ‘doppelgänger’? These are just a few examples – there are plenty more.

– German is known for its very long words, which are created by sticking together other words to explain a concept. In 2013, the language lost its longest word – rindfleischetikettierungsueberwachungsaufgabenuebertragungsgesetz – which is 63 letters long and means ‘law delegating beef label monitoring’, thanks to a change in EU regulations.

However most of these long compound words don’t appear in the dictionary. The longest word that does appear is kraftfahrzeughaftpflichtversicherung (‘automobile liability insurance’) at a mere 36 letters long, although we wish donaudampfschifffahrtsgesellschaftskapitaenswitwe (widow of a Danube steamboat company captain) was in there too.

We love this video by Language Hat, which is a really fun explanation of how these long words are put together. If you don’t find yourself craving rhubarb cake or beer by the end of it, you’re doing better than us!

– ‘Gift’ may be a nice thing in English, but in German it means ‘poison’, so be careful who you give it to…

– In German, when telling the time, ‘half three’ actually means ‘half an hour before three’ (i.e. ‘half past two’) – definitely worth knowing before making any plans.

– Germany is often known as Das Land der Dichter und Denker, which means ‘the land of poets and thinkers’. Not surprising really, since this is the country that gave us Johann Wolfgang von Goethe, Thomas Mann, Albert Einstein and the Brothers Grimm. It’s also the home of the first pregnancy test, invented by German researchers Selmar Aschheim and Bernhard Zondek. So now you know.

We know there are a lot of German fans out there, so please tell us why you love the language and the country – either in the comments or on Twitter to @EuroTalk with hashtag #loveGerman 🙂

And if we’ve convinced you to give German a go, remember you can start learning it completely free with uTalk or the free demo on our website.

Categorised in: German, Language Learning, Language of the Week