You never know until you try…

More years ago than I care to remember, I did a degree in Hispanic Studies at the University of Nottingham. I loved the course, but there was one part of it that filled me with terror from the very first day.

This is a pretty standard element of a modern languages degree – you spend your third year living abroad, either working or studying, and that’s when you really learn the language.

I had the choice of going to Spain or Latin America, and being the cautious soul I am, opted to stay close to home (a decision I still occasionally regret). So in September 2002, my friend and I nervously boarded a plane for Madrid.

The first challenge when we arrived was to find somewhere to live; we’d booked a room in a hostel for the first few days, but after that we were on our own. And so we got on the phones.

Now just to be clear, I’ve never been a massive fan of talking on the phone in English; the thought of calling people in another language was genuinely terrifying. But given a choice between that and being homeless, I had to pull myself together and get on with it.

Initially, my friend and I were looking for accommodation together, but when it became clear we weren’t going to find anything, we split up. So suddenly there I was, in a strange city, going off to view apartments on my own, in another language. 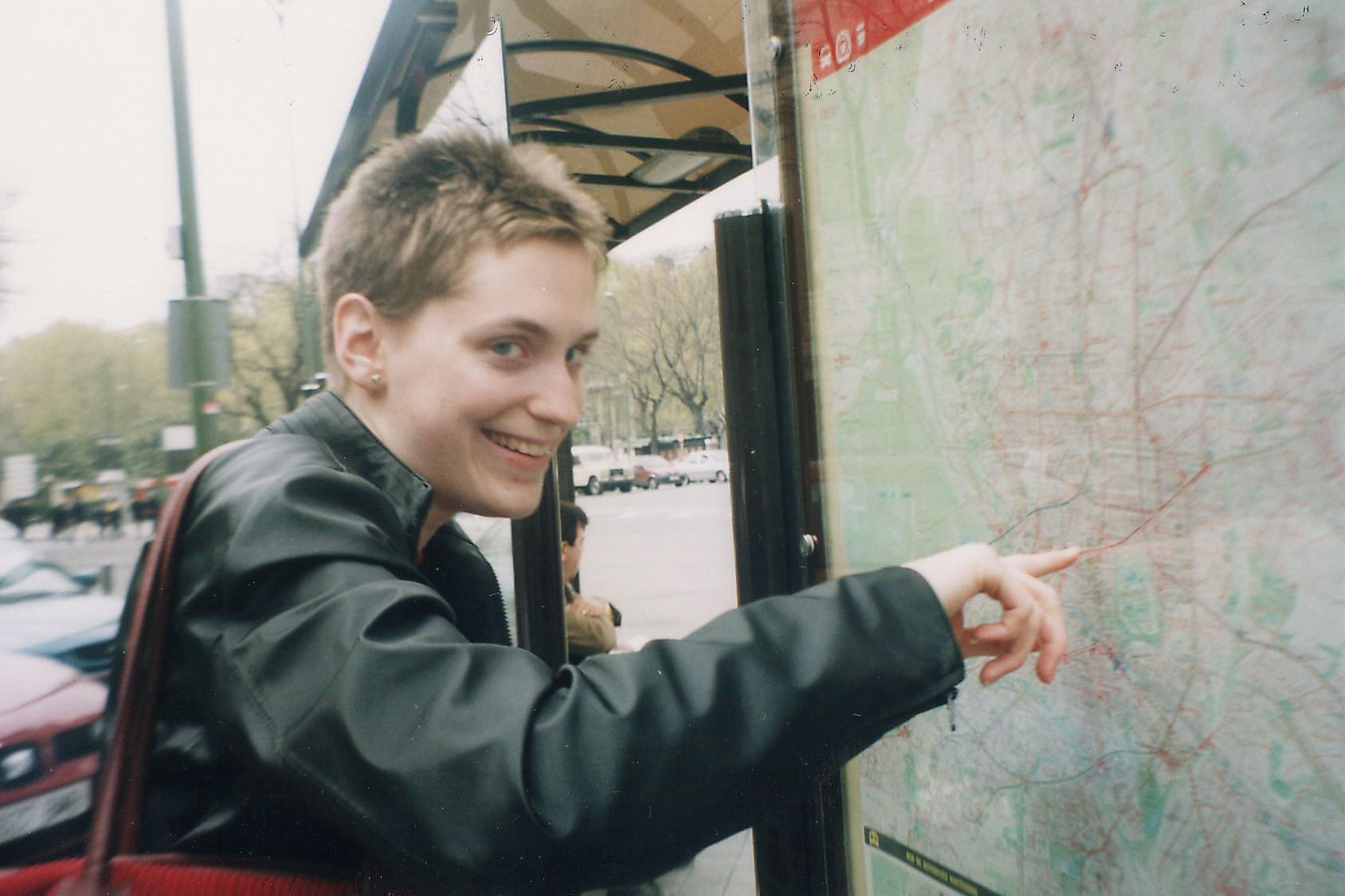 Definitely not lost in Madrid…

Eventually I found a slightly shabby room in a shared flat… only for my friend to announce the following day that her new landlady knew someone with a much nicer room – which was also cheaper. Feeling slightly anxious, I went to talk to my own landladies (two elderly sisters who lived in the flat downstairs) and successfully negotiated the return of my deposit and first month’s rent. In Spanish.

Once the living arrangements were settled, the next challenge was going to university. We’d been enrolled at the Universidad Autónoma de Madrid, and had to pass exams in a certain number of modules to pass the year and continue to the final year of our course. So before I knew it, I was taking classes entirely in Spanish for the first time in my life – and then, a few months later, preparing for two-hour exams, all of which, to my surprise, I passed.

Looking back on my year abroad now, I sometimes can’t quite believe I really did some of these things. I even managed to get my hair cut once, although it didn’t go all that well – let’s face it, I have enough trouble describing what I want done to my hair here in London. And I spent the year living with a very lovely lady who didn’t speak a word of English. (It was always very entertaining when my family – who don’t speak any Spanish – came to visit.)

Learning a language can open up some amazing opportunities, and sometimes you just have to take a chance, however nervewracking the situation. You never know, you might surprise yourself with the things you can achieve. And even if it goes a bit wrong, a bad haircut will grow out eventually.