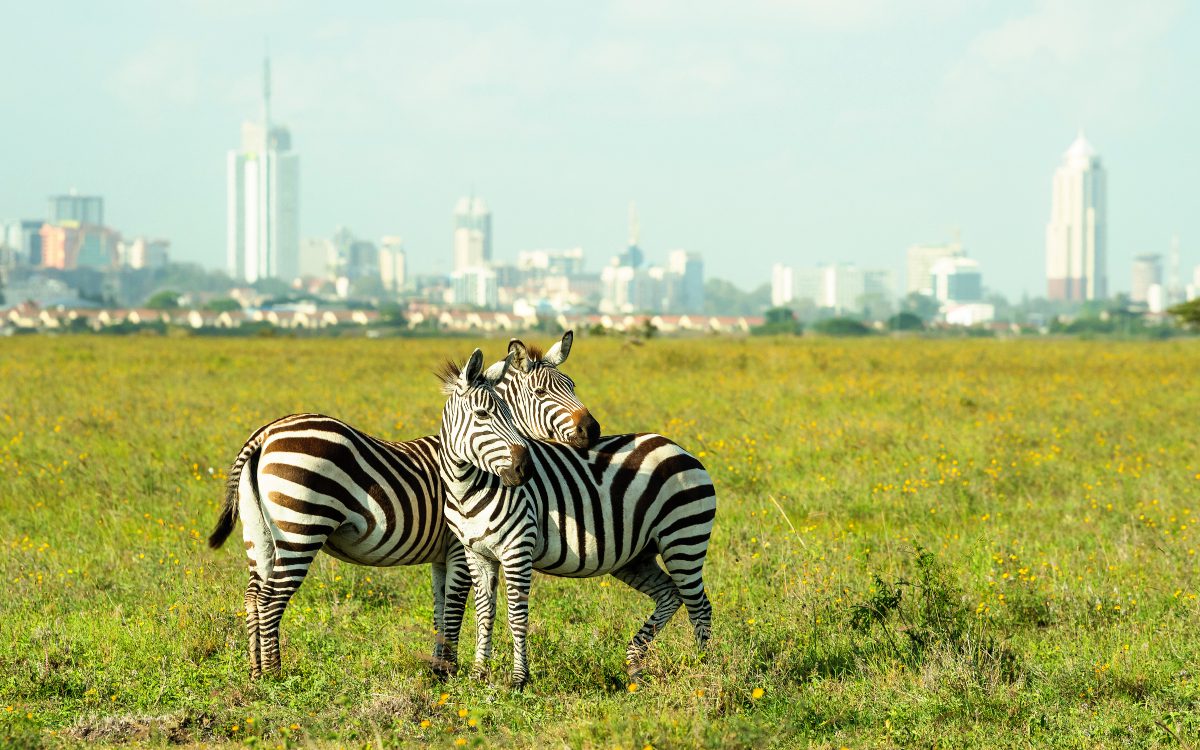 Swahili is a Bantu language that is spoken by between 50-150 million people mainly across the African Great Lakes region, as well as other parts of Eastern and Southern Africa. It is a lingua franca but also an official language of Kenya and Tanzania. In this post, we’re going to find out more about Swahili, including how to speak it a little bit!

As a Bantu language, Swahili has a lot in common with Zulu, Kinyarwanda, and Lingala, but there are also some differences. For one thing, Swahili is estimated to borrow as much as 20% of its vocabulary from Arabic, due to contact between Arab traders and Bantu peoples over several centuries. Swahili is also one of the few Bantu languages that is not tonal; it also has no click consonants.

Many people who speak Swahili speak it as a second language because of its use as a lingua franca. This also dates back to that contact between Arab traders and Bantu peoples along the East African coast. Today, it is recognised as a lingua franca of the East African Community, as well as being taught in schools in South Africa and Botswana, where it is not an official language.

Here are some more fun facts about Swahili (also known as Kiswahili):

But, what about learning Swahili?

How long does it take to learn Swahili?

The short answer: it depends.

If we use estimates from the US Foreign Service Institute (FSI) – an institute designed to teach languages to diplomates who will be posted overseas – then they say that a native English speaker should take around 900 hours to learn Swahili to ‘professional working proficiency’ (a high conversational level).

Of course, your goals may be different, and these 900 hours are based on an intensive study schedule of several hours per day in the classroom and then several more hours of homework after class.

But if you’re looking to grasp some basic words and phrases to help you get by in Swahili, you can spend as little as a few hours on the uTalk app. Going through all our content will take about 180 hours, but you can just pick out the words or phrases you need by topic.

Want to take things a little more seriously? This study time calculator is a useful resource if you’re wondering how long it will take you to learn a particular language based on the level you want to achieve, how often and how long you can expect to study for, how much of that language you already know, and how motivated you are to reach your goal.

The great thing about Swahili (in terms of learning quickly as a native English speaker) is that it doesn’t have any of those tones or clicks that can be seen in some other Bantu languages. In fact, as far as languages from Africa go, according to the FSI, Afrikaans is the easiest language from Africa to learn, followed by Swahili in second place. (As the daughter language of Dutch, Afrikaans is a Germanic language rather than a Bantu one, so it does happen to have a lot more in common with English than Swahili does!) Sadly, not many African languages appear on the list, but Xhosa and Zulu come in at taking approximately 1100 hours to learn each.

How do you count in Swahili?

If you look at the poster above, then you’ll see some numbers listed and, in fact, you can find the rest of them – or at least many of them – in the uTalk app.

One thing to remember, when you come to use them, is that time works slightly differently when you’re speaking Swahili. Days run from dawn to dusk so, for example, seven in the morning in the UK or Europe would be the first hour of the day – saa moja – if you were speaking Swahili.

How do I start learning Swahili?

There are plenty of places where you can get started learning Swahili, as it is very widely spoken and isn’t all that difficult to start learning. Of course, one way to learn Swahili is by using our app, where you’ll learn to speak and understand around 2,500 words and phrases by playing games and having fun. You will have the chance to record yourself and listen back, which will help you train your ear to hear the differences between what you’re hearing and what you’re producing.

Of course, depending on your goals, you may find that you need other resources, for example to learn more about specific grammar nuances or to learn to read or write longer texts. But we believe the best place to start is by speaking and understanding the language so you can make friends from the get go and be more motivated to put in the hard hours on grammar later on.

We hope you’ve enjoyed learning about Swahili with us today and good luck (kila la kheri!) with your language learning!