Today we welcome back English teacher Kelly Wang, to share a few of the mishaps she’s experienced while self-studying Finnish. Have any of these things happened to you? Or do you have a funny story from your language learning? Tell us about it in the comments!

PS Bonus points for anyone who can name all the cultural references in Kelly’s post, without clicking the links 😉

Navigating what’s available when you decide to study a language by yourself can be a bit of a minefield. Think less uncharted territory and more the pod grids in The Capitol.

So, approaching language learning like a novice Skyrim player, I set off on my journey with no idea what I needed in my arsenal and a vague understanding of my purpose, not the path I needed to reach it.

A quick glossing over of my language studying in school taught me that what I needed was: 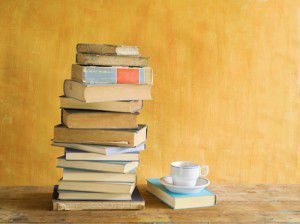 4) eventually, someone to practise with.

Now, all of these things can be found very easily on the internet. If you’re the kind of person who likes a book in their hand to remind them they are supposed to be studying, then away with you to Amazon. Be careful what you order, though. Who’d have thought a book entitled Finnish Grammar would actually be a novel and not a grammar guide?

Be careful with Google Translate

The first thing to get acquainted with was Google Translate. And I mean, acquainted with, not jumping into a long committed relationship with (excuse me while I shudder). Google Translate is like that semi-flakey friend who is amazing 75% of the time but when they let you down, how spectacularly do they do so. Treat it carefully, do not quote ad verbatim, and please, be careful who you practise your translation on. I have a Google Translate horror story about a eunuch and a sausage that will make your eyes water.

Learning Finnish with the Moomins

Next, I typed in ‘learn Finnish’, and an entire world opened up to me, like I was going through the wardrobe in search of Mr Tumnus.

I started with basic things like ‘essential vocabulary’ and in doing so rediscovered my childhood love of The Moomins. Stumbling across Verbix, an amazing verb conjugator, was both joyous and daunting. I only have one word to say and you will share my pain. Tenses. I can feel you tremble…

Once I had a few words I felt comfortable with (thank you, YouTube) and confident enough to string together a simple ‘Hi, I’m Kelly, I’m from England’, I decided that practising with real people could be fun, but from the safety of my home, with a cursor poised over the X in the corner, in case it all got too much.

Time to get real…

There are so many sites to choose from, and I admit, too many choices leaves me bewildered and rocking in a corner. I eventually chose one that covered many bases: easy online lessons, forums, instant chat, video optional. All started promisingly. I gained a few exchange partners, learnt some colloquialisms, and all was well.

… but not that real 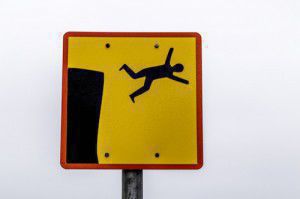 Until, completely out of the blue, one of my partners decided that our instant message practice was not enough. We needed to speak on Skype. Naked. And sent me a picture to… entice me. Wide-eyed and relatively naive to people and their … ways … I quietly pressed delete and backed away, slowly. In some kind of bizarre legacy, his use of the word ‘sausage’ in Finnish at that moment comes back to me every time I pass a delicatessen.

I decided to try some faceless mobile language apps instead. So, I opened a free demo version and to my cheek-blushing horror, the response was pretty much the same, only with no, um, language foreplay.

A little tainted by the world, I continued studying on my own with various websites including online Finnish newspapers, hockey sites, and so on. I also started trying to translate songs I liked and became firm friends with a website called Lyric Translate. And I decided to look for a penpal, or rather an e-penpal. With emails there would be time to compose a message and hopefully, less chance of an impromptu proposition. 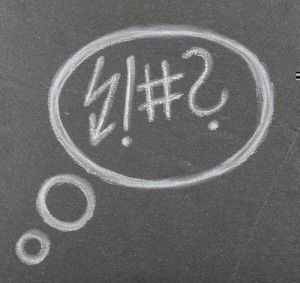 Now this was actually a huge turning point in my studying. This method built my confidence, taught me the difference between ‘real’ and ‘textbook’ responses, and naturally, I learnt swearwords. Very exciting times.

My e-penpal was incredibly patient with me and even though I said many a wrong thing – like the time Google Translate managed to convince him I was in a polygamous marriage, rather than sharing a house with friends – I got pretty good.

I joined an ‘international’ website that essentially felt like a mix between Facebook for language learners and live action e-penpals. Undeterred by numerous marriage proposals, assurance that I was a long lost princess and should return to my land to reclaim my throne for the negligible sum of €250,000, and the offer of a goat (I don’t have an explanation for that), I used my block button with finesse to avoid too much strangeness, and made some good friends along the way. Who are actual, real people that I have met in person and argued about ice hockey with.

Now, I’d love to tell you that I am now fluent in Finnish. I can’t. Because, for the very simple reason, I did not keep up the practice. Back when I was speaking in Finnish in one form or another on a daily basis, I was decent. Now that I don’t use Finnish regularly, hockey commentary has gone back to sounding like Dothraki and there’s not even a Khal Drogo to comfort me. (I prefer the books, in case you wondered). I can, however, still virtually ‘pick up’ the Helsingin Sanomat and understand a reasonable amount. Not enough, though, not nearly enough.

Do you have any funny or embarrassing stories from your language learning adventures? We’d love to hear about it!