Today we’re happy to welcome back Izabella Klein, who spent some time with us last year while she was translating the onebillion maths apps into Brazilian Portuguese. Izabella’s new post focuses on a language we all speak, even if we don’t realise it…

Starting next year I will go back to teaching English as a second language. In the meantime I am recalling all the grammar points, reminding myself what to do in a classroom, as well as emphasising the key points when learning a new language. During this process, I thought of myself as a linguist constantly studying new languages: either technical languages or a new language spoken elsewhere in the world.

This moment of reflection and remembrance made me realise in a more mature way how body language is not only important in daily conversation, but it is the ‘real universal language’, since it is the only language that in fact everyone in the world can use. So, it becomes really important when learning/teaching a new language. I would say it is the first key to follow into teaching any new language. 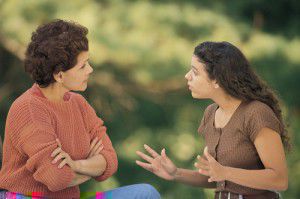 For instance, how do we recognise body language? Probably when we realise when someone is sad or happy, thrilled or devastated just by their faces and body movements. So body language is when we can interpret without a word being said – only by our eyes observing someone using body language. Old black and white movies are great examples when we notice how they used much more body language than movies nowadays. No sound, no words, all they had were scenarios,  costumes and body language to make people laugh or cry.

Now think of an international film festival you’ve been to, or just any foreign movie you’ve watched one day, in a language you either don’t speak at all or at which you are still basic or intermediate level. If you got tired of reading the subtitles, or you’re a language geek like me, always trying to understand what people say even if it’s an unknown language, you had to go with ‘trying to figure it out’ by listening to the sound of the words said by the characters and observing the body language they were using while saying it.

So don’t go taking any conclusion in advance, thinking you will not be able to understand anything at all, just because you don’t speak the language. Relax and watch the movie, observe what the characters do. I bet you will understand more than you imagine and you will learn even if only a little bit of that language.

Meeting foreign people in person and socialising with them is also a great opportunity of observing and learning a new language and culture. We have such opportunities when we travel abroad, have a foreign friend coming over, when we chat with a friend via Skype or similar, or when we have a language teacher.

But if you don’t have those at the moment but you still want to learn, multimedias are really efficient not only for entertainment, but for education purposes as well. We are able to observe images, while we listen and even read. We use both our eyes and our ears; these senses, at the same time connected and alert, increase learning possibilities. And we see not only scenarios and costumes that help identify cultural aspects. We also see body language as a key to trying to figure out what is being said or even really understand what is being said, together with words that might sound familiar due to having the same linguistic routes as another language you already learnt.

Did you ever have a language teacher trying to introduce some new vocabulary in class, acting like a drama teacher, using a lot of mimes and weird sounds trying to make you understand the meaning of the new words? She was not just acting CRAZY, she was trying to make you learn like babies do, by observing. So, pay attention to body language, it will definitely help you learn other languages. As for me, I will probably take drama classes to help me improve my body language skills in class…