So here are 10 reasons to visit Vienna… Do you have any to add?

1. Have you seen how pretty it is?

One of the first things you’ll notice, if you go to Vienna, is the architecture. You name an architectural style and there are probably buildings in Vienna based on it, in some shape or form. And even if you’re not a massive fan of the City Hall, or the Burgtheater, then there are plenty of places to enjoy more modern buildings and designs, like the huge Main Public Library or even sitting on the Enzis (some colourful outdoor furniture) in the inner courtyard of the MuseumsQuartier. My favourite building in Vienna is the Hundertwasserhaus, a definite must see – and it’s not like it costs anything to look at it!

2. You can catch an opera or go to a museum.

There’s certainly plenty to choose from in the opera department. The Vienna State Opera (Staatsoper) offers more than 350 performances per season – that’s ballet, opera, and different concerts. If you don’t mind standing, it’s also not too expensive, though you do have to queue for a while beforehand. However, this is one of those things I would recommend if you aren’t in a hurry and you have a little bit of extra cash. Where would be a better place to see an opera but this historical city in a country famous for its musicians? Plus, there are a lot of museums in Vienna. There’s the Natural History Museum, the Art History Museum, the Leopold Museum, the Jewish Museum, the Museum of Technology… There are, in fact, over 100 museums in this city. Some of them are old palaces – like Belvedere or Liechtenstein City Palace – and some of them might seem odd – like The Third Man Museum or the Funeral Museum – but they’re all interesting and there’s something here to suit everyone.

3. You can eat at the Naschmarkt.

I’m not going to lie, the Naschmarkt is one of my favourite places in Vienna, for one reason only – it sells food. It’s around 1.5km long and people there sell spices, fresh fruit and vegetables, cheese, seafood, meats, bread… You name it and they probably sell it there. Plus, there are a bunch of small restaurants where you can sit and eat anything from Chinese dumplings to baklava to traditional Viennese food like Palatschinken. Yum! 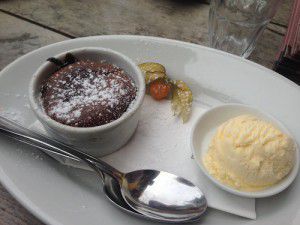 4. You can chill out on the Donauinsel.

The Danube runs through Vienna, as it does through many other European cities, but here they’ve got an island that runs along the middle of it and you can reach on the subway. Especially popular in the summer, you can sit and have a picnic, or read, or do what others are doing and rollerblade or bike around it. Plus, every year they hold the Donauinselfest, an outdoor music festival and Europe’s biggest open-air event. Considering that its main purpose is to protect Vienna from flooding, it has developed into one of the main areas of entertainment in the city and is a lovely place to waste away a day or three.

Sachertorte is to Vienna what the Victoria Sponge is to the UK – maybe people don’t eat it every day, but they’re certainly aware of its existence and will take the time to explain to you that you should try it as soon as possible. What it actually is, is a dense, delicious, chocolate cake with dark chocolate icing, held together by apricot jam (yes – the apricot jam might seem a little strange at first, but when you consider that in the Austrian dialect they actually have their own separate word for apricot, then you’ll understand that you’re going to come across it often and maybe in surprising places). The ultimate place to eat it, apparently, is at the Hotel Sacher, but you can buy Sachertorte at probably every café in the city. Make sure you get a slice if you’re in Vienna on the 5th December – that’s National Sachertorte Day.

6. Vienna has the oldest zoo in the world!

You may have already heard of Schönbrunn Palace, which is an imperial summer palace and worth a visit, particularly on a sunny day. Well, on the same grounds is the Tiergarten Schönbrunn (Schönbrunn Zoo), which, having been founded in 1752, claims to be the oldest zoo in the world. It is one of a few zoos to house Giant Pandas (including three that were born in the zoo) and currently houses over 700 species. It is also one of few attractions in Vienna that is open 365 days a year (most things close on Sundays) – so you can go whenever you feel like it. 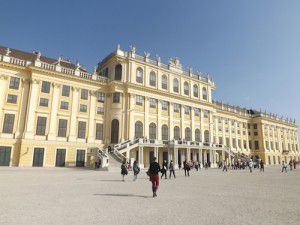 7. You can visit St. Stephen’s Cathedral.

It can get a bit dull visiting churches and cathedrals all the time, especially in a country like Austria, which is teeming with them, but if you only choose to visit one, then choose this one. This is Vienna’s landmark and it is the most important religious building in the city, and if you don’t feel like just going in for a look around, there is always the opportunity to attend a concert here instead. Plus, it sits on Stephansplatz, basically the city centre, so it’s not like you’ll miss it.

8. It’s an easy task to go wherever you want.

So maybe I shouldn’t highlight ways to leave the city in a post about why you should go there, but considering Vienna’s – and Austria’s – position in Europe, this was bound to come up. The fact is, it’s really easy to go somewhere else and, in most cases, it’s quite cheap too. It’s an hour to Bratislava; you just hop over the border into Slovakia and it’s less than 20€ for a return ticket. It’s three hours to Budapest, the other capital of the Austro-Hungarian empire (and worth a visit if you’re interested in exploring that theme) and four hours to Munich, or Innsbruck, or Prague. You can get cheap tickets to all of these places too, provided that you book in advance or that you get hold of some kind of discount card (not difficult to do). So, you know, if there isn’t quite enough to keep you entertained in Vienna, you can always make a quick trip somewhere else.

9. You can visit the Prater.

The Prater is a huge public park in Vienna, but probably the most famous part of it is the Wurstelprater amusement park, which takes up one corner. This is the home to the Wiener Riesenrad (the Ferris wheel), along with plenty of other rides, but also restaurants, bars, a Madam Tussauds and at least one night club. You could spend a day and a night here, if you wanted, as there’s plenty to do and as it costs nothing to get in (you pay per attraction), you can just wander around the park and explore.

10. If you come in December, you can visit a Christmas Market or five.

Much like the thing with the apricots, the Austrians have a different name for Christmas Markets (Christkindlmarkt) to  their German counterparts, but the principle is somewhat similar. Late October to early November, you’ll see the stands being built and lights being strung – and then from the first weekend of November, the markets begin to open, selling drinks and food and decorations and gifts. I’m not sure exactly how many Christmas Markets there are, but essentially they’re everywhere, so you’ll just stumble across them as you wander the city. Like Germany, Glühwein (mulled wine) is a big thing here, but so is punch – and if you’re not so into the wine, you can buy Glühbier (mulled beer) in certain places. If you don’t drink at all, then there are plenty of places that offer non-alcoholic punch, in a variety of places. So, get a drink, buy yourself some food and soak up that festive atmosphere! 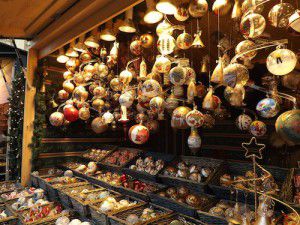 Do you have a favourite place that everyone should know about? Let us know!