Before you go on holiday, or on a business trip abroad, it’s a great idea to learn a little of the local language. But getting along with people is about much more than just the words you say. There are other rules too, so here are our top tips to avoid misunderstandings abroad.

1. Be very careful when exchanging business cards in Japan: they aren’t just cards, but representations of the giver and should be handled with some ceremony. NEVER write on a business card or put it in your back pocket, as this is considered disrespectful.

2. Don’t talk about work over dinner in New Zealand, even if you’re having a meal with your colleagues. It’s fine to talk business over lunch, though. 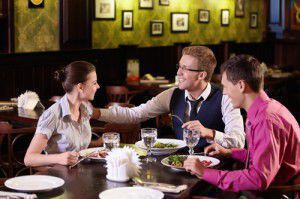 3. In Muslim countries it’s considered an insult if you show the soles of your feet, so watch how you sit.

5. On the other hand, if you’ve been invited to a gathering in France, always aim to arrive 15-30 minutes late, to allow the host time to get ready.

6. Making a circle with your forefinger and thumb as another way of saying ‘OK’ is seen as an extremely offensive gesture in Brazil. As is the ‘thumbs up’ gesture in Iran, and showing your palm in Greece. It might be better to just avoid hand gestures altogether…

7. In Germany, not making eye contact when you clink glasses is considered very rude. It also, apparently, means you’ll have seven years’ bad luck in the bedroom. So even if you’re not worried about being thought bad-mannered, it might be worth making the effort. Just in case. 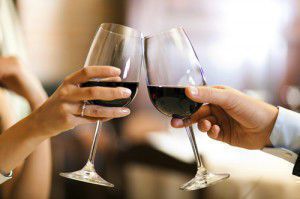 9. It’s been illegal to bring chewing gum into Singapore since 2004, because of the damage being caused to public buildings and facilities by people leaving their gum behind. You can also be fined for not flushing a public toilet.

10. In Russia, if you’re giving someone flowers, make sure you give them an odd number. Even numbers are for funerals.

11. It’s important to show respect to your elders in Asia, so don’t call them by their name; instead use ‘Auntie’ or ‘Uncle’, even if you don’t know them.

12. When eating a meal in Spain, you’ll be expected to clear your plate, and leaving some food is seen as rude. In Russia, on the other hand, you’re expected to leave a little as a sign that your host has provided enough to fill you up. And in China, a polite belch when you finish eating is considered a compliment to the chef, although it’s frowned upon in many other countries. 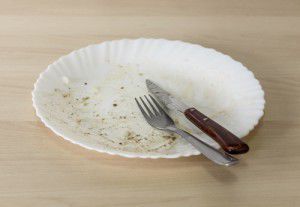 13. Never say anything disrespectful about the king in Thailand, as this could land you in prison for several years.

14. Make sure you’re appropriately dressed before going to church in Italy. This means your shoulders, knees and midriff should all be covered, or you won’t be allowed in.

15. In Malawi, it’s common for people of the same sex to hold hands; this is a sign of close friendship, so don’t worry if someone tries to take your hand. It’s a compliment. Men and women holding hands is rare, though, and may be frowned upon.

As always, if anyone has any others, we’d love to hear from you!

1 thought on “15 cultural faux pas to avoid when travelling”