After two years of barely pulling an ‘A’ in my Spanish class, I decided to start studying more. I had a really bad problem when it came to listening to Spanish. Mostly because I couldn’t understand the language. So over the summer I watched a couple of Spanish TV shows, and found them very interesting and extremely beneficial when it came to understanding the language. Being able to watch a TV show in a foreign language is a great feeling, so I urge people to learn the vocabulary. Following this list means that you can start enjoying this amazing gift. 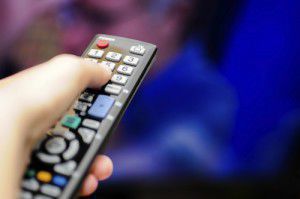 As a forenote, I learned Spanish so I am using Spanish examples; however I will add my favorite genres for learning, in order of importance. If you would like to find a language, Google search ‘watch television shows free’ or ‘popular television shows in X’. This has to be done in the target language of course. Now without further ado…

Dramas. The characters use a TON of expressive body language. This is my best choice when it comes to learning how to hear a language. You won’t sit there completely bored as you practise, and also because it’s a television series, people are always talking and you can use previous context.

Technically, this show isn’t an action series. It’s another drama, but it’s set in the future of a prison. People die and there’s fighting in it, so I think it should be action. Anyways, once you can start to understand what’s happening in your drama series, then I recommend exploring different dramas. For me it was action, because I love thrillers and suspense.

The main benefit of switching genres is your entertainment. There are so many different genres, it shouldn’t be hard to find something that you like. You’ll have fun watching it, learn a couple of phrases, and become one step closer to having conversations with natives.

Comedies should absolutely be saved for last on your list of genres to watch. The body language can be deceiving and it is very difficult to understand what is happening. On the up side, once you understand words, it can be very pleasing to watch. I love Aquí no hay because a ton of episodes are free on YouTube, and also it makes me laugh. It reminds me of watching Seinfeld, but it’s in Spanish.

This is the order I used to increase my language abilities. I highly recommend that you watch TV  in your target language at some point. It’s a great accomplishment to understand what they are saying; however I should warn you because watching too much television can hinder your progress. Speaking is ultimately the best practice, but it is good to take a break and watch some television from time to time.

Do you watch TV as part of your language learning? Please share your recommendations in the comments.