Ask your grandparents where they went on their honeymoon and the vast majority will answer that they went to some seaside town within their own country. My grandparents for instance went to Scunthorpe, and by all accounts had a brilliant time. Now look at the destinations of the people who have recently been married around you, or those just heading away for a trendy city break or backpacking around the globe. Just in our office alone I am sure we can cover most of a world map with little flags signifying the countries we have visited. My point? The world appears to be shrinking and with it comes a certain amount of damage to areas of unprecedented beauty and to some of the many wonders of the world. 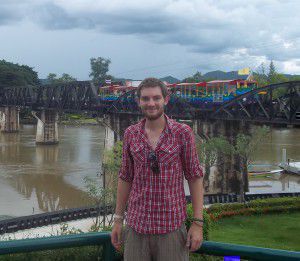 In certain cases an increase in popularity or accessibility can lead to a few oddities, and fun, if unsympathetic activities. For example, in China at the UNESCO protected site of Mutianyu, what better way to place yourself in the shoes, or sandals, of the Mongol hordes than tobogganing down the side of the Great Wall of China? The same occurs at the site of the bridge over the river Kwai. The museum explains the history of the Burmese railroad, the numbers who died in its construction and the events portrayed in the 1957 film. You can then ride across the bridge on a traditional garishly rainbow coloured, road worthy train. Small gripes I know but are we not losing the significance of these sites by diluting them with fairground distractions? Or do these attractions simply add to the entertainment value of an area?

In Thailand I also visited Koh Phi Phi, a small island chosen as the location of The Beach, a Leonardo Dicaprio film and book by Alex Garland, which portrayed a utopian island experience far away from the western confines of the mass backpacker route. 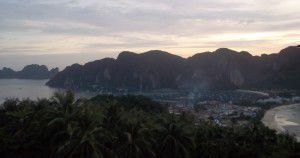 Ironically the setting for this isolated paradise is now one of the most visited areas in Thailand and ’the Beach’ is now thronged with noisy tourists; the Andaman waters are now gleaming because of the residue left from the flotilla of tourist-packed speed boats that arrive at the location twice a day. Despite the numbers of tourists, ‘the Beach’ topped almost all guide books as a must-see, and whether I had been there was the first question fielded from friends at home. In the end it was simply a ticked box rather than a once in a lifetime experience.

What I am trying to determine from these small examples are the opinions of other tourists and travellers. I wanted to go somewhere because it was famous. People have heard of ‘the Beach’ and everyone knows about the Great Wall of China. But should the accessibility to these locations be limited? Is accessibility a good thing?

The example I want to finish on is Tibet. An area known by most people as a far outpost of China, an area little visited due to its isolation from, well, everywhere! It’s a spiritual area isolated from the western world, it takes two days by train to get there. With China planning a high-speed rail link to the area, how long will it be before you can toboggan from the top of Lhasa’s famous monastery?

1 thought on “A Lonely Planet?”