I see myself as a moderately well-travelled person, having visited most of Europe, Hong Kong, Japan and the southern states in the USA. Many memories are made on each trip, whether they are about trying strange food, meeting friendly locals or even having the odd moment of hilarity – but one thing I always find is that confusion crops up about my ethnic appearance. I’m not even sure if it’s in a good or bad way.

I’m a British Born Chinese, speak English fluently and studied Spanish at university, so I am pretty comfortable with visiting most parts of the world. I don’t have any qualms about learning even more languages, if it helps me get by. But my appearance seems to evoke different…. responses. 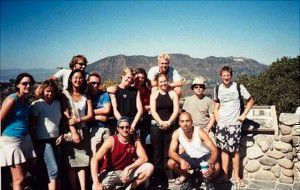 For instance, a short conversation while getting coffee at a gas-stop in New Mexico left a cashier confused when she said I (apparently) spoke like the Queen. Flip side to this: during a night out in Acuña, Mexico, a bartender was surprised to be able to talk to me in great detail about how film director Robert Rodriguez used his tavern to film a part of his feature Desperado, as I was the only one who could speak and understand Spanish – something that also helped make a complaint about a dirty and unmade hotel room in Las Vegas.

A weird occurrence was when a tourist wanted a picture taken with me during a visit with friends to the Carlsberg Museum in Copenhagen. The reason? He had never seen a Chinese person before.

Multiculturalism is growing everyday and so more people are becoming accustomed to different ways of life. But there are parts of the world that are not so used to ethnic diversity, and particularly given Asians’ distinctive appearance, seeing someone different walk through the door will always have that element of surprise. Even more so if that person can talk and understand you – that always raises a smile… or perhaps a furrowed brow.

Do you find yourself surprising people on your travels with your linguistic abilities?  Or have you met someone who catches you unawares by conversing in your native tongue?