The Olympics are only a couple of weeks away and with estimated viewing figures of over four billion, and visitor numbers expected to boom, it seems the eyes of the world will shortly be focused on London. 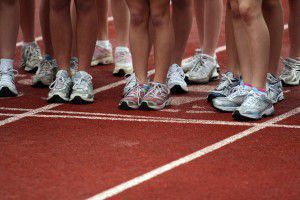 The stadium is ready, transport tests are being carried out and athletes are getting in their final hours of training. With 205 countries taking part, and hundreds of different first languages, how do you ensure that Rafa Nadal doesn’t end up walking bemused around the Olympic stadium rather than Wimbledon, and that Usain Bolt knows where to buy chicken nuggets before the 100m final?

Being the largest and one of the most multicultural capitals in Western Europe does have its advantages; with 200 ethnic communities, and more than a third of its population speaking at least two of over 300 languages present within London, the Olympic organizers have spent the last two years recruiting volunteers for a vast array of opportunities to ensure the games are a success.

Adverts were posted stating the huge advantages of having a second language and this has resulted in over 1,000 volunteers being selected to man vital information points in the stadium and at major transport links. With Royalty, Presidents and VIPs arriving from all over the world, and with athletes having to be briefed, debriefed, transported and organised, the games have given language learners a great opportunity to become an integral part of the games itself.

It is no wonder then that when Nelson Mandela was asked his opinion on the games he replied, “I can’t think of a better place than London to hold an event that unites the world.”

Will you be watching the Olympics? Or are you coming to London? Maybe you’re even one of the 1,000 volunteers? We’d love to hear what you think about the games and the city.