Last Monday, 23rd April, was the 448th anniversary of the birth of William Shakespeare, and marked the launch of Globe to Globe, a series of Shakespeare’s plays performed over six weeks in 37 different languages at the Globe Theatre on London’s South Bank.

On Monday, Troilus and Cressida was performed in Maori by New Zealand’s Ngakau Toa theatre company. Tonight the audience will watch A Midsummer Night’s Dream in Korean. If that doesn’t appeal, how about The Taming of the Shrew in Urdu, Macbeth in Polish or The Merchant of Venice in Hebrew? 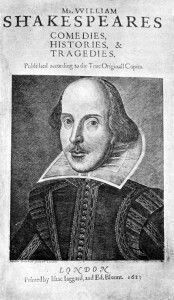 Even though I don’t speak any of those languages, I’m quite tempted to go along. Not only is this probably a once in a lifetime opportunity, but I’m intrigued to see how the plays will translate. Even for a native English speaker, Shakespeare’s language is not always that easy to understand, so is there a possibility that by watching a play and having literally no idea what’s being said, I could just be putting myself in for a couple of hours of mind-numbing boredom?

Well, possibly, but I suspect not. Just as an opera can still move an audience who doesn’t speak Italian, the point that’s being made with this festival is that Shakespeare’s themes and the emotions he portrays are so universal, they can be shared with an audience almost without words. The Globe website describes it best: ‘Shakespeare is the language which brings us together better than any other, and which reminds us of our almost infinite difference, and of our strange and humbling commonality.’ Perhaps Shakespeare didn’t anticipate that his work would one day be portrayed through a haka (the warrior dance best known outside New Zealand as the pre-match rugby ritual), but does that make it any less valid?

A couple of weeks ago, I watched a fantastic performance of Henry V by the Propeller Theatre Company. A whole scene of the play takes place in French, a language I don’t speak and which I’m pretty sure a lot of people in the theatre didn’t either. And yet – we all reacted in the same way at the same time to what we were seeing. If you’d asked me afterwards to translate every word the character was saying, I wouldn’t be able to. But I can tell you why it was funny.

Whether I could make it through a whole play is another question – but there’s only one way to find out! Now the tough part – which play to go for…? Any suggestions?