On 26th February, The Artist swept the board at the Academy Awards, winning five of the twelve categories it was nominated for.  This included Best Picture, Director (Michel Havanavicius) and Actor (Jean Dujardin).

However, something has bothered me since the release of this picture. 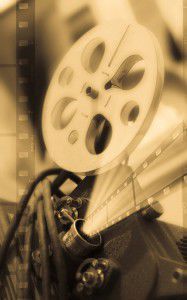 It is a film with French actors in the two leading roles, made by a French director and with the support of several French film studios.  Yet it is a ‘silent’ film and any dialogue from the characters – audible or otherwise – is in English. So with this in mind, can The Artist count as a foreign language film?

At first glance, it is easy to assume it cannot.  The film features English as the ‘main’ language and the characters appear to speak, albeit muted, English dialogue.

But that’s only to the perspective of English-speaking audiences.

News reports on The Artist’s success at award ceremonies describe it as the most awarded French film in history and, at the 2012 César Awards (their equivalent of the Academy Awards), it won the award for Best Film, yet English-speaking films such as Black Swan and The King’s Speech were seen as foreign language films.

To me, it seems confusing that it can be seen as both an American and French film, but how can you define a film, which can only be surely described as ‘silent’ – a genre that hasn’t been on our screens in over 70 years?

The Artist has been seen as Havanavicius’s homage to silent cinema and as a result, it has revitalised the genre for a new generation.  Can silent films make their way in the world, or will language be the key player in a film?