Learning a new language is a great experience: familiarising yourself with a new culture, discovering a new way to express yourself, and hopefully enabling yourself to order a beer in one more country. However, as a language-learner, you also need to be aware of the pitfalls that await you. The dreaded ‘false friends’ that lurk within every language, waiting to trip up the unsuspecting learner.

So what, you may ask, is a ‘false friend’?  Well, would any non-Spanish speakers care to hazard a guess as to what decepción means? Bizarro? An éxito? Or even the verb pretender? 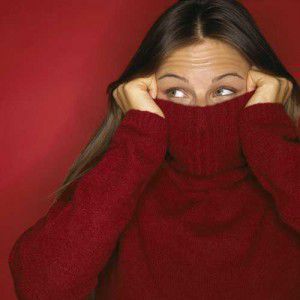 Ok, I’ll admit, one of the great things about learning Spanish is how often you can put an ‘o’ or an ‘a’ on an English word and get a Spanish one – dentista, artista, famoso, precioso… However, unfortunately for us English speakers, it doesn’t always work.

Rather than meaning deception, decepción is actually a disappointment; bizarro is not bizarre, but brave; un éxito is a success, not an exit; and pretender does not mean to pretend, but to try. It may be quite embarrassing to make a mistake like this,  but resist the urge to describe yourself as embarazada – it actually means you’re pregnant!

German is just as bad.  The Chef doesn’t cook (they’re the boss), someone brav may well be a coward (brav actually means nice/good), and, as many Brits have found out the hard way, asking for the Menü won’t get the waiter to bring you a list of available meals (they will probably bring you the day’s set meal).  If you’re ordering food, also watch out for pepperoni – I’ve seen many a disappointed face when someone realises they’ve ordered a little green pepper instead of a salami pizza; and expect a funny look if you ask for a Rezept in a shop – this is a recipe not a receipt!

False friends, generally speaking, are words in another language that sound deceptively like a word in your language. Many a learner has found themself hazarding an (incorrect) guess as to the meaning of a word on the basis of its seeming familiarity, and sometimes when grasping for a word you can’t quite remember, you end up with something that sounds right, but unfortunately isn’t.

If you’re thinking of learning a new language though, please don’t be put off by these examples! False friends are just one of the many interesting things about learning a new language, even if they can occasionally lead to misunderstandings. There is definitely no need to be embarrassed about making a mistake, as that is the best way to learn, and most native speakers will find it funny, rather than annoying.

If anyone else has any weird or funny examples of false friends they’ve encountered when learning another language, please share them with us!