Recent news that the German Justice Ministry is pushing for the German language to be made more ‘gender neutral’ will probably bring a sigh of relief to us German-learners the world over. Don’t get me wrong, I love German, but years of grappling with genders (a girl is ‘it’, whilst a table is ‘he’ and a bag is ‘she’!? – what’s going on here!?) doesn’t always feel worth it, when I’m constantly asking ‘is it der, die or das App?’ only to be told by native Germans ‘I’m not really sure!’ 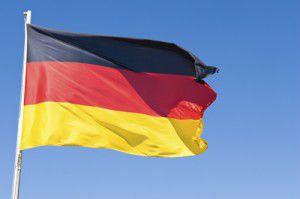 For us English speakers, the idea of allocating an arbitrary ‘masculine’, ‘feminine’ or ‘neutral’ to random objects around us just doesn’t feel right, and causes many a problem for learners of all nationalities. Screwing up the gender isn’t going to cause an international incident, but the bad news is that you have to get the gender right to get any other aspect of grammar right as well, so it really is a necessary part of learning the language.

But maybe not for much longer! The current campaign intends to do away with overtly gendered ways of referring to people and professions. Currently, Germans have the (rather archaic-sounding) convention of referring to all professions, for example, as gender-specific, e.g. der Arzt / die Ärztin (doctor), der Student / die Studentin (student) or der Manager / die Managerin. It is common to see an endless array of forward slashes (‘der/die Bewerber/in’ (applicant) or the bizarre-looking ‘die TeilnehmerInnen’ (participants) as a way of getting around the modern need to incorporate both male and female variants into job ads etc. This is basically just a headache for everyone involved. Yes, we get that the job can be done by men and women! We don’t need a special word for everything that can be done by a woman. Instead, some suggest a gender neutral equivalent, such as ‘das Bundeskanzler’ (Federal Chancellor – i.e. Merkel) instead of the current feminine form (die Bundeskanzlerin) which draws attention to the fact she is a woman, rather than just being the leader of one of the world’s most powerful countries.

This is all hypothetical, and some theorise that the language might do away with all gender articles (der/die/das, ein/eine/ein) and simply refer to everything as ‘das’, or maybe the more commonly used ‘die’. But it certainly would be helpful to anyone trying to get their head around these rather arbitrary distinctions.

It’s not really just German that struggles with these gender distinctions though. Even when writing English there are some tricky situations to get around. Endless use of ‘he/she’ sounds just as awkward as constant ‘der/die’ or putting ‘In’ on the end of everything, but simply using ‘he’ all the time feels like a somewhat unsatisfactory solution. I often resort to writing ‘they’, as the closest to a gender-neutral equivalent that we have, although this can often sound odd, and is technically a plural. Fortunately, although we do have female versions of some professions (e.g. actress, policewoman), mostly you can just say ‘doctor, dentist, teacher’ and no one bugs you to put ‘female’ in front – which actually feels a whole lot more sexist than simply implying that gender has nothing to do with it. Perhaps we could do with a generic word that implies ‘he and/or she’ without needing to be too finicky about it every time. Somehow, though, I don’t see ‘it’ catching on as a way to refer to people! For now, we’re probably stuck with either slightly awkward or slightly sexist – but it’ll be interesting to see if the Germans manage to find a better solution.