Today marks the start of the holy month of Ramadan, where millions of Muslims around the world will spend the month fasting and praying. It is believed that 1400 years ago the Quran was shown to the Prophet Muhammad in this month. The start of Ramadan varies around 11 days each year, as it is all to do with the lunar cycle; this year the new lunar moon was seen on Sunday evening in the Middle East.

Potentially the most well known part of Ramadan is the fasting that happens. Muslims are not allowed to eat or drink during daylight. For those who miss a day of fasting they have to make up for this on another day, for example those who are travelling a long distance are allowed to eat and drink; but must make up for this another time. During Ramadan, breakfast or ‘Suhoor’ as it’s known, must be eaten half an hour before sunrise, this is also where people have the chance to drink water to be hydrated for the day ahead.

At the end of the day after sundown a communal meal is made, called ‘Iftar’, which literally translates into ‘break fast’. This is where people come together and they can eat until the next morning’s Suhoor. At both meals, fresh fruit and vegetables are served, along with halal meat, cheeses, breads and sweets. The meal caters for all of the food groups needed for a healthy body. Following the main meal different snacks can be prepared such as dates. 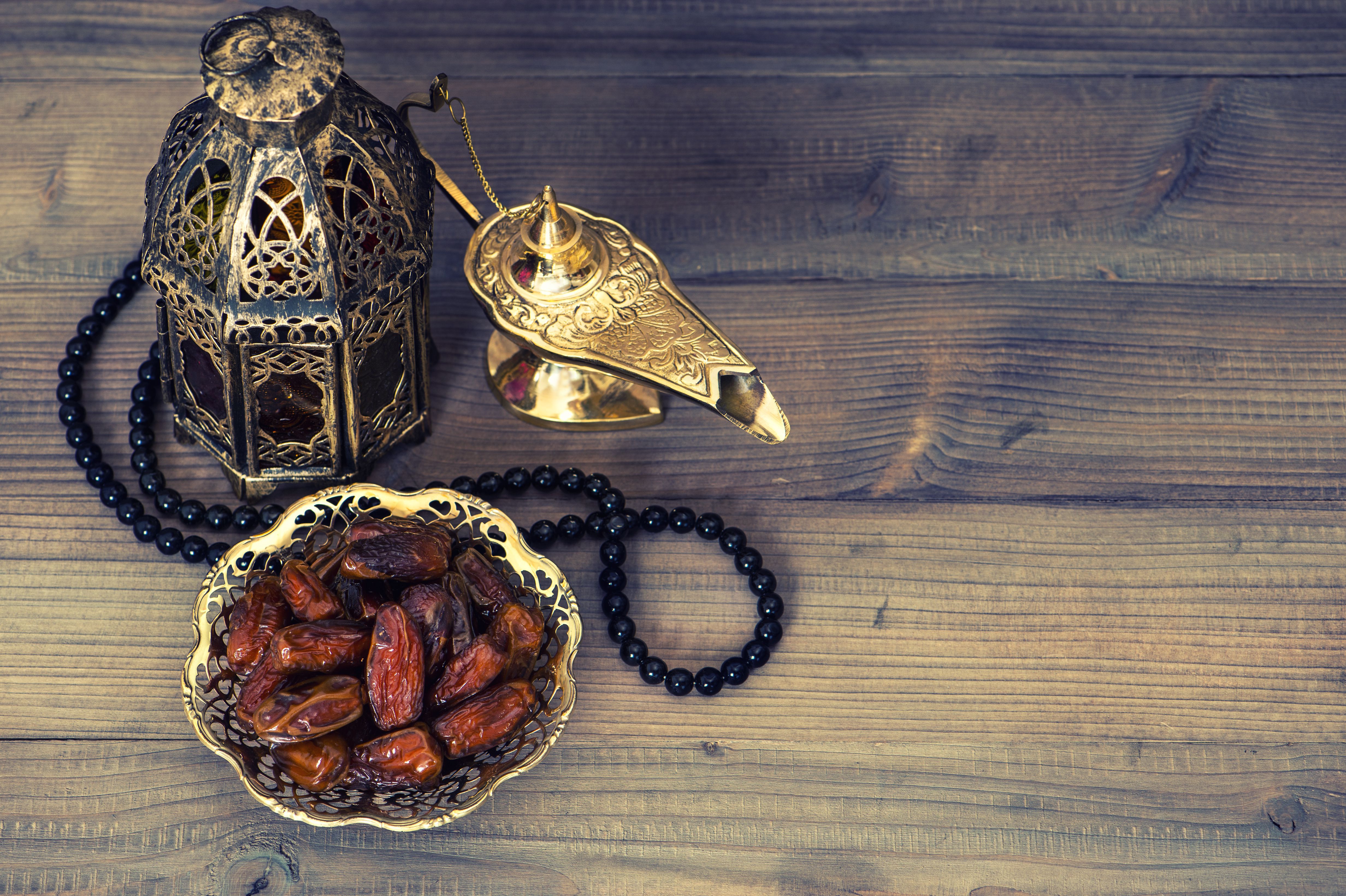 As well as having to follow strict eating and drinking guidelines, during the month of Ramadan, Muslims will visit the Mosque regularly. The month is used as a way to improve morality and work on themselves. Last year 14 million Muslims visited the city of Mecca within the first 2 weeks of the holy month. Mecca is the holiest city in the Islamic religion, and is the place where Muhammad first saw the Quran.

At the end of Ramadan, Muslims celebrate ‘Eid al-Fitr’ which translates as the ‘festival or breaking the fast’; here they gather at the Mosque for a prayer and spend all day with family and friends. The celebration goes on for three days and marks a new beginning for each individual.