It’s General Election Day here in the UK, and as (hopefully) everyone heads to the polls to cast their vote, we’ve been considering some of the strange vocabulary associated with politics. Sometimes it can seem like a whole new language, so we’ve put together a little guide to a few of our favourites. Has anyone got any more examples to add? 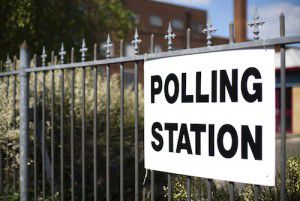 The scientific study of historical voting and voting patterns. The word is derived from the Greek psēphos which means pebble; the ancient Greeks used pebbles in voting.

When the borders of an electoral constituency are changed, resulting in an increased number of people in that area who’ll vote for a particular party or candidate.

From the Italian word meaning ‘clear’ or ‘obvious’, in election terms a manifesto is a public statement of a party or candidate’s intentions and promises, should they be elected.

Members of Parliament aren’t officially allowed to resign their seat, so in order to do it they have to go through a legal procedure known as ‘taking the Chiltern Hundreds’. This involves them being elected to an ‘office of profit’, which means they can’t be an MP any more. The procedure was invented by John Pitt in 1750, when he was appointed as Steward of the Chiltern Hundreds in order to resign his seat and take another.

This is what happens when no party gets a clear majority and therefore can’t form a government, so one or more parties may form a coalition – as happened in the UK in 2010 – or another election may be necessary. 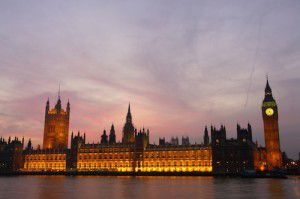 The promises made by a party that they won’t change and on which they’re not prepared to negotiate, even if they find themselves part of a coalition government.

When one party wins by a large majority: a landslide of votes.

The period immediately before an election, usually six weeks. During this time, there are restrictions on the announcement of new government initiatives or policy decisions, which could give one party an advantage over others.

People who haven’t quite made up their minds yet on who to vote for – and who are therefore a target for campaigning candidates. 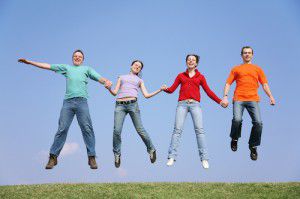 Much like a floating voter, this is someone who switches their allegiance from one party to another in the run-up to the election.

Nothing to do with tents, this is when a candidate and their team speak to voters face to face (or sometimes by telephone) before an election. The main purpose of canvassing is to find out how people intend to vote and identify supporters.

If you’ve got an interesting word or phrase to add to our list, let us know in the comments!