As a small child, I was practically a real-life Harry Potter. Without the magic. Or the mean Aunt and Uncle. Okay, well really, the only similarity is that I spent a lot of my days in the cupboard under the stairs. Now, before you call the authorities, don’t worry. It was my favourite place! I had a comfy chair and my own TV and all the VHS tapes of awful 90s cartoons that a toddler could ever ask for! 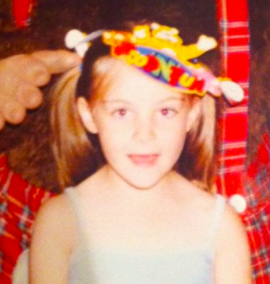 Why is this relevant to EuroTalk I hear you ask?! Well, it was here, sat watching Tots TV, that I accidentally taught myself French! My parents had no idea, until one day I casually said to my Mum ‘Bonjour, Je m’appelle Codie! That means “Hello, my name is Codie”, Mummy!’. She was in shock. After all, what would you think if your three year old daughter started spouting French? Once I’d explained that I got it from Tilly (sorry to anyone born too early/late to understand the references here, YouTube it!), I was inundated with French books, tapes and excited relatives. Even the nurse at our local GP practice heard about my weird knowledge and insisted on making me count to ten in French whilst she gave me my injections. I was essentially a performing monkey – but I loved it!

Fast-forward a few years later and I’m in the second half of Primary School. We have a super cool substitute teacher who plays guitar and teaches us German. It takes him less than half an hour to teach an entire class of children to count to ten in German and 15 or so years later I still know it.

Fast-forward a few years even later and my adorable four year old nephew is counting to ten in Japanese! Something they learn at pre-school through the use of cute mnemonic devices (with even cuter actions!). Languages are being taught younger and younger and suddenly, my toddler French seems a whole lot less impressive. 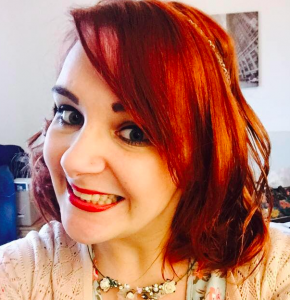 So that leads me to wonder, am I too old to learn a language? I’m led to believe that the older you are, the harder it is to learn an instrument (well, at least I can sort of play the recorder, right?), so does this apply for other skills? I can’t do a cartwheel, so I figure that boat has sailed, but I did recently learn how to knit… badly. Do different things have different cut off points? As knitting is usually for old ladies, was I only able to learn it because I’m cracking on a bit now? (Maybe a slight exaggeration, I am only 23 after all.) Most importantly am I the right age to finally start learning a language? As I’m currently childless, I know it’s my biological clock I should be worried about, but I genuinely think it is being drowned out by the voice in my head that is yelling ‘What happened to the girl who was learning French before she could tie her shoes? What are you doing with your life?!’.

And that, my friends, is the existential crisis that has inspired me to try and learn Japanese, with the help of EuroTalk. Maybe I’ll shut myself in the cupboard under the stairs for old times’ sake!

Codiekinz is a twenty-something blogger from the South, currently masquerading as a Northerner. She makes YouTube videos and posts about life, books, travel and her bearded dragon, over at www.codiekinz.co.uk. She’ll also be using uTalk to learn Japanese, so keep an eye on her blog for updates!

2 thoughts on “Are you ever too old to learn a language?”