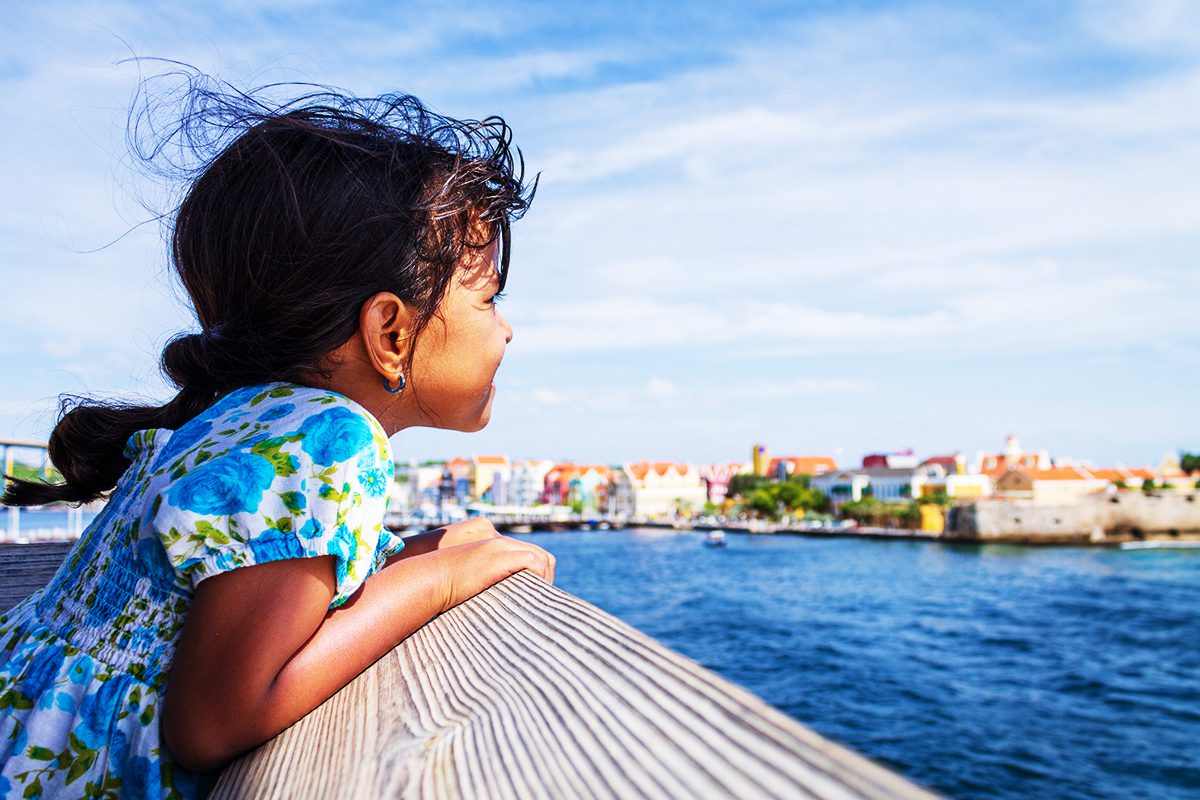 What do you already know about Papiamentu, the most widely spoken language on the Caribbean islands of Aruba, Bonaire, and Curaçao? One of the more recent additions to our app, Papiamentu is spoken by almost 350,000 people in the Dutch Caribbean and around the world. Learn more about Papiamentu in this post, including some words and phrases that might come in handy if you every find yourself in that part of the world!

What is Papiamentu?
[hide]

Where is Papiamentu spoken?

Across the uTalk website, you’ll notice that we’ve been spelling it ‘Papiamentu’, though you might see ‘Papiamento’ in other places around the web. That’s because the speakers who came and recorded with us both originally come from Curaçao, so that’s the variant available on our app.

Some differences in spelling and pronunciation exist between the varieties spoken in Curaçao, Bonaire, and Aruba, but generally, speakers can understand each other. In Dutch, the language is known as ‘Papiaments’.

Around 350,000 people speak Papiamentu and it is spoken in all aspects of society throughout the three islands.

Is Papiamentu a creole language?

Papiamentu is a creole language!

Creole languages are a result or two or more languages mixing together over a short period. In common with other ‘fully fledged’ languages, they have consistent systems of grammar; large, stable vocabularies; and children acquire creole languages as their native languages.

Creoles often develop from pidgin languages, which are a more basic mix of two or more languages.

Most linguists today believe that Papiamentu emerged from the Spanish and Portuguese creole languages that developed on the West African coasts. When slaves were trafficked to the Caribbean, the language came with them. This is because Papiamentu shares similarities with Cape Verdean Creole, as well as with Guinea-Bissau Creole.

Papiamentu is mainly based on colonial-era Portuguese and Spanish, though it is impossible to tell which of the two had the most influence over it to begin with. Papiamentu has also been influenced by Dutch and Venezuelan Spanish, as well as by the Indigenous languages Taíno and Caquetío Arawak. The vocabulary from the latter two languages mainly refers to plants and animals, and it is suspected that the Arawak words were introduced into Papiamentu as borrowings from Venezuelan Spanish.

As for the name of the language – it comes from papia, which is derived from the Portuguese and Cape Verdean Creole word papear. Papear means ‘to chat, say, speak, talk’. The noun-forming suffix -mento was then added, creating the name Papiamento – or Papiamentu.

How to say hello (and 10 other phrases) in Papiamentu

Our app has 2,500 useful words and phrases in Papiamentu, so we’ve gathered some of them here for you. You can see their translations in Spanish, Portuguese, and Dutch as well.

Don’t forget – if you want to hear the audio for any of these words, then it’s all on our app!

We hope you’ve enjoyed learning more about Papiamentu with us today. Learn even more by checking out Papiamentu on the uTalk app! Every language on there (more than 150 of them) features 2,500 useful words and phrases, all voiced by native speakers. You’ll get 26 starter words for free to begin with, so why not give it a try?

Already speak Papiamentu? You can use our app to learn more than 150 languages from Papiamentu as well! Just go to Settings, pick Application Language, and choose ‘Papiamentu’ from the menu to change the language you’re using the app in.