One of our top tips for learning a language is to take a holiday – it not only gives you a chance to practise your new language with the locals but you also get to visit somewhere nice. And why not take the opportunity to visit some of the world’s most amazing (if sometimes slightly bizarre) places while you’re at it?

Like the world’s largest swimming pool, for instance, which is at San Alfonso del Mar in Chile. If you’re thinking of swimming lengths, you might want to stock up on energy drinks before diving in to this one. It’s more than 1,013 metres long, so paddlers should beware! It also has a 35-metre deep end – not for the unwary swimmer. The Guinness Book of Records named this pool as the biggest in the world, needing 66 million gallons of water to fill it up.

Or maybe you’d like to visit a traditional Chinese tea house. What about this one, at the top of Mt. HuaShan? It’s 2,160 metres high and the path to get there is nothing short of terrifying. It’s thought that there may be as many as 100 fatal falls a year, and yet the trail is popular with tourists, keen to visit the teahouse, on the southern summit of the mountain, which used to be a Taoist temple, or the chess pavilion on the east peak. 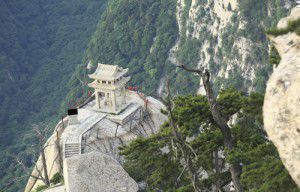 If bird-watching is your thing, you could visit Stewart Island in New Zealand. It’s one of the most remote destinations in the world, with only one town, Halfmoon Bay (also known as Oban) and an estimated population of just 450 people. The island is the only place to see the Kiwi bird in its natural habitat and is also home to five species of penguin.

Next door in Australia, Pink Lake, just west of Esperance, is worth a visit. As its name would suggest, in certain weather conditions the water in the lake is pink, thanks to a particular kind of algae in the water. And this isn’t the only pink lake in the area. Lake Hillier, on Middle Island, is another example and an even brighter colour. 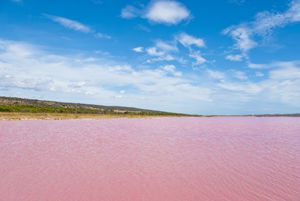 However, if you prefer your lakes blue, the Canadian park of Joffre Lakes in British Columbia comes highly recommended. The lakes are a more traditional, but stunningly beautiful, turquoise blue and surrounded by peaks and glaciers. A trip to Joffre Lakes isn’t complete without an overnight stay, where you can camp under the stars and listen to the ice calving from the glacier.

The Russian island of Kizhi is found almost exactly at the centre of Lake Onega and boasts a spectacular wooden church, the Church of the Transfiguration, which was built in the 18th century without a single nail. Legend says that the lead builder used just one axe for the whole building, and then threw it in the lake when the church was completed, saying, ‘There was not and will not be another one to match it.’

Just a few miles from the popular resort of Fethiye in southwestern Turkey, on the side of a mountain, is the village of Kayaköy. Greek-speaking Christians lived there until the 1920s but the village was abandoned follow a population exchange agreement between Turkey and Greece in 1923. Now a museum and historical monument, Kayaköy is a beautiful but rather eerie ghost town. 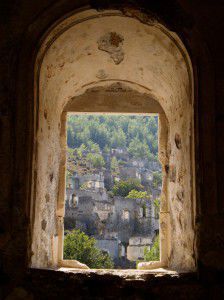 Speaking of eerie, the Capuchin monastery in Sicily is home to 8,000 mummified corpses in the monastery catacombs. The bodies are all dressed in their best clothes and arranged in different rooms according to the type of person. The oldest in the collection dates from 1599, while the most recent addition is the body of Rosalia Lomabardo, who was embalmed in 1920 and is known as ‘Sleeping Beauty’.

If you’re looking for somewhere a bit different to stay, you could try the ICEHOTEL in Jukkasjärvi, Sweden. Made with ice from the Torne River, the hotel offers ice and snow rooms, and runs a survival course every night for new guests on what to wear and how to cope when sleeping in temperatures below zero. But don’t worry – warm rooms are also available if you’re not a fan of the cold.

One extreme to the other – the island of Malapascua in the Phillippines boasts beautiful beaches and is most popular with divers, as it’s the only place in the world to see the pelagic thresher shark. There’s no transport on the island because it’s small enough to walk everywhere, and the only way to arrive on the island is by banca (a local boat ferry). 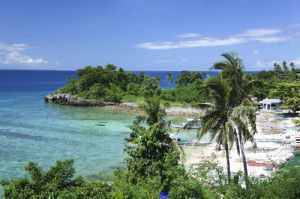 We hope that’s given you a few ideas for your next holiday. Don’t forget to learn a few words in the local language before you leave! And if we missed your favourite place, let us know in the comments…