Today we welcome back guest blogger Eve Pearce, with an interesting article about the demand for language learning in Spain, and its implications for the future.

It is rather ironic that while numbers of Brits studying a foreign language to A-level have dropped dramatically over the past few years, nearby Spain – officially out of one of the deepest recessions in its history but still struggling in terms of its high rate of unemployment – is undergoing a veritable boom in foreign language study, with the English language taking pole position, since some 78 per cent of all job offers demand this language from successful candidates. 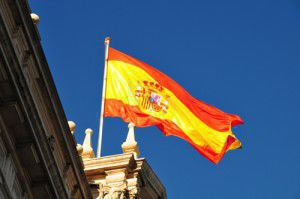 The Spanish crisis, which has rocked the nation since its commencement in 2008, has also led to a greater demand for German and French language learning, since many Spaniards are considering migrating to these countries given the bleak economic forecast. In many private nurseries and schools, the study of Chinese is all the rage as well, since parents see this language as the difference that could make or break their child’s job application in the future. This level of competition is only logical, since the forecasted unemployment rate for 2014 stands at 26.4 per cent of the population. Vice-President of the European Commission and commissioner of Economic and Monetary Affairs, Olli Rehn, recently declared that although the unemployment rate in Spain has stabilised, it continues to be “unacceptably elevated”. The situation, he claimed, was similarly bleak in Italy.

Interestingly, despite the general consensus as to the value of learning foreign languages, the Mayor of Madrid, Ana Botella’s recent address to the Olympic Committee during Madrid’s bid to host the 2020 Olympics was deemed by many to be representative of the current failure of the public educational system to meet the demand for spoken English at an acceptable and truly functional level. In many ways, this is owing to the small number of hours dedicated to English in the public system curriculum, as well as the heavy focus on textbook-style teaching (which leans heavily on grammatical exercises) rather than on fluency and bilingualism/multi-lingualism. As a result, while most students are able to successfully complete intermediate-level exercises (involving the use of the simple past tense and conditionals, for instance), they are far less comfortable when asked to speak in public or to conduct business by phone. Meanwhile, those who are able to afford it are relying more on private classes with tutors, who are able to offer students conversational practise, one of the most sorely lacking activities in many schools and academies. Many adults (who are also flocking to EFL academies or completing online courses) frequently lament not having adequately learned English at the optimal point of their lives (i.e. in their early childhood) and now, more than ever, dreams of moving to greener pastures are being put on the back burner owing to this glaring failure in the system.

What, then, is the solution for this crisis-struck nation, at least in so far as language learning is concerned? There are a number of measures educators and those governing alike need to adopt, some of which may be:

An increase in the hours dedicated to English

If students are to gain the confidence they need to speak fluently in a variety of both social and professional settings, schools should consider not only elevating the number of hours dedicated to learning English, but also, perhaps, taking a leaf out of the book of many costly British and bilingual (Spanish-English) schools, where core subjects such as mathematics and science, are also taught in English. It is of great utility for students to be confident when counting in English and to learn to solve practical problems they can encounter in daily life in a second language (e.g. dividing into fractions, comparing items by weight, adding and subtracting, etc).

Learning other subjects in English also wrests from the necessity of contracting separate ‘conversation’ classes, since students grow accustomed to expressing their thoughts in English in a more effortless manner. During his time in office, ex-Spanish President, José Luis Rodríguez Zapatero acknowledged that the flawed system of education in English was an “evident problem“, and vowed to implement new strategies into his government’s education plan. In Madrid, one in every three public schools offer between 30 and 50 per cent of their classes in English or another foreign language. The aim is to raise this figure to one in every three schools by 2015. Interestingly, neither Zapatero nor current President, Mariano Rajoy, speak English.

Greater access to classes run by fully qualified EFL teachers will not only help unemployed adults hone their language skills, they will also promote spoken English within the home setting, which is bound to benefit children in both a direct and an indirect manner.

The provision and adoption of useful materials in class

As spoken and listening skills are the biggest stumbling blocks for most students, the encouragement of learning through audio-visual material (films, songs etc.) should be encouraged, to increase levels of comprehension.

Although the number of bilingual schools has increased in recent years, the number of truly bilingual teachers is currently insufficient to meet the demand. Therefore, an investment should be made in encouraging teachers to complete courses in English-speaking countries, which ensures that they will obtain the sufficient level of fluency required to elicit the same from their students.

The solution to the Spanish crisis may lie in the distant future, yet there seems little reason to wait so long for the adoption of new methodologies when it comes to learning foreign languages at school. Recent budget cuts to the Department of Education, however, have seen the country take a turn for the worse in so far as public schools teachers’ salaries and University costs are concerned, leading us to wonder if the government is willing to back the admitted need for improved language learning, with the necessary funding. Investment in education is always wise, but it is no less than crucial in times of crisis.