How much money are you wasting on language software?

So, you’ve decided to learn a language. Great! Now what?

If you’re anything like me, you’ll have gone straight to the Internet in a fit of great enthusiasm, and bought yourself a language course – whether that’s in an app, on a CD or online. You might even have gone a step further and enrolled in a class.

But then the sun comes out, or the World Cup kicks off, or you decide to start reading the Game of Thrones books (only recommended if you have nothing else to do with your time for at least six months), and that passion for your new language starts to fade a little bit. Suddenly there are other things to do with your time, and although you definitely still want to be able to speak the language, you just don’t seem to have the time or enthusiasm to actually learn it.

And so that language course you bought, which promised so much, is forgotten and unused, and your dream of going travelling and fitting in like a local remains just that – a dream.

Can anyone else hear violins…?

It might sound obvious, but the thing about language courses, whether it’s EuroTalk, Rosetta Stone, Duolingo or any of the other multitude of programs out there, is that they’re only as useful as you allow them to be. I wish I could tell you that simply by downloading uTalk to your iPhone, the vocabulary will magically find its way into your brain while you’re sleeping, but it’s just not true (although if you want to try it, it’s available from the App Store). 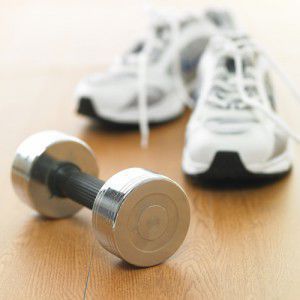 Let’s look at this another way. You want to lose weight, so you join a gym. Logical. Maybe you even go along a few times after work. But then six months later you’re still not skinny, and on top of that you’re out of money and you probably feel pretty bad about yourself too. According to research by online accountants Crunch.co.uk, here in Britain we were wasting £37m a year on unused gym memberships in 2011. Just think what we could have been doing with that money. Or how fit we could all have got if we’d kept going to the gym.

The fact is, gyms don’t magically make you fit, or thin. (If it were as easy as that, I’d have joined one a long time ago.) They just provide the conditions you need to get yourself there. Even a personal trainer, whose job it is to help you, will only get so far if you’re not willing to meet them in the middle. And it’s the same with language software – if you don’t use it, it can’t help you. We’d all love a big red button that will get us instantly to where we want to be, but life isn’t like that.

And that’s not necessarily a bad thing. Learning a language isn’t just about being able to speak that language. It’s also about the things you’ll discover along the way. You’ll learn to appreciate your own native tongue, understand the culture of the language you’re learning; you might even make a whole new group of friends. And personally, I think the satisfaction you feel the very first time you manage to speak to someone in another language, even if it’s just to say hello or thank you, is much greater than the pleasure you gain from becoming fluent. In the same way, reaching your target weight will feel amazing – but nothing will beat that first pound you lose.

So my advice is this – don’t buy language software, unless you’re going to use it. Because as the late Maya Angelou once said, ‘Nothing will work unless you do.’ And we don’t want your language app gathering virtual dust on your iPhone, until one day you realise you don’t need it any more and quietly delete it.

But if you do decide to invest in a course (hopefully EuroTalk!), and you follow through on that crazy plan you had one day to learn Russian, or Korean, or even Klingon, that’s great. I guarantee you won’t regret it – and it’ll definitely be less painful than going to the gym.