Last week’s post, which contained our top ten tips for learning a language, inspired a few members of the EuroTalk team to share their own thoughts. Here’s what Seb had to say about his experience of learning Spanish, after leaving Colombia and coming to England when he was very young. And come back tomorrow to find out why Lorena recommends spending as much time as possible in the pub. We’d love to hear from anyone else who’d like to share their own advice. Please do send us an email to liz@eurotalk.com if you’d like to contribute to the blog!

My parents emigrated to the UK from Colombia when I was very young and at the time the only language I could speak was Spanish. However, once I began my schooling in London I picked English up very easily. Well, I like to think so anyway because it was so long ago to the point where I cannot even remember a stage in my life where I could not speak both English and Spanish. Attending school and being around English speakers every day meant that very quickly my English overtook my Spanish in terms of the range of words I could use. 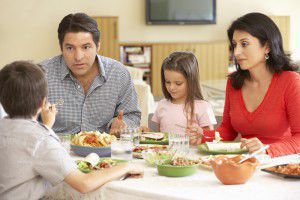 If this kept up I would have definitely forgotten how to speak Spanish. However, my parents made sure that my younger sister and myself always spoke in Spanish once we stepped into our house, because they knew that we would be immersed in the English language for the large majority of the day – from being at school to the shows we watched on television. Therefore, if we were in the house we had to speak in Spanish. I think this was my parents’ way of making sure that we didn’t forget our roots and at the same time they knew it would be beneficial for us in the future to be able to speak two languages, even though we may not have seen it back then.

This very quickly became routine and I would find it normal to speak Spanish at home and English when I was out, which fascinated some of my friends. Having been brought up in this way helped me greatly because it meant that I was able to learn English as well as Spanish simultaneously. It also helped me more in terms of my pronunciation and speaking, meaning that my Spanish is fluent enough for me to easily have a conversation, even though it is still not perfect.

Despite this, I believe that the only reason I am able to speak Spanish fluently at this age is because I had to speak it on a daily basis, and you know what they say, ‘practice makes perfect’. Therefore, I think that if you are attempting to learn a new language it is very important to immerse yourself in that language on a daily basis, so that you become accustomed to not only speaking it but also hearing it.