This month, we’ve been having a look at interesting superstitions from different countries. There are literally thousands of examples – here are just a few. We suggest they should be taken with a pinch of salt…

If you’re in Malta, don’t rely on the church clock to tell you the right time. Churches are sometimes fitted with two clocks that tell different times to confuse the Devil about the time of the service. 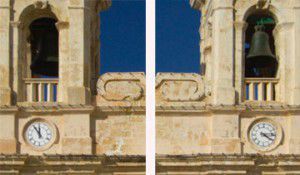 Approach toilets with caution in Morocco – there might be a genie living in the u-bend… They don’t give wishes and they certainly don’t like to be disturbed. If you need to go, just say the words ‘Rukhsa, ya Mubariqin’ (With your permission, O Blessed Ones).   Also beware of going to the toilet at night, where you might run into a beast called ‘Maezt Dar L’Oudou’, the ‘Goat of the Lavatories’.

If you’re visiting Britain, you’ll probably find you need an umbrella with depressing regularity. But whatever you do, don’t open it till you get outdoors; it’s very bad luck to open your umbrella inside.

Elves are alive and well in Iceland. In a 2006 survey only 35% of Icelanders said that they thought the existence of elves was either impossible or very unlikely and local elves still take an active role in shaping modern Iceland: roads and building projects sometimes have to be changed to avoid destroying known elf homes.

In Japan, if you walk by a graveyard or a hearse passes you, you must tuck your thumbs inside your fists. This is because the Japanese word for thumb (‘oya yubi’) literally translates as ‘parent-finger’ and so by hiding them you protect your parents from death.

Ready to go? Have a seat. In Russia, if you’re going on a journey you have to sit down for a minute just before leaving the house, to reflect on the coming trip and make sure you’ve got everything you need. It’s also bad luck to say goodbyes over the threshold, so you should always say your farewells before you leave. 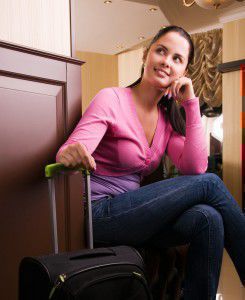 If you find yourself in Spain on New Year’s Eve, don’t be surprised if, when the clock strikes midnight, you notice everyone around you eating grapes. This has been a tradition since the early 20th century; eating one grape for each bell strike is believed to bring twelve months of good luck.

We’d love to hear any more examples, so please do share them in the comments below. And good luck out there…