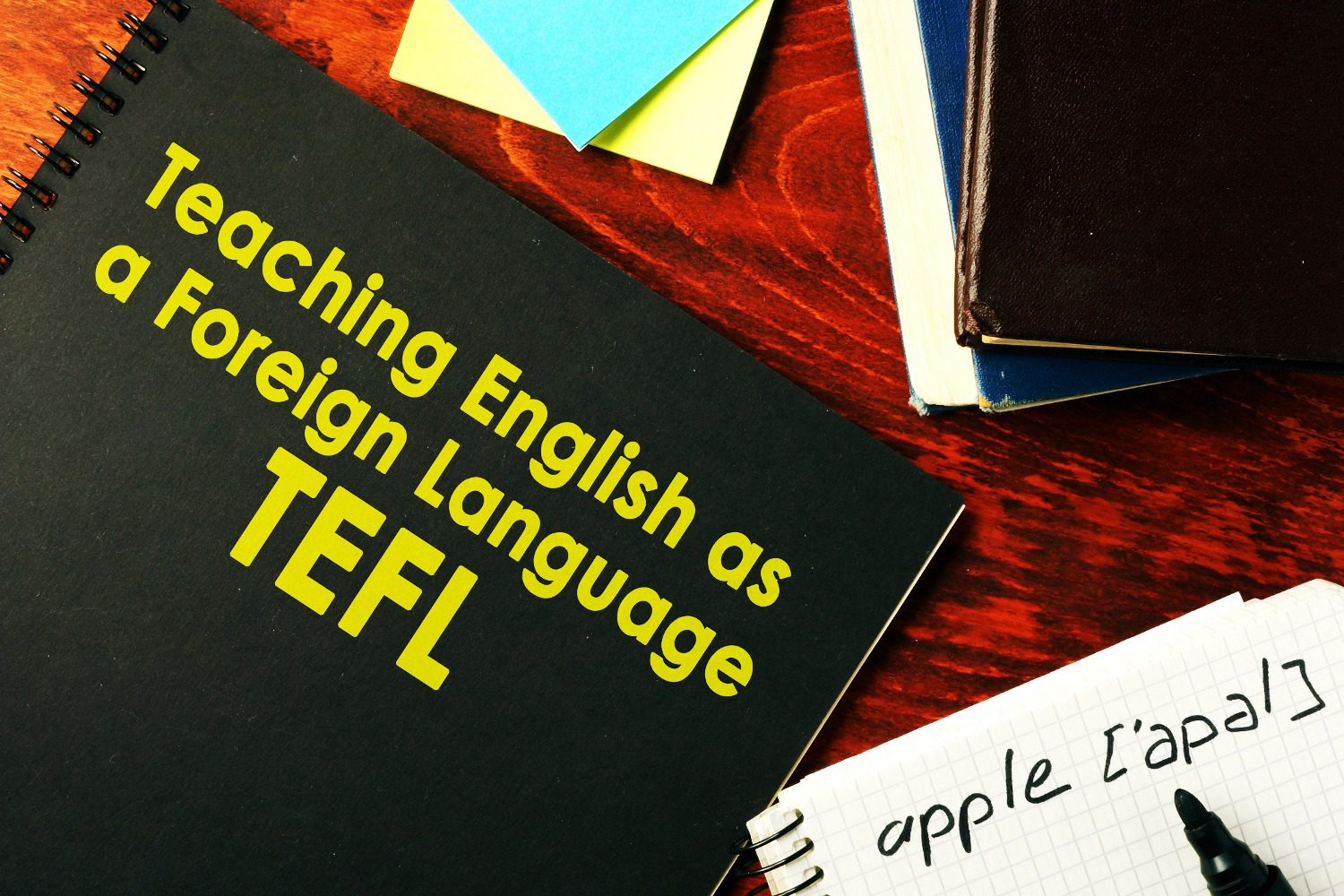 Learn from our mistakes! uTalk’s Languages Manager, Emily, shares the things she wished she’d known before entering into the world of TEFL (Teaching English as a Foreign Language) and tips on how to live out your English teaching experience to the max.

‘This cannot be happening!’ I thought to myself one cold, wet, dark morning in March as I rushed my way across Spain’s capital city, cursing the mistake that had made me late to teach my first ever English class.

It had all been going so well. In the past month, I had mastered Spanish, got top grades in my TEFL course and landed a great teaching contract alongside some fantastic colleagues. I was living out my lifelong dream to live in continental Europe and felt ready to take on the world. But, as they say, pride comes before a fall.

On my very first day in my new job, carefully groomed and with a lesson plan under my arm, I’d taken a train to the wrong address – my new employer’s out-of-town warehouse premises and not their city centre HQ.

When, sweating and out of breath, I finally arrived at the right building, my new students had already been waiting for me for an hour. They were fed up, demoralised and, as they later confided, worried that their new English teacher was going to be ‘un poco loco’ (a little bit crazy!).

But, despite the bumpy start and a steep learning curve, the years I spent as a TEFL teacher are one of my proudest and happiest achievements. It’s one I would recommend to anyone and everyone who has a love of travel, enthusiasm for languages, and passion to connect with English learners.

Here are my top language teaching tips to help you along your way and avoid the mistakes I made when I was first starting out on my TEFL adventure!

My biggest first teaching mistake was reacting with barely concealed chuckles at my student’s mistakes. I soon learnt that if you laugh at them, or tell them they’re wrong straight up you’ll find them embarrassed, discouraged and unwilling to contribute answers in future classes. A definite mistake if you want to create a positive learning environment!

This is no easy task though. Imagine a student telling you they like to ‘ride whales’ instead of ‘ride waves’, or that their favourite city in England is ‘New York’ instead of ‘York.’ Or worse, that they ‘bought a collar for their wife’ on the weekend (‘collar’ is a false friend as it means ‘necklace’ in Spanish!)

Certainly your students will make plenty of errors, even at C1 level. Whether it’s stumbling over pronunciation, false friends, wrong verb conjugation or issues with sentence structure, you will need to help out with corrections during every class you teach.

So coax your students to make the correction themselves and learn the transformational power of asking CCQs (concept checking questions).

Not correcting your student’s mistakes is a mistake because otherwise, they’ll keep on making the same mistakes over and over again. And, as I learnt, the longer a mistake goes unchecked and the more times they repeat it, the more it gets stuck in their brain (and becomes ‘fossilized’) and then the harder it becomes for them to learn the right way!

However, there are ways and means of doing this and telling them a straight-up ‘no’ when they make an error and just handing out the correction is also a mistake.

Students are much more likely to learn from their mistakes if they arrive at the right answer themselves (no matter how many hints and clues you have to give them along the way!) and concept checking questions, or CCQs, are an excellent way to go about this.

Still not got it yet? Fear not! Hangman is a great tool to fall back on when they’re really struggling with a question. In this example with the word ‘next’, I would give them four lines, possibly even giving them the first letter. Then let them keep guessing letters until they get it. Even if it takes a while, it’s a failsafe method guaranteed to work every time, and much more likely to prevent them from making the same error again in the future because, instead of tearing them down with a no, you are building them and their confidence up during the correction process.

I’ll never forget when I was put in a tight spot during what I had thought would be a simple grammar drill exercise with auxiliary verbs. It ended up seeing me trying to reason why whilst saying ‘I do play tennis’ isn’t wrong, it definitely doesn’t sound right in all contexts either! A quick bit of research beforehand would have saved me a red face and assured my students they were in safe hands. So make sure that you do your homework if you come across some niggly grammar areas when preparing your lessons so you have an answer ready in case your students want to delve a little deeper into their linguistic queries and mistakes.

As part of your lesson prep, I recommend keeping a note of mistakes that your students make, especially the most common ones, and use them to make a drill to start off your next class with them (provided you’ve done your research to cover yourself beforehand!). This works especially well with different aspects of grammar like question formation and prepositions and is a great way to get their brains in English gear from the classes’ get-go!

And if this does throw up a linguistic query and you don’t have the answer then and there, the worst thing you can do is pretend you know and make up a half-convincing answer. Just admit you’re not sure and that you’ll get back to them on that in the next class. Correcting a mistake with mistaken information is possibly the worst mistake a teacher could make!

Avoid making the mistake of letting awkwardness get in the way of a great class and make use of warm-up activities at the start of your class.

Starting a new class, with new students who potentially have never met before, can be awkward. Trust me, I’ve been there!

Plus you don’t know what else is going on in your student’s head or what’s been happening during their day when they enter your classroom (and that’s not necessarily a bad thing!). But you do want them to switch over to English mode as quickly as possible to max out the time you have with them and get them to reach their potential.

So what better way than to start off with a warm-up activity? It’ll instantly break the ice and get your class off to a happy start which will set the tone for the rest of the time you have with them. Find some ideas here.

One of the things I’ve struggled with along with other teachers is the amount of time it can take to prepare classes. You don’t want to make the mistake of being unprepared, but you definitely don’t want to over-prepare either!

This can be all the more important when, as is often the case with TEFL classes, preparation time is unpaid.

However, fear not because there is a wealth of brilliant resources available online, often for free or at a very economical price, which considering the amount of time and stress it could save you, makes it well worth checking out.

For example, the British Council is just one site that has made many resources for listening, reading and writing freely available for all ages and spanning all levels. The perfect supplement to your own creative English exercises!

Don’t make the same mistake as me and bore your lower-level students with endless card games in an attempt to impress the basics on them. I really wish I’d known about the uTalk app during my time as a TEFL teacher because gamified ed-tech solutions lodge key vocabulary into learners’ brains and act as invaluable warm-up activities.

There really is no limit to how creative you can be in putting your classes together, and that’s a big part of what makes TEFL, and learning languages in general, so fun. Creativity is particularly important when engaging kids or adults with a lower level (A1/A2) of English, and that’s when games can come in extra handy. Familiarise yourself with the vast range of gamified ed-tech solutions that will give your classes the fun, creative boost they need to be a success!

7. English, and only English

I subjected my students to a fair bit of cringe-worthy Spanglish during the first few weeks of my time in Spain because I made the initial mistake of interpreting pauses as awkward silences and not knowing the answer. Instead, I should have left a long enough pause for them to process what I was asking of them and to search for a response.

Instead, harness the effectiveness of only using the target language when teaching, even for A1 students, also known as total immersion. But, when it’s lower levels you’re dealing with visual aids are also a must, as are exaggerated body language and tons of praise and encouragement!

And don’t forget that, usefully, if you’re using the uTalk app as a teaching aid it can be used from any of our 145 languages. So whether you’re doing TEFL in Spain, Sardinia or maybe somewhere further afield (apparently TEFL is very popular in Korea!) it could come in rather handy, especially for those beginners’ classes.

Don’t take on too many hours of classes too soon, or, like me, you might end up finding yourself exhausted and, as a result, much more likely to make some of those above-mentioned mistakes. And trust me, you don’t want to learn those lessons the hard way if you can help it! Just make sure you build your teaching schedule up gradually.

Whether you’re teaching online or in person, groups or one to ones, adults or kids, the longer you do it, the more confident you’ll be with spreading the love of English learning. There’s nothing quite as rewarding as inspiring students to fulfil their language learning dreams.

Of course, if your experience of TEFL is anything like mine then there are likely to be a few bumps along the way, particularly at first, and that’s all part and parcel of the journey. But keeping these top tips in mind will really help you get the most out of your time with TEFL and be the best teacher you can be!

And the verdict from my students who thought I might be ‘un poco loco’? Well, if what they wrote in my leavers’ book a year later is anything to do by, everything came good in the end. This note from them is one of my dearest memories: “Gracias por este año, por tu paciencia y por tener todos los días una sonrisa. He aprendido un montón gracias a ti. ¡Te echaremos de menos!” [“Thank you for this year; for your patience and for always smiling. Thanks to you I’ve learnt loads. We will miss you!”]

If you have any TEFL tips of your own why not give the English teaching community a boost and share them in the comments section below? And remember, don’t be late to your first class!