How learning a language earned me a free jar of seaweed

You may well wonder what connects the words and phrase above. It’s quite simple: for me, these are the bare essentials of foreign language knowledge when visiting another country. You may of course prefer beer or water, but you get the point!

How learning a language earned me a free jar of ‘seaweed’

Earlier this year, my husband and I had booked ourselves a short break to Dubrovnik in the summer, while our teenage children were both camping with Scouts.

My first attempt at speaking Croatian was a little too successful: having asked for a table for two (stol za dvoje, molim vas) in a restaurant in town, I was treated to a torrent of Croatian, but at least it was clear that we were merely being offered a choice of tables! Phew. Simply having a go, showing an interest in the people and their culture is so rewarding, as the assorted conversations we had during our short week demonstrated – albeit in English, after I’d attempted what I could in Croatian. A Brit attempting Croatian was a novelty and people were keen to chat as a result.

I was even complimented on my pronunciation – quite an achievement in such a short space of time, I felt!

Beyond the conversations and a few complimentary drinks, tangible evidence of the value of having a go came in the form of this jar of a pickled local seaside plant called motar (it isn’t seaweed, it just looks a bit like it when served up), courtesy of a restaurant kitchen during a lovely meal. Such a thoughtful and novel gift. 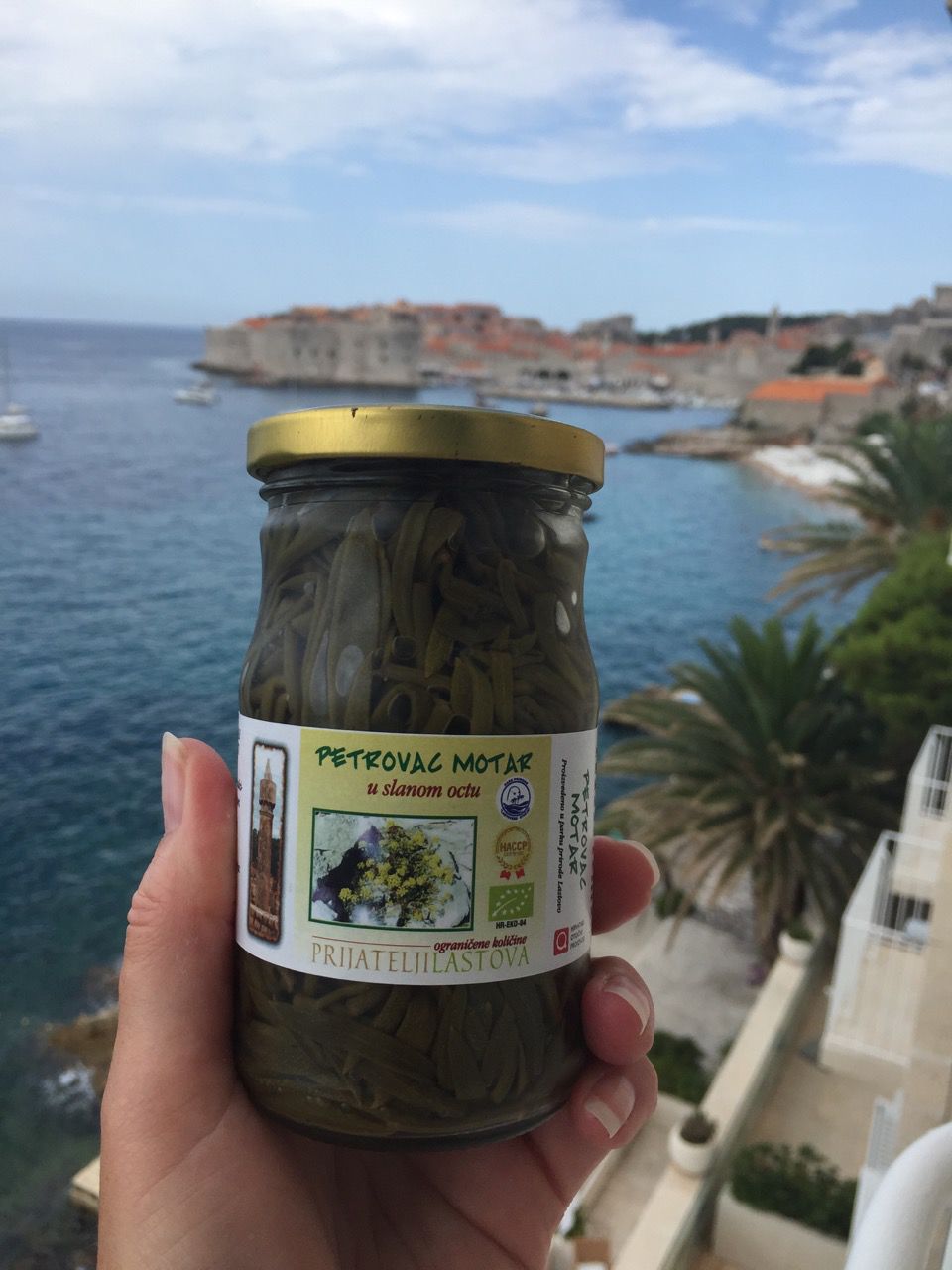 With a background in languages, and the amazing experience both my children have had on the EuroTalk Junior Language Challenge in the past, there was no way I could resist the opportunity to add to my linguistic arsenal at the beginning of the year, when EuroTalk decided to offer adults the chance to have a go at learning a language of their choice using the uTalk app.

So I chose Croatian. Why? I have never tried learning a Slavic language before, so thought it would be more of a challenge – and had long fancied visiting the country, in which case, it would prove handy.

Challenges work for me, but I did wonder whether I’d overestimated my ability on opening the app for the first time! It was immediately apparent that I was going to have to learn each word from scratch, no chance of using my favourite Romance languages to help me out this time! My tongue struggled to get round the string of consonants or seemingly odd letter combinations, such as ‘puno vam hvala’ (thank you very much), and I found the only way I could commit the words for ‘airport’ to memory (‘zračna luka’) was to declaim them in the style of John Cleese in the film A Fish Called Wanda…

Determination and encouraging messages from EuroTalk kept me going until the end of the month, when I was very pleased with my final score. Mind you, as I struggled to remember the order of the pictures on the memory games, I had plenty of extra practice at earning those last few points! 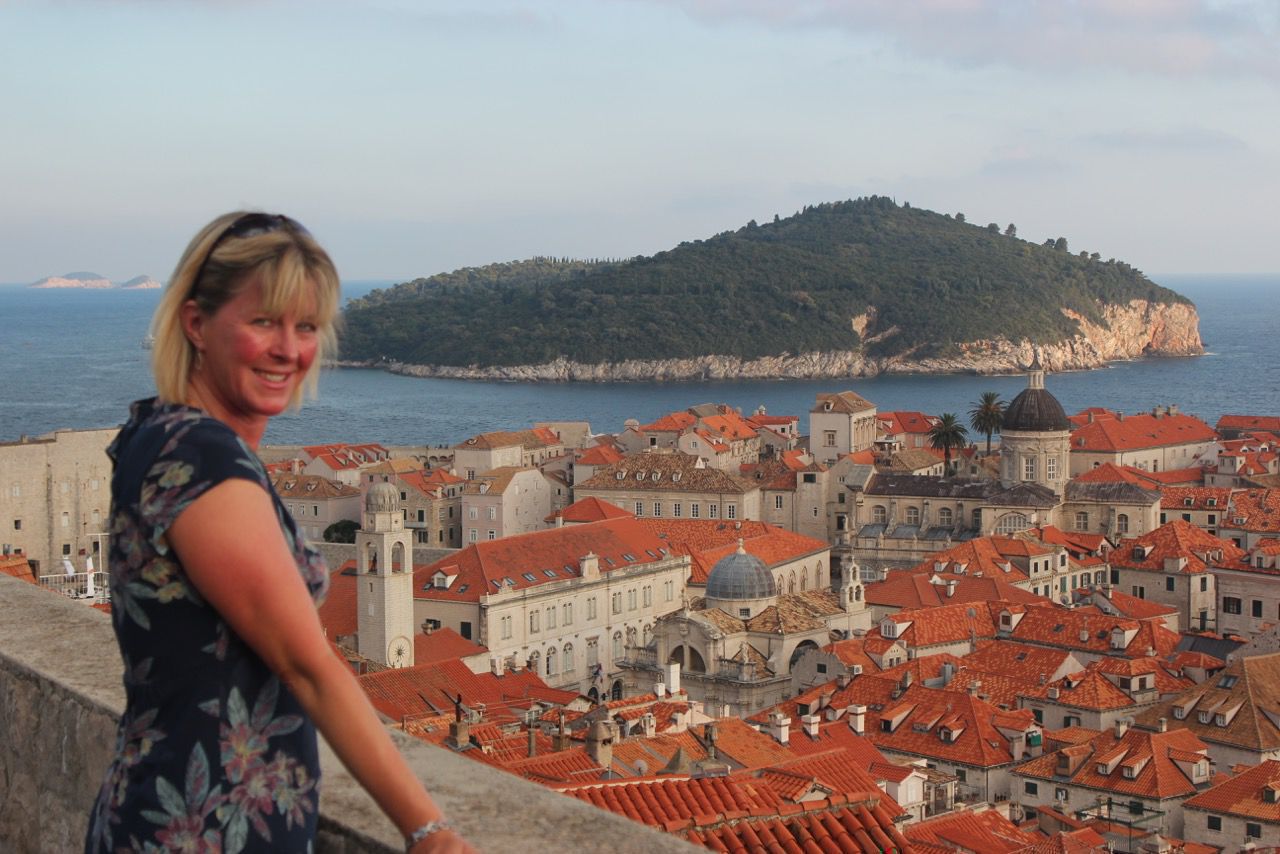 Which foreign language should an English speaker learn?

As a native English speaker, I can empathise with the difficulties we face when travelling abroad if we want to make an effort to speak another language. Many other countries teach English at school, it’s one of the obvious choices (leaving aside the multi-lingual communities of several of the world’s countries), but which should we learn? There are so many. Once we are abroad, those we meet may be keen to practise their English or are so used to using it with all foreigners, that it can often require some dedication to try out the language of the country you find yourself in.

However, persistence and the willingness to have a go does pay off. I have never forgotten a business trip to Warsaw when my extremely limited Polish was quite possibly a factor in my colleague unexpectedly booking me on to an open-top bus tour of his ‘beautiful city’ – a fabulous extra to my short visit.

So if you’re debating whether to stand out from the crowds on your next holiday to a country where the native language is not your own, my advice is have a go. Now where shall I go next year?