‘It’s all Greek to me’. This is what an English speaker might say when they don’t understand something at all. In this context the Greek language is used as a metaphor for ‘something incomprehensible’.

So that got us thinking here at EuroTalk… if an English speaker uses Greek, what does a Greek speaking person use? And in fact how does this expression translate in other languages? 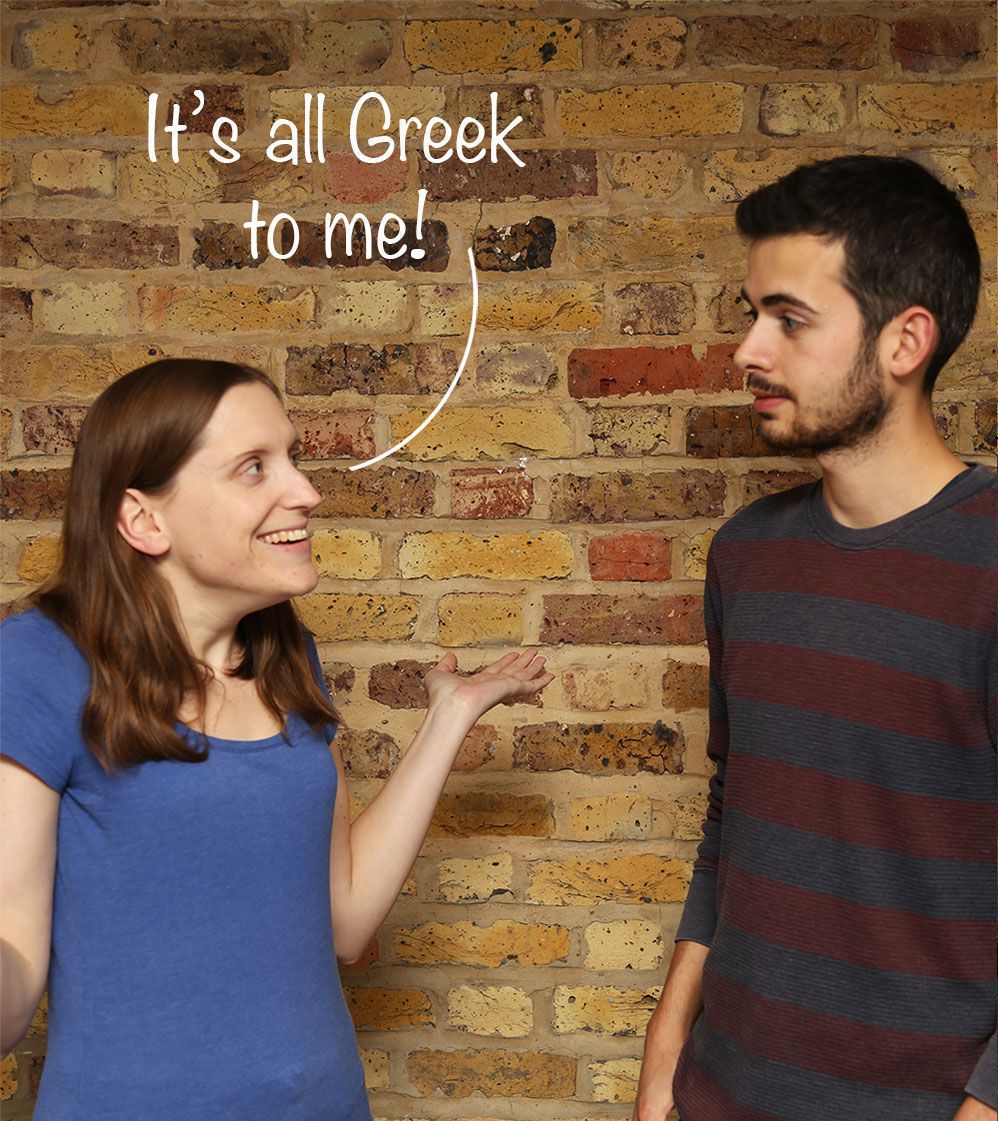 Other languages have similar expressions and they usually pick as a metaphor for ‘impossible to understand’ a foreign language with an unfamiliar alphabet or writing system.

To answer our original question: in Greek the language used as a metaphor for incomprehensibility is Chinese.

Chinese actually turns out to be the most popular choice as a synonym for ‘I do not understand’ and is used in many languages, including Albanian, Arabic, Bulgarian, Catalan, Dutch, Estonian, French, Greek, Hebrew, Hungarian, Latvian, Lithuanian, Polish, Portuguese, Romanian, Russian, Serbian, Spanish, Ukrainian.

Greek itself follows closely, and is used as a language of  stereotypical incomprehensibility in: English, Afrikaans, Norwegian, Portuguese, Swedish, Spanish, Polish, Persian.

(Bonus fact: the origin of the phrase in some European languages can be traced to the Medieval Latin proverb, ‘Graecum est; non potest legi’, which translates to ‘It is Greek; it cannot be read.’) 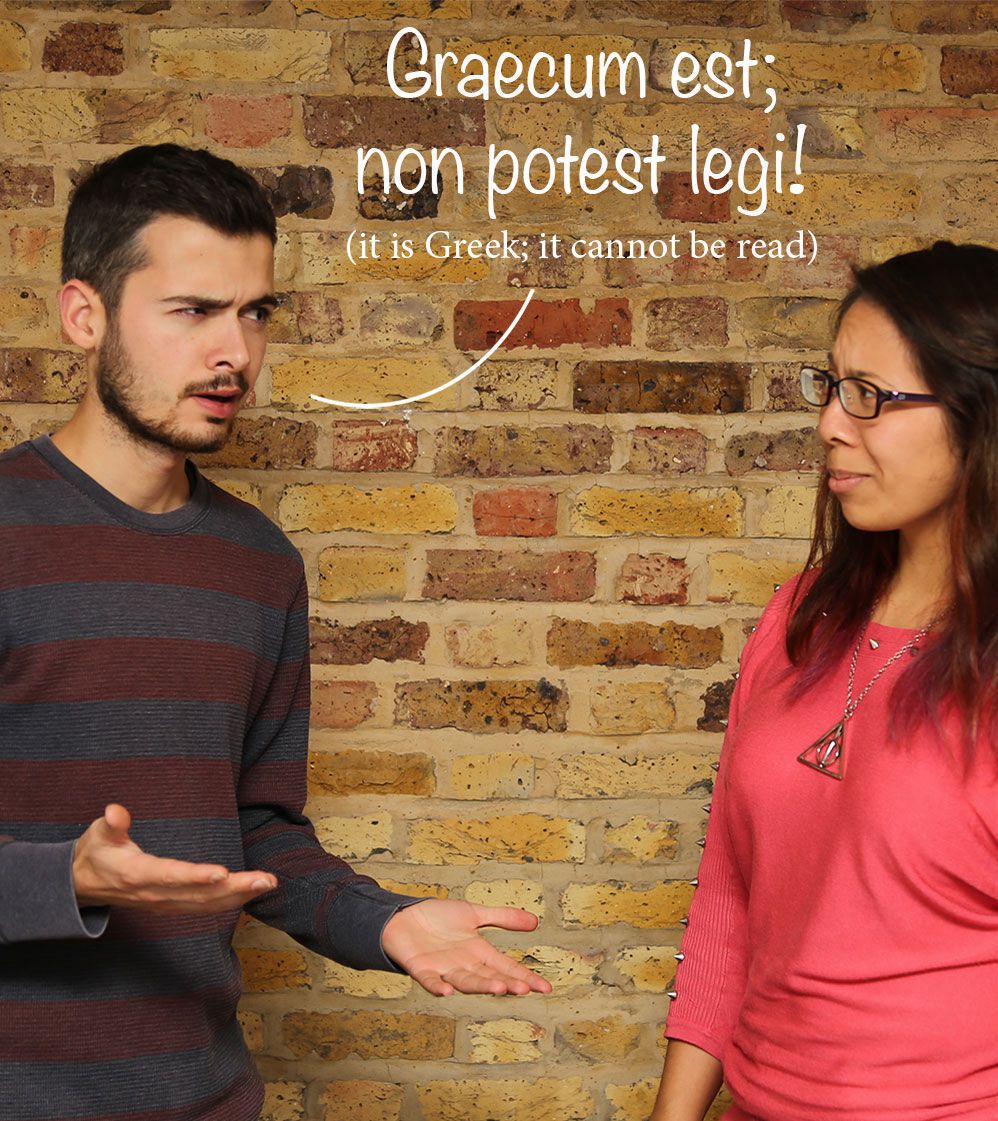 Sometimes the language of incomprehensibility is not a specific human language at all. For example a Chinese (Mandarin) speaker would use something that translates roughly to ‘Ghost’s script’, ‘Heavenly Script’ or ‘Sounds of the Birds’. And a Cantonese speaker might say, ‘These are chicken intestines.’ 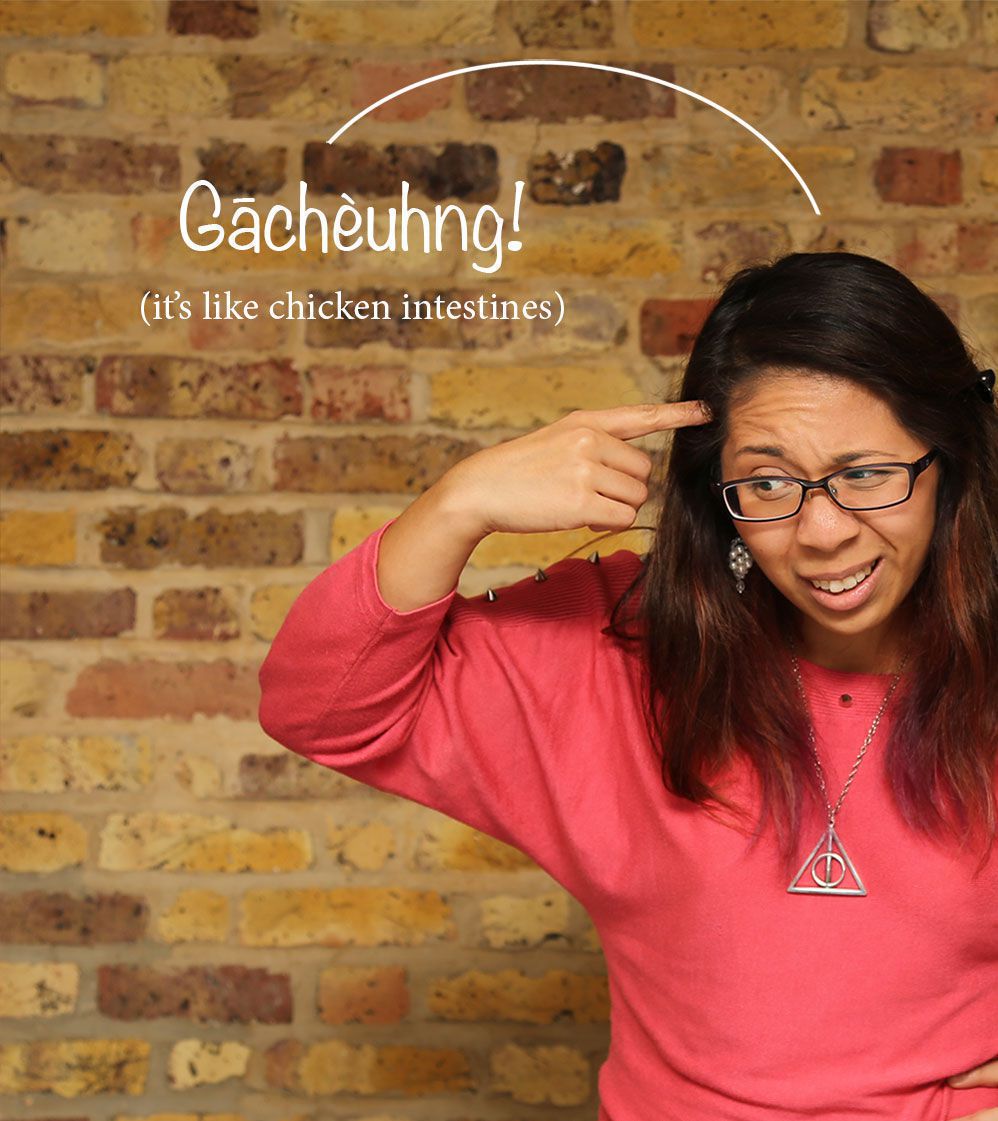 And how about a constructed international language, such as Esperanto? As a tongue-in-cheek reference, an Esperanto speaker would say ‘That’s a Volapük thing’, Volapük being another constructed language (with about 20 speakers).

How about you? What language do you use to mean ‘incomprehensible’? And is your language used by any other languages as a synonym for ‘impossible to understand’?

What does a person whose mother tongue is Greek, but who also speaks English, say in English when they want to say ‘It’s all Greek to me’?

3 thoughts on “How does a Greek person say ‘it’s all Greek to me’?”