How do you say ‘I have lost my rabbit’ in German?

Blogger Erika Holt is a big fan of languages and learning. In today’s blog post, she tells us why, and explains how knowing a little Greek helped her out in a sticky situation…

What made you start learning languages?

I have always found myself interested in languages.  I have a huge passion for reading and writing, I think that it stems from that, coupled with my hunger for learning new things.  I am slightly obsessed with learning, I always have my nose in a book or am completing an online course in one thing or another.  I just feel like there is so much to know. 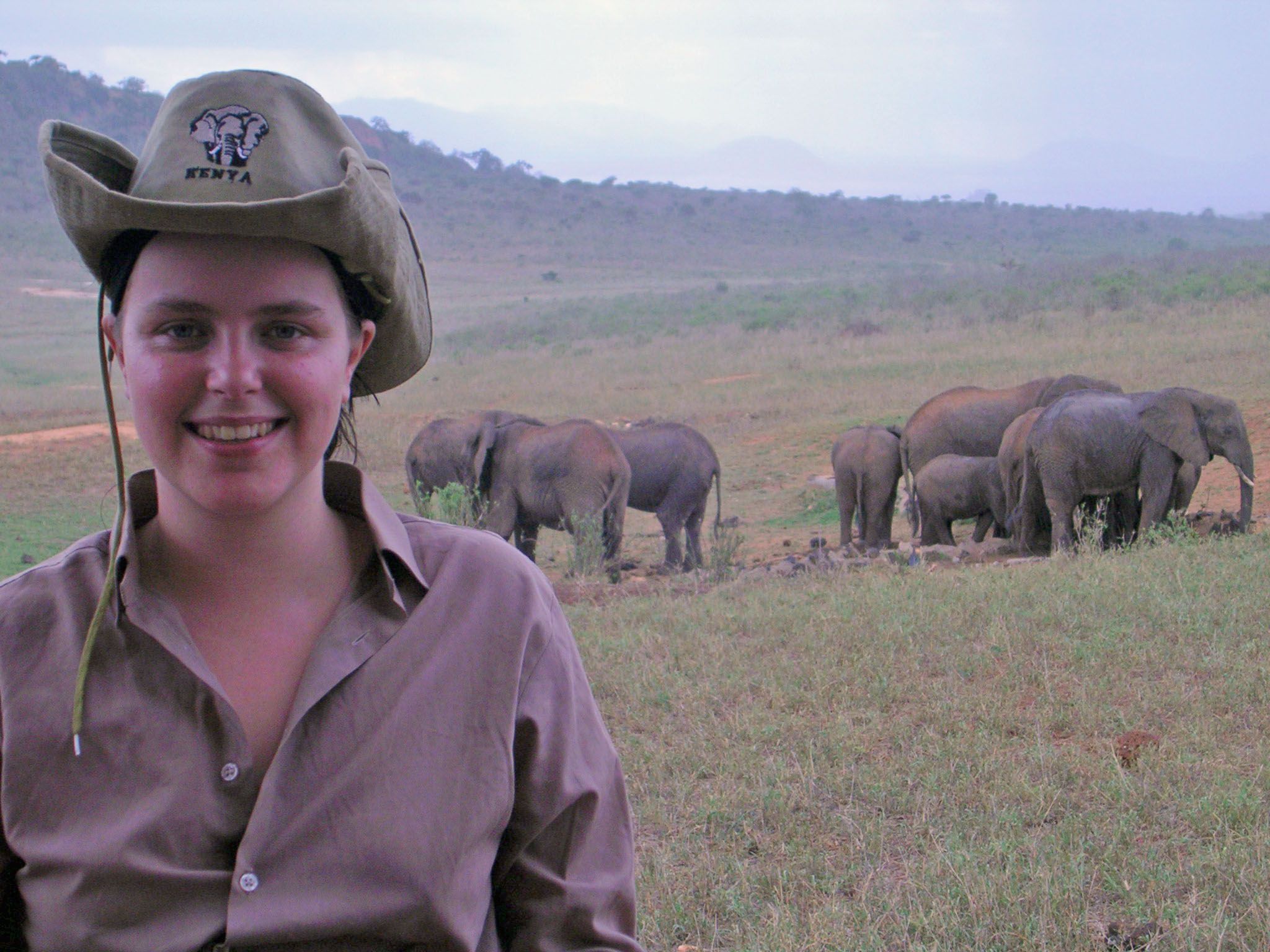 Erika in Kenya on her honeymoon

What gives you motivation to continue learning?

I just find it really enjoyable.  Years ago I would learn a language (as much as was possible), before visiting a country for a holiday, now it is more to give me the chance to explore more of the internet and books.  I also thoroughly enjoy the way various languages are connected, how one has influenced another and so on.

What do you find to be most rewarding about language learning?

It is definitely the moment when you absent mindedly come across the language and read/speak it without thinking, then realise what you have done.  It gives you access to so much more of the world and enables you to meet new people.

What were some of the challenges you faced and how did you overcome them?

My challenges stem from how my illnesses can affect my concentration, understanding and memory.  I find that having a mobile app really helps, it enables me to learn whenever I want to, rather than having to sit at a computer.  Apps also allow for a repetitive learning process, this lets me really cram that knowledge into my brain, over and over, this helps me to retain it better.

The apps are also good for days when I am bedridden; it can get so boring being stuck in bed, but having the chance to feel like I am still being productive makes a huge difference to me.

It is ‘Douitashimashite’ and it simply means ‘you’re welcome’ in Japanese.  I love the word, it is beautiful and rolls off of the tongue once you have learnt it.  The Japanese people are very polite, something I love, having been brought up in such a way that manners are extremely important.

I have to admit I also, for some reason, have a bizarre one lodged in my brain – ‘Was ist loss? Meine kaninchen ist weggalaufen.’ This translates to ‘What is wrong? I have lost my rabbit.’  Yep, this is one sentence I can not forget and I love saying it, I just need to talk to more German people! 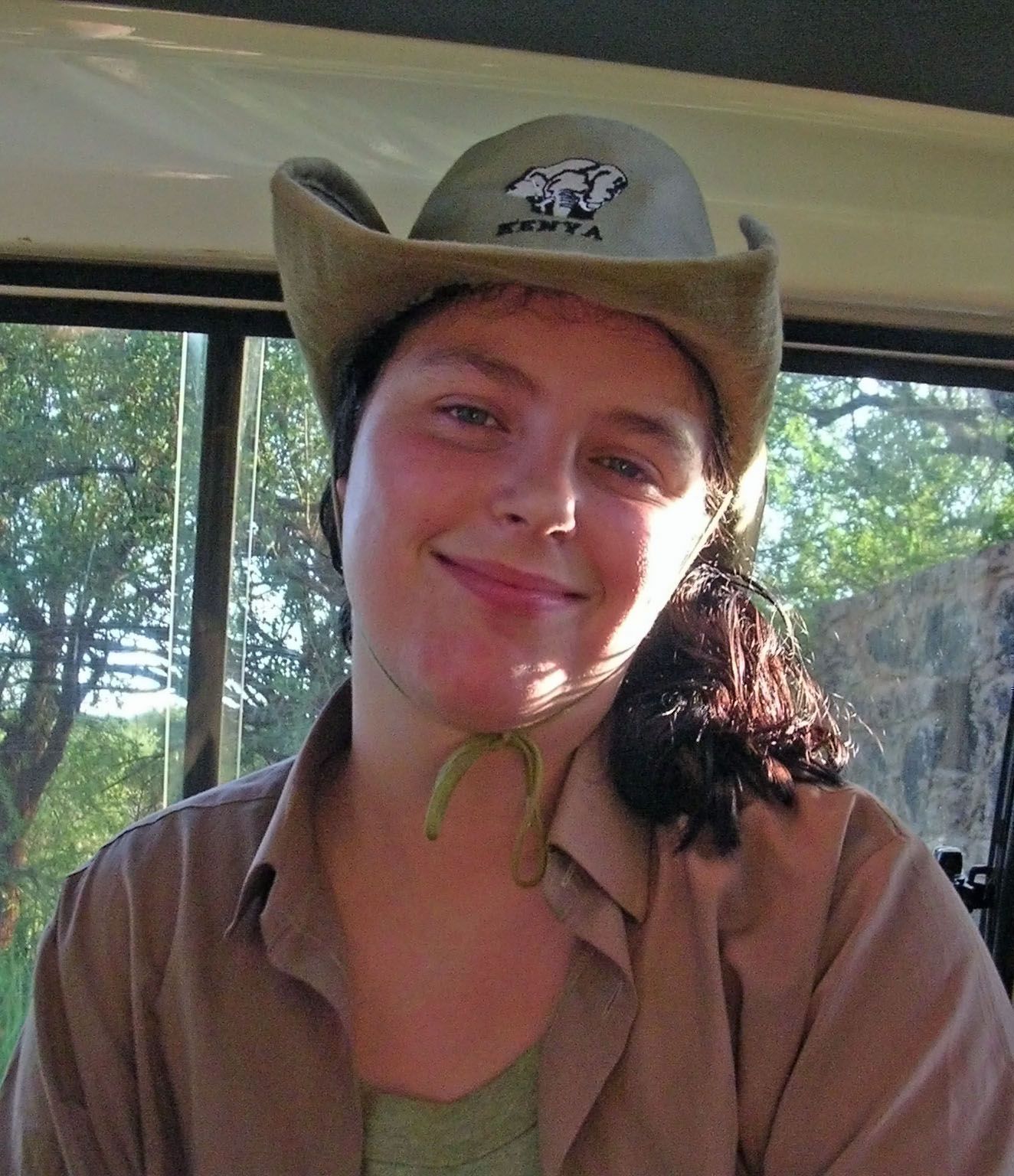 Any funny situations when you used Greek with a native speaker?

There was this one time when I visited Greece, the island of Kefalonia, which is a beautiful place.  I had learnt as much Greek as I humanly could before going on holiday, I was able to have a basic conversation and order food, drinks and so on.  It was a lovely experience and the Greeks really appreciated the effort I had made.

One morning I was walking along the stunning beach, which was practically deserted.  All of a sudden, as the sun was warming and the sea lapping at the shore, I could hear this woman’s voice.  At first I thought she was calling my name, as I moved closer I didn’t recognise her or the gentleman with her.  I realised she was shouting ‘Ella, ella’ which I believe means ‘come here’.  I went over and neither of the elderly people spoke a word of English – why would they, being Greeks, living in Greece?  So I had to use the minimal vocabulary and some questionable sign language to establish what was wrong.

Now I should set the scene a little: the gentleman was as thin as a bean stalk, wearing trousers and a shirt with braces, he even had a hat on.  The lady was his polar opposite, rather large and wearing just a swimming costume, she had this wild black curly hair that made her seem very odd to me and was obviously shouting at me in Greek.  It was a strange situation, what was worse was that both her and the old man were standing in the sea up to their knees.

The lady was getting more and more agitated that I didn’t understand her, it was early morning so I couldn’t go for help either.  Eventually, I worked out that both her and her husband were stuck, their feet had sunk into the sand and they couldn’t move.  I gathered that it was in fact the lady who had found herself in this situation and her lovely husband, who had been watching her swim from the beach, had ventured in to help and ended up being stuck himself, bless him.

So there I am, 5’3″, a little thing at the time, and I am trying to pull out this couple from the sea.  Of course I ended up in the drink myself, but managed to free the lovely pair after some rather awkward pushing and pulling.  I was proud of my good deed, but to my surprise the old couple turned and waddled off down the beach without a word, the old man being berated by his wife, leaving me drenched.

Read more from Erika on her blog, Eclectic Enchantments. You can also follow her on Twitter: @LacunaRaven

Do you have a language story to share? We’d love to hear from you! Email ioana@eurotalk.com for more details.