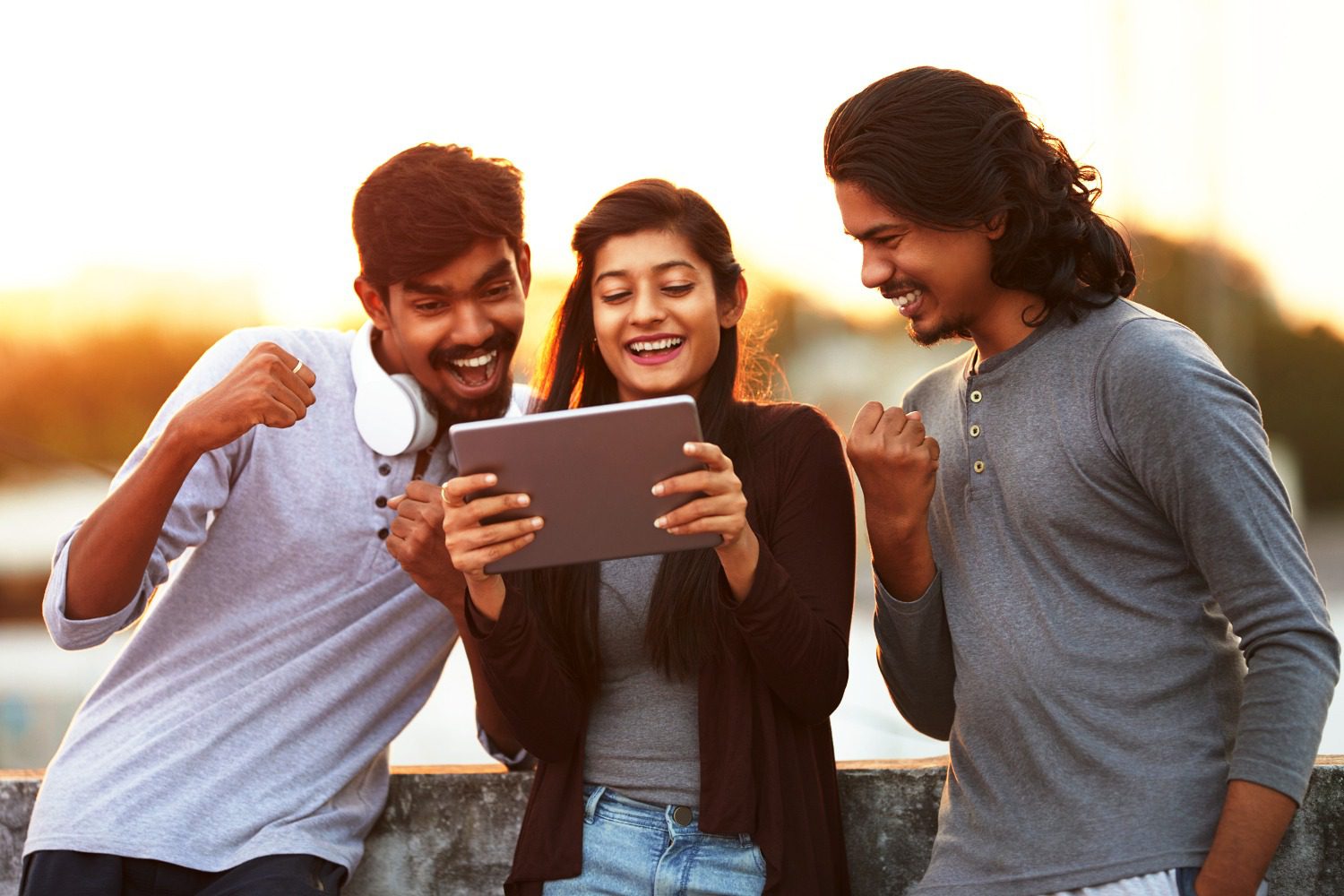 India is one of the most linguistically diverse countries in the world. But how many languages are spoken there exactly? What are they like? Today, we’re going to take a closer look. With 18 languages spoken in India recorded on the uTalk app already – and more in the pipeline – we need answers.

First things first: just how many languages are there in India?

Well, that’s the thing. Estimates vary, to the point where India might be the fourth most linguistically diverse country in the world, or maybe even the ninth.

Ethnologue says that there are a total of 463 established languages – 451 that are still spoken, 12 that are extinct. A census analysis released in 2018 stated that over 1,369 “rationalised mother tongues” are spoken across the country, a figure backed up by this BBC article from 2014, which says that 1,652 languages were listed in the 1961 census.

This means that India has anywhere from around 450 to 1,700 languages. So, a few more than the 180 languages in the Philippines (which we wrote about here on the blog before)!

However, most of the focus is on the 122 languages that have over 10,000 speakers and, within that, the 22 languages listed in the 8th Schedule of the Indian Constitution. These languages are recognised and given official encouragement. As well as this, six other languages are known as ‘classical languages’; languages that are considered to have a “rich heritage and independent nature”.

Many people you ask might say that India’s national language is Hindi, but this is not the case. It’s a natural answer to give, of course; Hindi has around 615 million speakers and back in 2001, 53.6% of the Indian population stated that they speak Hindi as either their first or second language.

However, as well as the languages that are indigenous to India, two others have historically had a pretty significant impact on the rest: Persian and English.

Persian was the court language during the Mughal Period in India. The Mughal Empire is said to have been founded in 1526 by a warrior chieftain from what is now Uzbekistan, who came down and took over huge swathes of Upper India. This imperial structure lasted strongly until 1720, which is when it was at its geographical height. However, after the death of its last major emperor, the Mughal Empire began to lose power. In its later years, it was reduced to the area in and around Old Delhi. After the Indian Rebellion in 1857, the British Raj formally dissolved the Mughal Empire, and so began a transition from Persian to English.

British trade and colonisation introduced the English language to the region. Still an important language in the country today, English is used in higher education, as well as in some areas of the Indian government. However, far fewer people in India speak English than many assume – in the 2011 census, just over 10% of people stated they could speak some English, making it the second-most spoken language in India after Hindi, though with 500 million fewer speakers.

But this post is about languages indigenous to India – so let’s take a look at those! Hindi’s position as the most spoken language is partly down to the fact that it is used as a lingua franca across a lot of northern and central regions. Skipping English, Bengali comes in second, with a significant number of speakers in the east and north-east.

What are the main languages spoken in India?

As you can see, there are 14 languages in India that have over five million speakers. We aren’t going to look at all of them – this post would end up way too long! – but we’ll be taking a closer look at these five: Gujarati, Malayalam, Bengali, Odia, and Telugu.

Gujarati is an Indo-Aryan language, which means it’s descended from the Indo-European family, just like Germanic (German, English, Swedish) and Romance (French, Spanish, Italian) languages are. Its most recent ancestor is Old Gujarati, which was spoken from around 1100 to 1500 CE. In India, Gujarati is the official language of the state of Gujarat. It’s also the 26th most widely spoken language in the world by number of native speakers.

As well as being spoken around the world, it’s a language you’re likely to hear on the streets of London – Gujarati is the fourth most spoken language in the UK’s capital. There are growing numbers of speakers in the United States and Canada, too.

Unsurprisingly, considering India’s history, Gujarati borrows plenty of vocabulary from Persian and English. There’s also a significant amount borrowed from Portuguese. But, this can go both ways! Some words, like bungalow, have been borrowed into English from Gujarati.

Malayalam has a significant number of household words that have their origins in Portuguese; for example, chāvi means ‘key’ (from chave), janāla means ‘window’ (from janela), and alamāra means ‘cupboard’ (from armário).

Malayalam is the 11th most spoken language in India, with around 38 million speakers. Scholars aren’t exactly certain which language Malayalam descended from, although the mainstream view is that it comes from Early Middle Tamil and separated from it sometime after the 9th century CE. In fact, the oldest documents written in Malayalam that still exist today are from around 832 and 849 CE.

Like Gujarati, Malayalam has its own script, which was originally written on palm leaves. The first history book written in the language was begun before 1773 and is written on both sides of 179 palm leaves.

Malayalam has also been influenced by other languages, most notably Sanskrit (as Malayalam is Dravidian, like Sanskrit, rather than Indo-Aryan) and English. However, it has borrowed words from many other languages, such as Urdu, Hindi, Chinese, Arabic, Dutch, and Portuguese. There are even Jewish Malayalam dialects, which feature loanwords and influences from Hebrew, Syriac, and Ladino.

In Bengali, the same word is used to say ‘to eat’, ‘to drink’, and ‘to smoke a cigarette’!

Bengali – or Bangla – is an incredibly widely spoken language. It has around 228 million native speakers and another 37 million second-language speakers, making it the seventh most spoken language by total number of speakers in the world.

Of course, Bengali is not only spoken in India; it’s the official and national language of Bangladesh, where it’s the first language of around 98% of the population. It is written using the Bengali script and is an example of a language that features diglossia. This is where two dialects of a language are used by a single community. In Bengali’s case, the literary and standard forms are very different to the colloquial speech used by people in different regions who are still speaking Bengali.

We covered Bengali briefly on this blog before, when we wrote about International Mother Language Day. The day came about as a result of protests for Bengali to be declared an official language of Pakistan. In East Pakistan, there are a substantial number of people who speak Bengali, and when Urdu was declared the sole national language of the country, many of these speakers protested. Ultimately, this led to the police opening fire and killing four student protestors on 21st February 1952.

Memorial protests were held afterwards, there were changes in government and, finally, Bengali was adopted as an official language alongside Urdu in the first constitution of Pakistan. This came into force on 29th February 1956, but International Mother Language Day is observed every year on the 21st February, in remembrance of those students.

The Odia word chimeyi jiba is used to describe biscuits that have been left out for a long time and gone soft.

Odia (formerly known as Oriya) is an Indo-Aryan language mainly spoken in the Indian state of Odisha. It has around 35 million first-language speakers (another four million speak it as a second language) and, like the other languages on this list, it has its own script.

Because it has a long literary history and because it hasn’t borrowed vocabulary extensively from other languages, Odia was the sixth Indian language to be designated a Classical language. This means that Odia, along with the other Classical languages, is promoted more extensively and there are awards and funds available for academics who work in or around the language.

The earliest pieces of literature written in Odia were composed in the 7th to 9th centuries. Most classical Odia literature was written for singing and was set to traditional Odissi ragas and talas. (The raga forms the basis of a melodic structure; the tala is used to measure musical time.)

Telugu is known as the ‘Italian of the East’ because its nouns so often end in vowels.

Telugu is the most widely spoken member of the Dravidian language family, with around 93 million speakers worldwide. It is spoken by Telugu people who live predominantly in the Indian states of Andhra Pradesh and Telangana (central/south-east India). It is also, as of 2018, the fastest-growing language in the United States, where there are over one million Telugu Americans. The highest concentration of this population lives in central New Jersey.

The Telugu language likely dates back to between 1000 and 1500 BCE when it is said to have split from the Proto-Dravidian language. Thousands of inscriptions exist that are written in Telugu, which means that linguists can track its history fairly easily; in 1985, there were estimated to be around 10,000 inscriptions that exist in the Telugu language, making it one of the most densely inscribed languages in the world.

Lots of people celebrate Telugu – and you can too! – on the 29th August. That’s because Telugu poet Gidugu Venkata Ramamurthy (1863-1940) was born on this day and he championed the cause of using a language that was understandable for everyone, rather than the scholastic language that was used at the time. This idea really came into force from the 1930s onwards, with the introduction of mass media like films, TV, radio, and newspapers.

What is the state of languages in India?

UNESCO lists 197 languages of India as endangered, broken down into the following subsections:

This means that almost half of the languages documented in India are endangered to some degree. However, these numbers are contested – and the figures from UNESCO are now over a decade old, so it is likely, as we said at the beginning, that there are far more languages that exist in India, and far more are also endangered.

What can be done? More recognition for smaller Indian languages would help, as well as ensuring there is a chance for these languages to be used in more than one domain. That is to say, for example, if a language is often used only at home, it should be encouraged to be used in education or work settings. This can be a difficult prospect in a country as populous and multilingual as India, but the restriction of a language to one domain is a sign that it may soon become endangered.

As more and more people become interested in language preservation and promotion, hopefully, we’ll see an uptick in the number of people learning and using Indian languages – even outside of India. After all, India has a huge diversity of languages, all of which have a rich cultural history, and many have thousands – if not millions – of speakers.

Importantly for many people, too, are the languages that make up part of their cultural heritage. Learning the languages of our forbearers is a powerful way to reconnect with the rich cultural history of where we’ve come from, as well as with the many thousands – if not millions – of speakers who remain.

If you’re interested in learning a language spoken in India, then click here to see all the ones we offer. You can start learning from as little as £2.99 a month!