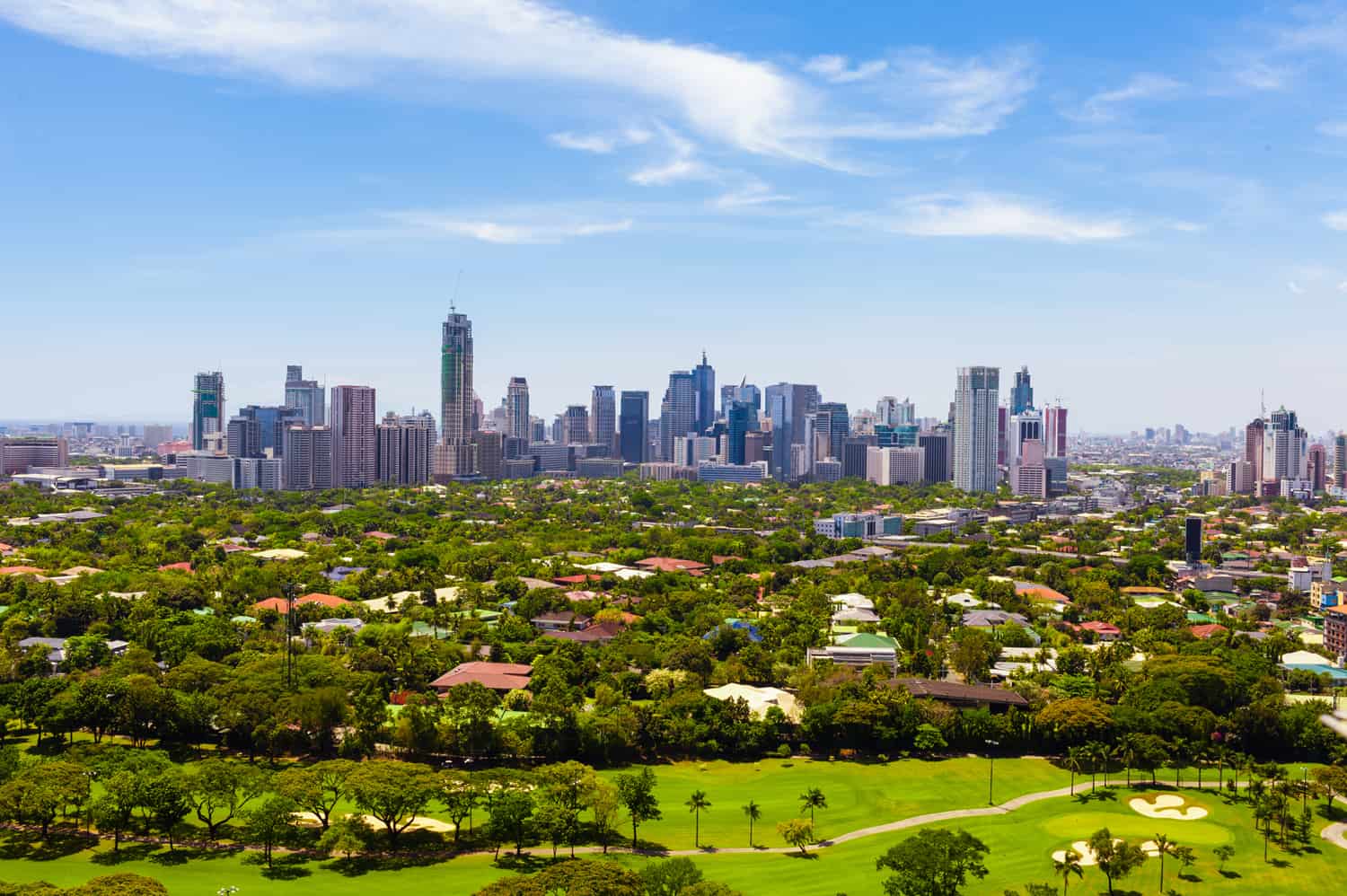 Ilocano, the third-most spoken language in the Philippines, is our language of the week this week. We’ve previously taken a look at Cebuano, but considering that there are 187 languages spread over 7,000 islands, that means there’s a lot more to cover! In this post, we’ll do a quick overview of the Philippines’ languages, their status and which ones you can learn with us.

How Many Languages Are There in the Philippines?
[hide]

With up to 187 languages (depending on how they’re classified), the Philippines is one of the most linguistically diverse countries in the world. That being the case, how has just one of these risen to be the national language and what does that mean for the others?

For the three centuries that the Philippines was under colonial rule, Spanish was the official language. In 1571, Spain established Manila as the capital of the Spanish East Indies, and the country was governed as a territory of the Mexico-based Viceroyalty of New Spain; after 1821 and the Mexican War of Independence, Madrid began to govern it again.

However, in 1898, after the Spanish-American War, the Philippines, along with Puerto Rico and Guam, were ceded to the United States. This led to a gradual decline in the use of Spanish, particularly after the 1940s, which was due in part to the fact that the 1935 Constitution added English as an official language alongside Spanish.

A provision in the 1935 constitution called for Congress to start developing and adopting a common national language based on one of the existing native languages—so, not English or Spanish. On 12th November 1937, the First National Assembly created the National Language Institute, which chose Tagalog to base the national language on on 30th December of that same year.

Filipino is also used as a lingua franca in all regions of the Philippines, as well as in overseas communities—this is especially notable in Hawaii. Ilocanos, the native speakers of, you guessed it, Ilocano, make up 85% of the Filipinos who live in Hawaii. However, as the Filipinos in Hawaii are a mixture of different ethnicities, with different native languages, most generally speak and understand Filipino.

Due to the number of languages spoken across the Philippines, most Filipinos are polyglots; they have to be to communicate with one another!

What are the main languages spoken in the Philippines?

Here, we’re going to be mostly looking at the indigenous languages of the Philippines. Four of them are already extinct, according to UNESCO: Dicamay Agta, Katabaga, Tayabas Ayta and Villaviciosa Agta.

The vast majority of the remaining languages belong to the Malayo-Polynesian branch of the Austronesian language family. If you don’t know what that means, don’t worry! Basically, it just means that most of the languages spoken in the Philippines are related to languages like Hawaiian, Malay, Samoan, Fijian, and Māori.

Four of the Philippines’ indigenous languages have at least nine million native speakers; these are Tagalog, Cebuano, Ilocano, and Hiligaynon.

Tagalog is most likely to have originated on the second-largest island in the Philippines, Mindanao, and the word ‘Tagalog’ literally means ‘river dweller’.

Filipino, the Philippines’ national language,  is Tagalog’s standardised form. Tagalog itself is spoken as a first language by a quarter of the population of the Philippines and, obviously, as a second language by the majority. In 2019, it was estimated to have 23.8 million total speakers; however, Filipino, as a second language, has 45 million speakers.

It contains words borrowed from other languages on the islands, as well as from English and Spanish. This can be easily seen when looking at days of the week: lunes, martes, miyerkules, huwebes and biyernes are very similar to their Spanish counterparts (lunes, martes, miércoles, jueves, viernes).

This Spanish influence can also be seen in the Tagalog word for hello—kamusta. It’s maybe less evident in paalam po (goodbye), though!

A commonly-used Cebuano slang word is ‘bai’, which you would use to refer to a friend (e.g. mate, pal, dude).

The Cebuano language, also referred to as Bisaya/Binisaya, is mostly spoken in the southern Philippines. It had the largest native-speaker population in the country until about the 1980s and is a lingua franca across a few of the regions where it is spoken. It was estimated to have 16 million speakers in 2005.

There are different dialects of Cebuano; its ‘standard’ form comes from the language spoken in southeastern Cebu, which gained prominence because it was adopted by the Catholic church as the standard for written Cebuano. Interestingly, Cebuano uses two sets of numbers: a native Cebuano version and a Spanish-derived version. Like the Tagalog days above, these numbers are not precisely the same as the Spanish, but they are similar. (Uno, dos, tres, kwatro, singko vs. uno, dos, tres, cuatro, cinco.)

Also like Tagalog, Cebuano takes its word for hello from Spanish, with kumusta being the key term here. Interestingly, the Cebuano word for goodbye, babay, likely takes its origins from English.

Ilocano is known to its speakers as ‘Samtoy’, which derives from the phrase ‘sao mi ditoy’. This means ‘our language here’.

The Ilocano language is spoken by an estimated 9.1 million speakers (2005), with two million additional second-language speakers (2000). Before the Philippines were colonised, Ilocano people had their own writing system, called kur-itan. Many other languages of the Philippines also had a writing system, but now they are almost all written using the Latin alphabet, albeit usually a Spanish variant.

Along with the other languages, it borrows many terms from Spanish and is also used as the language of instruction in schools across the Ilocos region, which it has done since 1897.

The Ilocano terms for hello and goodbye—kablaaw and mapanakon, respectively—are slightly further removed from their origins than their Tagalog or Cebuano counterparts, but there is still clearly a Spanish influence on kablaaw.

Hiligaynon is spoken by around 9.3 million people in the Philippines (2010), and is often referred to as Ilonggo. It has one of the largest native language-speaking populations of the Philippines despite the fact that it was not taught or studied formally in schools and universities until 2012.

It also borrows many terms from Spanish, having variants of days of the week and months of the year, but does have its own native numbering system which seems to be mainly used. Like Tagalog, the Hiligaynon word for hello is kamusta. However, for goodbye, people who speak Hiligaynon have a whole phrase: asta sa liwat!

There are also eight languages that have between one and three million native speakers—Waray, Bikol, Kapampangan, Pangasinan, Maranao, Tausug, Maguindanao, Zamboangueño, Karay-a and Surigaonon.

What is the state of languages in the Philippines?

With 187 languages all in close contact, it seems likely that usage of certain languages will change over time. As we’ve already said, four languages are considered extinct by UNESCO and they also list 11 as endangered, meaning that they are being used less and less in everyday life. In 2014, the North Dakota study listed 32 endangered languages across the Philippines, considering at least two of these to be extinct or probably extinct.

It seems likely that more and more languages will become endangered in the Philippines, both with the status of Filipino/Tagalog as the national language of the country, as well as the increasing importance of Cebuano and Ilocano. As these languages gain more status, they may well oust those that are considered to have less prestige, i.e. languages that are used only at home and not in an educational or work setting.

What can be done about this? Well, we always advocate for learning languages as a way to help promote their usage and increase numbers of speakers. Hopefully, the increasingly positive attitude towards native and indigenous languages around the world will help stave off extinction for any of these languages for the foreseeable future.

So, there are more than 187 languages in the Philippines, but how many languages are there in India? Turns out it’s a lot; check out our post all about it here! Oh, and see which languages from the Philippines you can learn on our app here!