Recently, Alex wrote about the way languages borrow words from each other. She pointed out that in English, we’re always using words from other languages, sometimes without even realising it, with déjà vu, karate and Zeitgeist being just a few examples.

But is this mixing of languages a good thing, or should languages remain ‘pure’?

Hoji Takahashi, a 71-year-old man from Japan, hit the headlines a few weeks ago when he sued the country’s public TV station, NHK, for the mental distress he’s suffered as a result of them using too many words derived from English. A couple of the examples given were toraburu (trouble) and shisutemu (system). 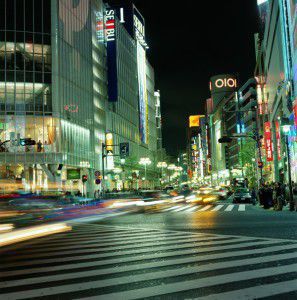 He’s not alone – many elderly Japanese people have trouble understanding these ‘loan words’, and the government has apparently been under pressure for over ten years to try and do something about the dominance of American English in Japan, which has been growing ever since World War II.

The lawsuit is quite controversial, with some dismissing it as ridiculous and others giving Mr Takahashi their full support. But whatever your view, it does raise an interesting question – one that we at EuroTalk often face when translating the vocabulary for our software. Should we go with the word that people most often use, or the one that’s technically correct in the original language?

It’s a difficult decision, particularly when translating for people who want to learn a language, because we know that we have a responsibility to get it right; language learners are putting their faith in us to teach them the correct words, so they’ll be able to speak to people and won’t be embarrassed by saying the wrong thing. But at the same time, the ‘correct’ word might not be the one that they’ll actually need when they get to wherever they’re going. This is particularly the case with African languages, where many words are adapted from French, and indigenous South American languages, where the Spanish influence is very clear. And it can be frustrating for someone who’s just starting to learn a new language to find that half the words are not actually in that language at all.

– In Maltese, the correct word for ‘airport’ is ‘mitjar’, but everyone says ‘arjuport’.

– In Swahili, although ‘tomato’ is ‘nyanya’, ‘tomato ketchup’ is known as ‘tomato’, although the technically correct translation is ‘kechapu ya nyanya’.

– In Tumbuka, when counting to 20, Tumbuka numbers are used, but beyond 20 the numbers revert to English.

There are many more examples, as we’ve discovered over the years and particularly when working on the translations for the new uTalk app. Each new translation is carefully considered and discussed to decide on the best choice from a practical point of view, selecting the word most people would actually use in real life – even if this means some people, like Mr Takahashi, don’t agree with the final result.

What do you think? Should language learning software teach a language in its purest form, or is it better to learn the words that are most commonly used, even if they’re borrowed from another language?