Recent news that the numbers of pupils taking a modern foreign language to A-level in the UK have fallen dramatically did not come as a huge surprise to me. According to the latest A-level results, there has been a 9.9% fall in candidates taking French, and an even more depressing 11.1% fall in those taking German A level.

This trend has been coming along for quite some time now, but why?

First and foremost, the general attitude to language learning at a societal and educational level is very poor. To native English speakers, languages are often seen as a ‘waste of time’, as ‘everyone speaks English’.  Well, allow me to dispel that notion! Although there are a lot of fantastic English speakers out there, only 22% of Spaniards, 39% of French people and 34% of Italians (for example) can speak English to a conversational level. The rates are higher in Scandinavian countries, but by no means everyone even has a basic command of English, let alone full fluency.  The idea that it is ‘useless’ is even more ridiculous – even if other people do speak great English, that’s no excuse for being the person pointing at things mutely on holiday, let alone for UK politicians and businesspeople refusing to communicate with business partners and policial allies in their own tongue. 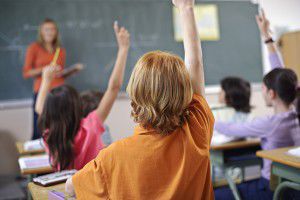 Secondly, languages are not taught well in many of our schools, and are not particularly encouraged. I was lucky enough to study French, German, Spanish and Japanese at GCSE, but there are many schools that only offer French, and even this is not compulsory. Languages are portrayed as difficult and often seen as being less necessary than maths, science etc. Whilst of course maths and science are vital, languages are essential to communication at every level, whether that is your holiday to France or a financial deal between Germany and the UK. Children also don’t start learning a language until they are around 12, when the best years for natural language absorption are coming to an end, and when teens often become self conscious about speaking a new language in front of school friends. I know I was very nervous about my oral exams at school, and still struggle to be very chatty in another language when I know I might make mistakes!

Here at EuroTalk we know that languages are not only essential but also loads of fun! So what’s the solution? Fortunately it seems that GCSE uptake of languages is on the increase, so maybe there is still hope. But from my perspective we need to introduce languages at a much earlier age in schools, offer a wider range of languages such as Mandarin and Arabic (both official UN languages), create a more open culture of chatting in another language without feeling embarrassed and worried about mistakes, and dispel the ridiculous notion that any other language than English is useless. Even if everyone else in the world learns English, we should be ashamed not to return the favour and at least have a go at saying ‘hi’ in their mother tongue.