Many people will already be aware of the national languages competition organised by EuroTalk each year, called the Junior Language Challenge. It’s open to all children aged 10 and under, and gives them an opportunity to learn three new languages and compete against other children from their region and ultimately from across the country.

The JLC starts in March and finishes with the final in October. And it’s a lot of work – from a technical point of view (our programmers have literally had sleepless nights getting the software up and running in time) and in terms of organisation. Running a competition like this isn’t an easy task, and with the semi-finals taking place over the next two weeks and the final still to come, it’s only going to get busier.

But I still love the JLC, and here’s why…

Firstly, the children taking part really enjoy it. It’s lovely for us to see their enthusiasm at the regional semi-finals and the grand final in London. Tension’s always high and sometimes there are even tears, which obviously isn’t a good thing in itself, but it does show how passionate the children have become about the competition. In 2011, Ben Fawcett from Chichester even returned early from his family holiday at Disneyworld to compete in the final – that’s what you call dedication.

Secondly, it gives children a love for languages that they can take with them into their future studies and career, and that they might otherwise have missed out on. Marliese Perks from Edinburgh, who reached the final in 2004, wrote to us shortly before she left for university to study Law and Spanish: ‘The competition inspired me to learn languages … little did I know at that age that Spanish and languages would ultimately become my passion … I can’t say thank you enough, you set me on this path and I am loving every minute of it!’ This is the goal of the JLC – to let children know that they can learn languages, and that it can be fun. Not only that but they don’t have to just learn the ones they’re taught at school; Marliese learnt Spanish, Greek and Saami. I’m not sure how often she uses her Saami these days, but what’s important is the JLC showed her she had the ability to learn it, which I think is pretty inspiring.

And finally, there’s a whole other side to the JLC. Each child who enters pays £2.50, and this money is used to purchase tablet devices for schools in Malawi, where class sizes are so huge, it makes teaching a near-impossible task. A tablet that can be shared by several children will fill the gap left by over-stretched teachers, and as a result will literally change lives. A basic education is something that every child should have, no matter where in the world they are, and the competition not only provides opportunities to youngsters in the UK, but it also makes a huge difference for children in Malawi too. I’m proud to be a part of it – albeit a slightly stressed out, panicked part.

To everyone preparing for a semi-final, good luck! To those who’ve already made it through to the final – congratulations, and see you in October 🙂 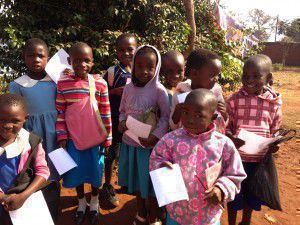