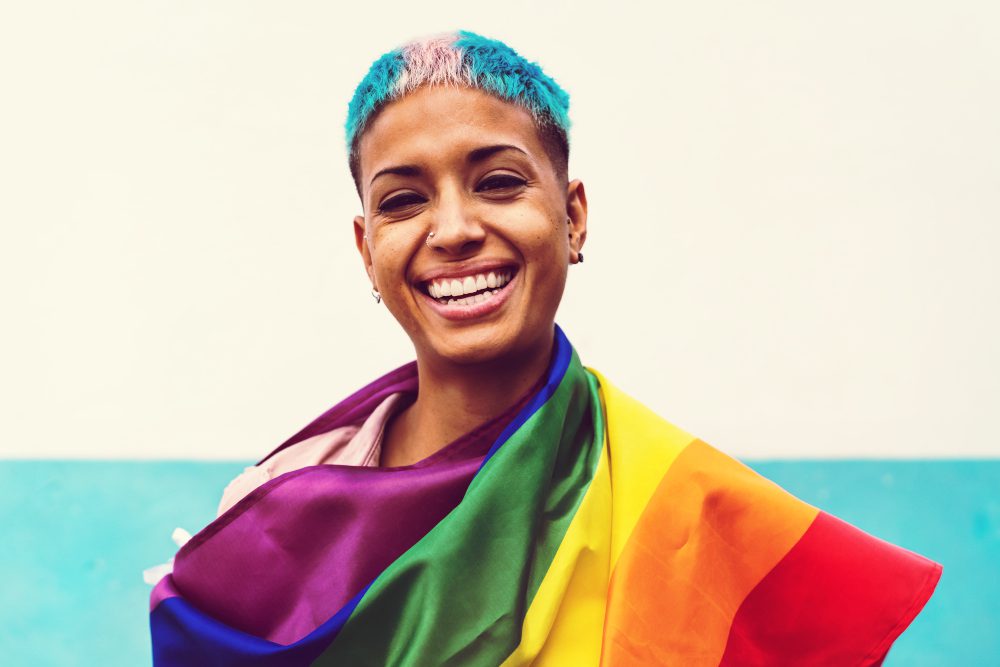 It’s Pride Month and one of the most colourful words in the English language – with more makeovers than Madonna and more dramatic life stories than Liza Minnelli – is the word ‘gay’!

Like every hero, ‘gay’ has an origin story, but even today, scholars are in disagreement over the precise journey it took to reach the level of fame (or infamy) it commands nowadays. So, let’s piece together the history of this flamboyant one-syllable and learn about the incredible historic events that shaped it into one of the most celebrated yet misunderstood three-letter words in the English language.

The prevailing theory is that ‘gay’ came from Old Germanic, originally sounding like ‘gahi’, which meant ‘fast’ or ‘quick.’ ‘Gahi’ eventually became ‘jäh’ in modern German, meaning ‘abrupt’, ‘sudden’, ‘steep’ or ‘sheer’. Pretty fitting for a word with so many sudden changes in meaning over the centuries.

From there, it somehow ended up being borrowed by the French, who turned it into ‘gai’, meaning ‘cheerful’, ‘merry’ or ‘happy’. Sounds familiar?

Sometime between the 11th and late 15th centuries, ‘gai’ crossed the English Channel and ended up as ‘gay’, but kept its French meanings – ‘cheerful’, ‘happy’, ‘merry’, and ‘lively’.

Not only did merry old England warm up to this French newcomer, but the word became deeply entrenched in the English language. Gay would stubbornly cling to its ‘cheerful/merry/happy’ meaning for over five hundred years until well into the mid-20th century.

But there were speed bumps along the way. Unknown to many, ‘gay’ was developing a naughty side.

When a ‘gay woman’ was a sex worker!

In 1857, a satirical cartoon was published in Punch magazine. It showed two women talking at midnight; one was wearing lower-middle-class women’s clothes, while her much more expensively-dressed friend stands in a doorway with an expression of annoyance on her face.

“Ah! Fanny! How long have you been gay?” asks Bella, the one in the less-fashionable outfit.

Meanwhile, Fanny stares at her angrily. The reason? Fanny, the lady in fine clothes, has been ‘gay’ (i.e. she’s been working as a sex worker) and her friend has just found out. The ‘Great Social Evil’ in the title refers directly to sex work in Victorian England.

Sometime in the late 17th century, ‘gay’ began to develop a secondary meaning. It now also meant, alongside ‘happy’ and ‘cheerful’, ‘addicted to pleasures’. And in those days, ‘pleasures’ often meant illicit sexual activity.

Hence, a ‘gay man’ was a man addicted to sex who frequented brothels (‘gay houses’) and consorted with ‘gay women’ (sex workers). ‘Gay’ was slowly becoming a negative word.

The dawn of a new meaning

By the 1950s, ‘gay’ had become a well-established word for describing people who enjoyed hedonistic lifestyles, be they hetero- or homosexual. But it was a decade later, during the 1960s, that ‘gay’ became strongly associated with homosexuality. And the language evolved even further.

By the 1970s, the term ‘gay man’ had become firmly entrenched in its current meaning, referring only to ‘homosexual men’, which was a far cry from just a hundred years earlier, when it meant ‘womaniser’ or ‘sexually uninhibited man’.

The 21st century and beyond

Nowadays, the word ‘gay’ has become an acceptable self-identifier for many members of the LGBTQ+ community. However, along with the new meanings came microaggressions from other segments of society.

Among boys and young men, ‘That’s gay!’ has become an insult, rather like ‘That’s rubbish!’ This usage is found most often among younger males in North America/the UK and research shows that young men with friends in the LGBTQ+ community use the word ‘gay’ in a much less pejorative way than those without. Exposure and familiarity appear to be the best ways to combat this negative usurping of the word ‘gay’.

Time will tell whether this usage persists or, like so many language trends, ‘gay’ might develop new forms and meanings in times to come! The word ‘gay’ itself has certainly come a long way through the centuries. From a wandering Germanic word meaning ‘quick’, it evolved first into ‘cheerful’, then ‘sexually uninhibited’, before finally coming to mean ‘homosexual’. Who knows what’s next?

1 thought on “The Origins of the Word ‘Gay’”