Everyone has individual tips and specific techniques on how to learn a language quickly and effectively, ranging from immersing yourself in the culture of the language to listening to hours of vocabulary when asleep. During my final year of secondary school I had to learn French, to a very high standard, in around six months, so was more than willing to try any tip that people provided, however ridiculous they initially sounded.  One of the most successful of these recommendations was listening to familiar songs in French. This began with Disney songs, including those from The Lion King and The Little Mermaid, and then later transitioned into pop songs ranging from Bruno Mars to Celine Dion. 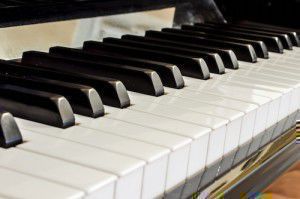 The key to this method of learning is being familiar with the lyrics, and subsequently being able to attribute each lyric you hear to the corresponding line in English. Whilst instant translation can normally be a struggle, the tune and the story told through the song aid a learner’s ability to translate much more quickly, and eventually remove the need to translate at all. By the time the song has been played for the fifth or sixth time, the language becomes familiar and instinctively understood. Listening to The Lion King on repeat for an hour, as instructed by my French teacher, means that I will never forget the word for ‘king’ in French.

When learners become slightly more confident in their language, it is a great step to listen to a few songs which were originally written in the language being learnt. Obviously even the complete beginner is welcome to listen to native songs, but it can seem very overwhelming at first. Songs tend to move a lot quicker than normal conversation, and so it’s very easy to get lost in the speed of the lyrics and not take a lot in. However perseverance, as with any aspect of language learning, is key. Find a song that is relatable and enjoyable and listen to it a few times. If necessary the English translations for pretty much every song are available somewhere on the internet, and can help the initial process along. This process is how I discovered a genuine passion for French jazz, led by the multilingual Ben L’oncle Soul.

Have you incorporated songs into your language learning, or even discovered a passion for songs in another language? Let us know!

Want to join our blogging team? Email liz@eurotalk.com to find out more.