Today’s post is by our Italian intern, Ambra Calvi, a film fan who’s noticed some interesting translations of movie titles…

One of the main pleasures of learning a new language is getting to that point when you are able to watch a film in that language, and you start to understand bits and pieces. Nowadays, it’s become fairly easy to get hold of foreign titles. In the UK in particular, the range of titles available is very diverse, sustained by a long standing interest in so-called “world cinema”. On top of the usual foreign Oscar contenders every year, you can also catch the latest works of an upcoming Turkish director, or challenge yourself with a Thai action film, or spend the afternoon with a gripping Argentine drama. 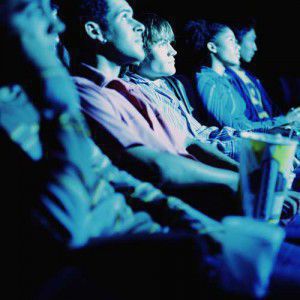 However, when a film is made available to international audiences outside the nation where it was made, it has to go through an essential process: the translation of its title. This is just one part of the bigger process of localisation which involves translating and adapting all the dialogues for subtitling or dubbing, but it’s an essential part. The title is the film’s immediate presentation, its way of attracting viewers, giving them a hint of the story and instiling some expectations about the experience they are going to have. Together with the poster, those few words can be crucial for the success of the film.

Growing up in Italy and being a film buff from a very early age, this is an issue that I’ve had to deal with quite a few times. At weekends, when choosing which film to watch from the leaflet of my local multiplex, if I didn’t know some films I would naively rely on the way their titles sounded. Unfortunately, this wasn’t always a good idea. I soon realised that somewhere in the mysterious places where the films were prepared for the Italian market, some people were using their creative flair to catastrophic results.

I’ll give you some examples: have you ever seen Crystal Trap? Doesn’t ring a bell? That’s because it’s the title under which Die Hard was released in Italy in the Eighties (as “Trappola di cristallo”). What about The Fleeting Moment? No? Well, that was Dead Poets Society (“L’attimo fuggente”). More recently, you could have seen posters of Bitter Paradise (“Paradiso amaro”), and had it not been for George Clooney sitting on a Hawaiian beach you would have never recognised The Descendants.

After keeping an eye on this worrying trend in the past years, I can now group these frequent translation oddities in recurrent categories: 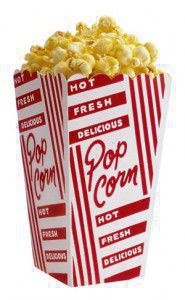 There are – unfortunately – hundreds of other examples, but this is enough to show how a bad title translation can completely alter the destiny of a film, consigning some masterpieces to oblivion only because they are mistaken for something completely different, or because they sound like cheap b-movies. While in some cases of films with short, simple titles, keeping the original version can be the best solution, generally speaking Italian distributors should really make an effort and try to come up with creative, honest ideas to maintain the intention of the director. After all, Italy has a great tradition in literary translation, so I don’t see why we shouldn’t do our best when it comes to films as well.

If anyone has any other examples of strange film title translations, we’d love to hear them!

1 thought on “The Trouble with the Title”