Valentine’s Day is here again, and like a lot of people, I’m a bit fed up with it. I’ve lost count of the number of emails I’ve received over the last few weeks, inviting me to use Valentine’s as an excuse to buy everything from chocolates to an iPad – I even got one suggesting I should hire a private jet (yes, really) to surprise my loved one. 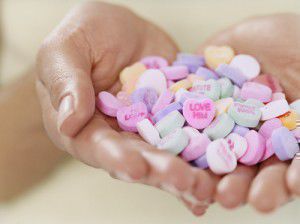 Here in the UK, Valentine’s Day is very much a day for couples, and has become known as a very commercial holiday. The usual traditions are cards (sometimes anonymous), flowers, chocolates and candle-lit dinners. But not all countries celebrate in the same way (or even on the same day). Here are a few alternatives:

If you thought celebrating Valentine’s once a year was enough, think again. In Japan February 14th is just the start, when women give chocolate to the men in their life. This doesn’t have to be just boyfriends and husbands but can also include co-workers and friends. Then on March 14th, which is known as ‘White Day’, the men give the ladies a gift of greater value (sounds good to me!). Going one step further, in South Korea, the 14th of every month is a love-related day of some kind. On April 14th, anyone who didn’t get a gift in February or March is expected to go out and eat black noodles in recognition of their single status.

In some areas of Latin America, Valentine’s is known as ‘Dia del Amor y la Amistad’ (Day of Love and Friendship). It’s celebrated with ‘Amigo secreto’ (Secret friend), which is similar to the Secret Santa tradition at Christmas and involves buying a gift for a friend selected at random.

In Catalonia, Spain, loved ones exchange gifts on Valentine’s Day and also on 23rd April, which has become known as ‘El Dia del Llibre’ (Day of the Book) because it’s the day that both Miguel Cervantes and William Shakespeare died (in 1616). Women traditionally give men books as gifts, while the men reciprocate with either a book or a rose. Bookshops and cafes hold book-signings and public readings to celebrate the day.

Finland celebrates ‘Ystävänpäivä’, which means ‘Friend’s Day’. Although it is becoming an increasingly popular day on which to get engaged, the main focus of the day in Finland is to celebrate friendship of all kinds, and presents are exchanged between friends as well as lovers.

And finally, France. A (now banned) custom used to be held, known as the ‘loterie d’amour’. Single men and women would enter houses facing each other and call to one another until they were all paired off. Afterwards, any women who were left single would build a huge bonfire and burn images of men who had hurt them, whilst screaming abuse at them. Eventually the ‘loterie’ was banned by the French government. I wonder why.

So, Happy Valentine’s Day everyone, wherever you are and whether or not you’re part of a couple – we all have special people in our lives, so let’s celebrate them 🙂 Will you be doing anything special or unusual to celebrate? Let us know!