Today’s post is written by Simona, who’s from the Czech Republic and working with us here at EuroTalk on the translation and recording of the maths apps. Read on to discover how the Czech language names the months of the year, and to find out how you can win a free EuroTalk download or uTalk app…

Most learners of foreign languages encounter months of the year soon after they start studying. If you have ever tried to learn months of the year in German, French, Italian, Spanish or Russian, you probably found it simple because they are quite similar to the English ones. The reason is those words were derived from Latin. This is not the case with Czech and Polish (with the exceptions of marzec [March] and maj [May] in Polish). But as a native speaker of Czech, I will focus in this post on the Czech names for months. Our terms are derived from words connected with weather, cycles in nature and land cultivation. Let us have a look at what the Czechs call months of the year and what the words mean: 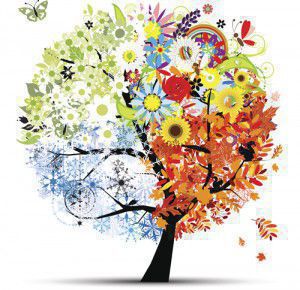 January = leden: led means ice in Czech; weather in the Czech Republic in January is severe with average temperatures below zero.

March = březen: this word was probably derived from an adjective březí which means gravid (used solely with animals) or from bříza, a birch which begins to sprout in the Czech Republic in March.

April = duben: dub is a Czech word for an oak which begins to sprout in April.

August = srpen: srp is a sickle used mostly in September to harvest crops.

September = září: zářit means to shine and the verb is often used in the context of sunshine.

October = říjen: říje is a word for the rutting season of deer.

November = listopad: listopad is a compound word which consists of list – a leaf – and pád – a fall. November is the month when trees lose their leaves.

December = prosinec: the word is derived from proso, which means millet. Historically, December was a harsh month for people in my country. They had to rely on their food supplies, which were limited, and therefore usually ate simple meals. One of the commonest was millet mash.

It is noteworthy that although the Czechs and Slovaks were one nation for so long and the Czech and Slovak languages are like two peas in a pod, the Slovaks call months Január, Február, Marec, Apríl and so on, following the Latin model.

Working for EuroTalk has brought me a lot of experience – not just the professional one for my budding translation career, but it also helps me to get some distance from my mother tongue and realise that what we sometimes consider natural and pretty obvious in our language, others from different cultural backgrounds may find interesting. A stay abroad and communication in a foreign language make you look at things with new eyes.

Do you want to win a free EuroTalk download or uTalk app? Here’s your chance…

In your language, are the months named according to the Latin model? If so, can you come up with some more exciting names for them? We’re offering a free EuroTalk download or uTalk app for the most original suggestion (chosen by us!). Post your ideas in the comments below – with explanations – before 19th August to be in with a chance to win 🙂