The first thing you need to do before embarking on a trip to a foreign land is to start learning the language. This will not only impress the locals, but will also make your visit easier and more enjoyable. In this hectic era, however, you may be forgiven for not dedicating the time necessary for learning a new language. In such instances, one might rely on a translation app to help fill in the gaps in your knowledge. But are these apps really an alternative to learning the language?

Of course you will continue to learn a lot while you are abroad. Simply engaging in conversation and navigating the signs and menus will put your skills to the test and improve them in the process. You can use any spare time to enhance your language learning with apps like uTalk. It’s a handy way to learn 111 languages while you’re on the move. 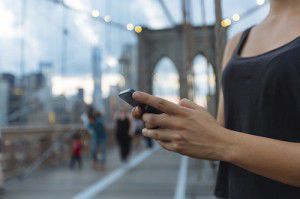 If you are really stuck though, and haven’t managed to learn anything but a few basic phrases, then you may turn to a different kind of app. iOS, Android and Windows Phone all offer some great apps for translating speech in real time. It’s the sort of technology that was previously associated with science fiction, but now you can download it for free. The Google Translate app is one of the most popular real-time speech translation apps for Android and iOS, and it works in 50 languages. Skype also launched a real time translation option recently, and although it is probably the most advanced in terms of technology, it’s only available in two languages at present. Technology like this will inevitably change the way we think about global travel.

I have tested many of these apps and have found that they can be a godsend when you are searching for that one elusive word to help you get your point across. You can also try to convince a bewildered local to speak into the phone in the hopes that the voice recognition software and the translation software work well enough to produce a coherent sentence. Unfortunately such apps are still a long way from perfect, as factors such as regional dialects and background noise can seriously impact the quality of the translations.

There are also practical problems posed by using a translation app in a restaurant or train station. You shouldn’t be surprised to hear irritated grunts of derision from locals, especially if there is a queue behind you. That’s why far from being a substitute for language learning, these apps are at best a means to supplement a traveller’s existing language skills.

At first such groundbreaking technology seems as though it holds the revolutionary potential to knock down language barriers and make language learning redundant. But although the level of technology available now is far beyond what it was a decade ago, there’s still plenty of room for improvement. It takes a human mind to understand the nuances of language and intended meaning. These apps might be great for ordering food on holiday, but you can’t use them to have meaningful conversations or to translate literature. The day such apps finally make language learning redundant will be the same day that translation technology replaces professional translation services. 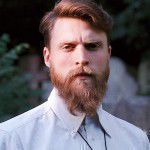 Author biog: Tom Rowsell is a writer and language enthusiast from East London. His fascination with language began while studying Old English literature at University.

1 thought on “Are translation apps really the answer for travellers?”