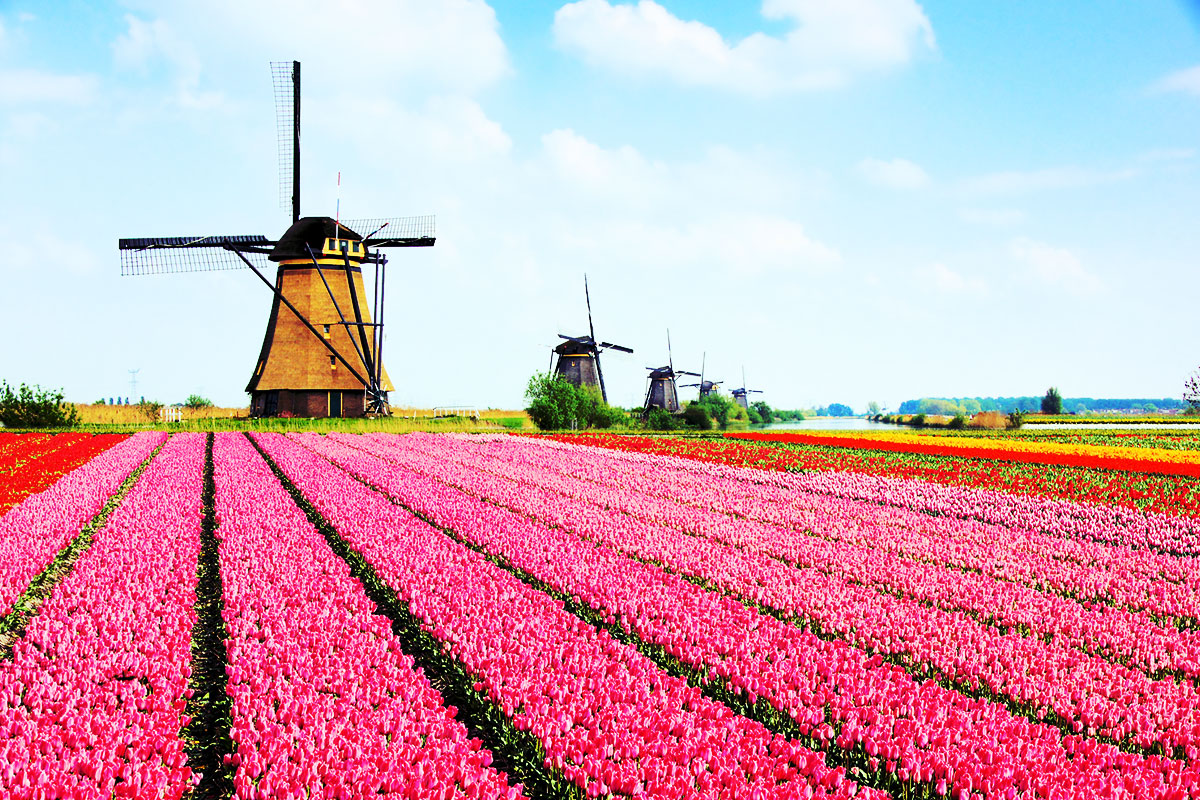 Let us help you get familiar with the days of the week, months, and seasons in Dutch by delving into their fascinating derivations. From a month linked to Thor, god of thunder, to another linked to the god of justice Thingus (yes, really!), there’s lots for you to discover. Along the way, you’ll also learn the Dutch word for ‘day after tomorrow’ and its largely forgotten counterpart in English.

Days of the Week, Months, and Seasons in Dutch
[hide]

You’ll notice that months (and, below, days of the week!) in Dutch aren’t capitalised like they are in English.

Like English, on the other hand, the names of the months are derived from the Latin, which is why so many of them look so familiar. September, November, and December should be very easy to learn!

Days of the week in Dutch

Although there might not appear to be quite as many similarities between the English and Dutch days of the week, there are some connections there.

Maandag traces its roots all the way back to the Proto-West Germanic word *mānini dag, which means ‘day of the moon’. This is also where ‘Monday’ comes from.

This word is descended from the Middle Dutch dinsendach. It probably originates in the Proto-West Germanic *þingsus-dagaz, which means ‘Day of Thingsus’.

Thingsus, also known as Tiw or Týr, was the name of the Germanic god of justice.

The word ‘thing’ comes from similar roots. The Proto-Germanic word was likely *þingą, which originally meant ‘assembly’. This was a public assembly or a judicial council, hence the relation to Thingsus. Its meaning evolved and the word then came to mean a specific issue discussed at such an assembly. Later, it more broadly came to mean ‘an object’.

This can be seen similarly in Latin-based languages, where causa, meaning legal matter or case, has evolved into words like cosa, which in both Italian and Spanish, means ‘thing’.

The word ‘Tuesday’ has a similar meaning to dinsdag, though it comes from a different root. The Proto-West Germanic *Tīwas dag meant ‘Tiw’s Day’. This became tīwesdæġ in Old English, then Tewesday in Middle English.

The Dutch word woensdag originally came from the Proto-West Germanic *Wōdanas dag, which meant ‘day of Woden’. This was a calque (a loaned translation from another language) from the Latin dies Mercurii. Wednesday, in English, comes from the same root.

Woden is one of the names of the Norse god Odin; so Wednesday is Odin’s Day.

Do you know which Germanic god Thursday (and donerdag) is named after?

That’s right – Thursday is Thor’s Day. Donar is another name for Thor and donder means ‘thunder’ in Dutch. ‘Thunder’ is also where one of Santa’s reindeer gets its name!

Like with Thursday and donderdag, Friday and vrijdag come from the same Proto-West Germanic root – *Frījā dag, which is a calque of the Latin dies Veneris, Venus’ Day. In Latin, this refers to Venus, the Roman goddess of Love.

In the Germanic word, the association is with the Germanic goddess Frigg, who is associated with marriage, prophecy, clairvoyance, and motherhood.

In both Dutch and English, zaterdag and Saturday mean ‘Saturn’s Day’. Proto-West Germanic *Sāturnas dag was a calque of dies Saturni.

Saturn was associated with time, generation, agriculture, and wealth, among other things. The Roman winter festival of Saturnalia, which took place in December and involved feasting, role reversals and gift-giving, was to celebrate Saturn.

You might think that Sunday (and zondag) are associate with the sun… And you would be correct to think so! Both terms derive from Proto-West Germanic *sunnōn dag, a calque of the Latin dies Solis, meaning ‘day of the sun’.

The meaning of ‘Sunday’, then, hasn’t really changed over time!

As you can see from the seasons, summer – zomer – and winter – winter – are very closely related to English and come from the same roots. But where do the words for spring and autumn come from?

Where does the Dutch word lente come from?

The Dutch word for spring, lente, traces its origins back to the Proto-West Germanic word *langatīn. This word is itself made up of *lang, meaning ‘long’ and *tīn from *tīnaz, which meant ‘day’. Combined, the word means ‘long day’, because the days in spring get longer.

Where does the Dutch word herfst come from?

The Dutch word for autum, herfst, traces it origins all the way back to Proto-Indo-European.

Herfst comes from words that originally meant ‘to harvest’, as autumn is harvest time! This can also be seen in an older Dutch word for ‘September’ – herfstmaand, which literally means ‘harvest month’.

Here are some other words you might find useful if you want to talk about when things are happening.

Interestingly, a single word for the ‘day after tomorrow’ also exists in English (overmorgen in Dutch). In English, it is ‘overmorrow’, but it isn’t often used nowadays.

Although ochtend is often used to mean ‘morning’ in Dutch, you might also hear morgen or voormiddag. That’s right – morgen can mean both ‘tomorrow’ and ‘morning’ in Dutch, which is the same as in German. Don’t worry, though. The meaning should be clear from context.

Did you enjoy learning about how to say days of the week, months, and seasons in Dutch? Don’t forget to let us know!

All the Dutch words and phrases in this post can be found in the Calendar topic on our app. Learn Dutch with uTalk and you’ll learn a total of around 2,500 useful words and phrases that are helpful for any occasion. Play games, score points and, most importantly, have fun.