Our post today is by Izabella Klein, who’s been working with us to translate our maths apps into Brazilian Portuguese. Izabella’s post is about the importance of getting to know your target audience as a translator, and understanding more than just the words used.

Have you ever read an article, document or webpage in your own language that you can clearly see has been translated from another language? The sentences don’t really make sense, or have wordings that are not commonly used where you come from or where it’s been published. Do you get bored or lose interest because of this? I would say most likely yes!

Reason number one I will disregard, because I strongly do not recommend this option for translation. But let’s go a bit deeper into reason number two, and look at why many translations are not handled carefully, to catch the attention of the readers, or even just make them understandable.

Let’s take the English language as an example. How many different countries in the world speak English as a first language? USA, England, Australia, some of Canada, some of Africa and even more. But, although it is all English, each one of them has a particular way of communicating; they use different words, they have different local parlance, slang and so on. Spanish is another language spoken worldwide as a first language; take Spain, Argentina, Colombia, Mexico, Chile, Peru, Venezuela and Ecuador for example. And even if we talk specifically about Spain, they still have other variations, such as Catalan and Galician. 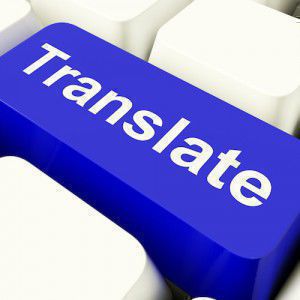 So, even if someone is fluent in a specific language, that doesn’t mean they are capable of translating perfectly to that language in any place in the world where this is the native language. You must understand the minimum of their culture, their slang, and how they usually communicate something that you are interested in communicating to them.

I’ll take myself as an example. I’ve been working for Japanese people for the last couple of years as a linguist, using Portuguese and English as source and target languages. In the beginning it was a hard task. Much of what was said or written to me was difficult to understand: their awkward accent, the different words they used (words that are in the dictionary, but I’d never really heard people saying them on a daily basis), or incomplete sentences. So I had to get used to their weird English sentences, sometimes just random words that I had to put together like a puzzle and figure out the missing words. But, in the end, it was just a matter of adapting to their culture, or to JapanEnglish as I call it. Now, I feel 100% confident while working with them. I had to spend a year studing their different habits, and basically dig a way into making myself understandable in their language, in this case JapanEnglish.

I can also take my internship at EuroTalk as a second example of my work experience. I worked in app localisation, focused on teaching maths to very young children. Some might say it must have been an easy task. But actually it was not that easy. Children are different from adults, they use different vocabulary and they can easily get distracted. Plus, you can’t use a completely different vocabulary than teachers use at school, because the main idea is to reinforce what they will learn or are already learning at school; otherwise you might just confuse them, which will mean unhappy children and parents.

I know that for most linguists time is money, as it is for most people, but a piece of advice from what I have learned during my career is, take some time and effort to study your market. I believe that if you do, your chances of boosting your career are greater.

10 thoughts on “Do you know who you’re talking to?”