Welcome to the wonderful language that is emojis 😁 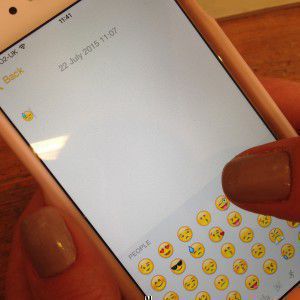 Emojis are much, much prettier to look at than a bunch of ones and zeros though, aren’t they?

Yes, we know. Emojis can be confounding to us too. But a language is a language, and language learning is good for our cognitive reasoning 😇

So let us give you a little introduction into the wonderful world of emojis, see if we can entice you in or relieve you of your confusion. Here are some reasons why we vote emojis as our new favourite international language.

It’s #WorldEmojiDay ! (Yes, it exists…) See if you can solve our quiz For help: https://t.co/wkstHtiOKE pic.twitter.com/gQGnKy4X5C

Please come Christmas shopping with me?

Enjoy your holiday in Cyprus!

Join me for a cheeky drink after work?

We could go on. But we’d probably get silly.

So the next time someone shows disdain for your messages full of emojis, you are well within your rights to reply with a 😝 that says hey, I’m learning a new language here!

Are you for or against emoji? Tell us what you think!