Everyone’s had that embarrassing moment in a language class when the teacher asks a question and it’s followed by total silence. Nobody wants to answer; nobody wants to risk saying something wrong. You all look at the floor and hope someone else will say something, and pray the teacher won’t single you out. Because improvising in a new language can be a scary thing to do. You’re not sure whether what you’re saying makes sense or, worse, you manage to say it OK but then someone answers you in fluent, rapid speech and you look at them blankly, no idea what they said. It’s a vicious circle with language-learning:  you don’t want to be the one to speak up and get something wrong, but if you don’t practice, you’ll never get better, and then you’ll make more mistakes. 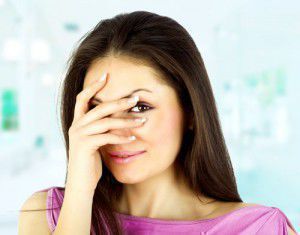 But I think that the most fun part of learning a new language is the mistake making. When you confidently ask directions and, none the wiser after receiving them, randomly stride out in one direction, pretending you know perfectly which way to go, only to be called back by your guide who explains, in greatly simplified terms and with more gestures, that he was telling you to go to the right, not the left. It’s embarrassing, you feel like an idiot, but it is quite funny afterwards, and, perhaps more importantly, you remember ‘right’ and ‘left’ next time you ask.

I’ve always thought that people who learn languages can be broadly divided into two groups: those who learn set phrases perfectly and by heart, and never deviate from them; and those who improvise on what they know, having the courage to get things wrong along the way. I’ve always admired the determination of people in the second group, partly because when they speak they have more of a chance of conveying things they actually want to say, rather than, say, pretending to enjoy the hobbies that all beginners are made to learn. I never really mean it when I say ‘I like playing cards in my spare time’, but it’s a safe option and I know I can say it right. Really I want to explain in depth my passion for shark fishing, but you have to be adventurous to try that out and get the sense across…

So, in the spirit of overcoming our inhibitions about making mistakes, I’m going share with you one or two problems I’ve encountered in my language-learning, all of which I can look back on with a fractionally-wiser grin and a chuckle.

I started learning Russian several years ago and when I went to the country I discovered (to my dismay) that the language is riddled with pitfalls for unsuspecting foreigners. Stress is unmarked in Russian, and yet it is very very important, so if you guess that it goes on the wrong syllable you quite often end up saying something totally different to what you intend. For example, замок zAmok is a castle but замок zamOk is a lock, and you just don’t know unless you learn them. Also, with case endings mutating words all the time, you end up with a long list of words that, while different in their nominative form, can be easily mistaken in a sentence. And then there are all the words which just sound very similar, especially to the untrained ear. One of my favourite Russian hazards is the confusion between мука mUka (torment), мука mukA (flour) and муха mUkha (a fly)… I’m fairly certain I’m not the only one who’s been in a Russian supermarket and asked, ‘Can you show me where the flies are, please?’

And of course, for the careless learner, there are always so many other mistakes you can make. On my first week in Russia, rather overawed and not very good at the language, I tested my skills with the very basic phrase, ‘Where is the post office’, Где почта Gdye pochta? Sadly, I had misremembered the exact word for post office and ended up asking,  Где  почка？Gdye pochka?, Where is the kidney? It was not very well received.

And it’s not just because Russian is full of these little difficulties that I fall into traps: it’s easy to get things wrong in any language. For example, I’ve recently taken up Catalan in my spare time and have been trying to use all my vocabulary as much as possible, but only last week I emphatically responded to a Catalan friend’s ‘How are you?’ with a world-weary ‘Estic casada!’ (I’m married) when of course I really meant ‘Estic cansada’ (I’m tired). Embarrassing, but at least it’s not something I’ll be getting wrong again in the near future.

I could write pages of these little mistakes (I really could!) but perhaps it would be more fun to hear from you some similar stories of language traps you’ve fallen into in the past, and how you’ve learnt from them?